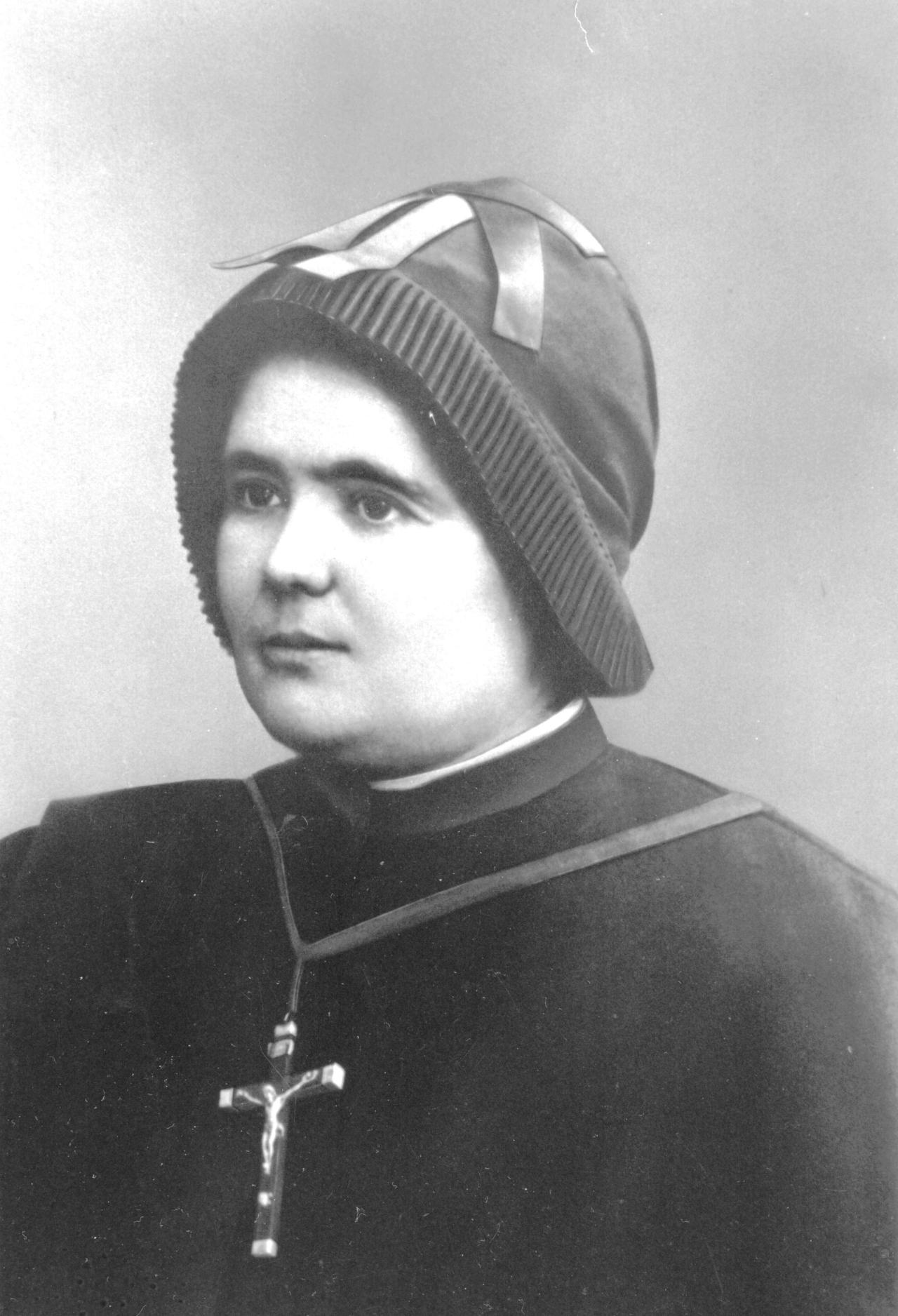 A Blessed Who Gives Hope
Mother Clelia Merloni (1861–1930), foundress of the Apostles of the Sacred Heart of Jesus, will be beatified today, November 3rd, at 11:00 in the morning, in the Basilica of Saint John Lateran.

Mother Clelia’s life was a study in failure, desolation, rejection, and solitude, but confidence in the Sacred Heart of Jesus sustained, even in the darkest hours; confidence gave her hope and, in the end, hope triumphed.

Mother Clelia’s special grace is to show that the workings of God are not always linear and tidy. So many souls suffer anxiety and bewilderment because they are led through life along twisting and dark paths with apparent dead–ends, apparent failures, and exhausting attempts at beginning afresh. Mother Clelia gives hope to such souls. She will shine in the Church as the icon of those who are judged to be failures, who do not measure up to the norms set in place by the professionals of religion, who find themselves outside the criteria put in place by those who see, not as God sees, but as men see. “Not where man’s glance falls, falls the Lord’s choice; men see but outward appearances, he reads the heart” (1 Kings 16:7).

Reparation
I pray that the Apostles of the Sacred Heart of Jesus will always remain open to those whom “the wise and prudent” (Matthew 11:25) judge unsuitable, and remain poor, humble, and uncomplicated in the face of success, prestige, and the drive to professionalism. “Be it so, Father, since this finds favour in thy sight” (Matthew 11:26). The summons to reparation, integral to the charism of the Apostles of the Sacred Heart, will become more and more compelling. The daughters of Mother Clelia are called, in this moment of the Church’s life, to enter deeply into the mystery of reparation, first of all by allowing themselves to be repaired by a divine action that is so secret and silent as to be nearly imperceptible. Every time a soul drops her defences and goes before Our Lord saying, “Repair me by whatever means your Heart judges best,” that soul is, effectively, participating in the reparation of the whole Church, and of other souls incapable of taking even the first step towards being repaired. Mother Clelia’s long solitude and apparent failure unmasks the dangers and illusions of activism, of worldliness, and of much talking. The spirit of Mother Clelia was, at the end of the day, one of abandonment, of solitude, of hiddenness, and of prayer with tears. How like the Heart of Jesus in Gethsemani! “Christ, during his earthly life, offered prayer and entreaty to the God who could save him from death, not without a piercing cry, not without tears; yet with such piety as won him a hearing. Son of God though he was, he learned obedience in the school of suffering” (Hebrews 5:7–8).

The Grace of Salutary Failure
Many things will be said and written about Mother Clelia Merloni over the next weeks. Let not the essential be forgotten. Mother Clelia was led along the ignominious way of the Suffering Servant. Hers was the paradoxical grace of salutary failure, of rejection, and of an indescribable solitude.

He will watch this servant of his appear among us, unregarded as brushwood shoot, as a plant in waterless soil; no stateliness here, no majesty, no beauty, as we gaze upon him, to win our hearts. Nay, here is one despised, left out of all human reckoning; bowed with misery, and no stranger to weakness; how should we recognize that face? How should we take any account of him, a man so despised? Our weakness, and it was he who carried the weight of it, our miseries, and it was he who bore them. A leper, so we thought of him, a man God had smitten and brought low; and all the while it was for our sins he was wounded, it was guilt of ours crushed him down; on him the punishment fell that brought us peace, by his bruises we were healed. (Isaias 53:2–5)

Mother Clelia’s Special Grace
There will always be a temptation to rewrite the lives of the saints with a view to making them appear successful, normal, and palatable to the tastes of current trends. Mother Clelia takes her place among the marginalized of the institutions of the Church. She calls into question many of the things that today are judged reasonable, right, and forward–looking. I sensed something of Mother Clelia’s special grace many years ago when I had the privilege of praying for the first time in the room in which she died: a place of silence, of solitude, of hiddenness, of a mysterious identification with the Eucharistic Heart of Jesus, that is, with the Heart of Jesus beating in the silence, the solitude, and the hiddenness of the tabernacle. Mother Clelia’s was the quiet trust of the Psalmist: “Dark be the valley about my path, hurt I fear none while he is with me” (Psalm 22:4). I think of Mother Clelia Merloni choosing to remain hidden behind a screen: a very apt image of her life–long configuration to the Heart of Jesus in Gethsemani and in so many forsaken tabernacles: “And his look was as it were hidden and despised, whereupon we esteemed him not” (Isaias 53:3).