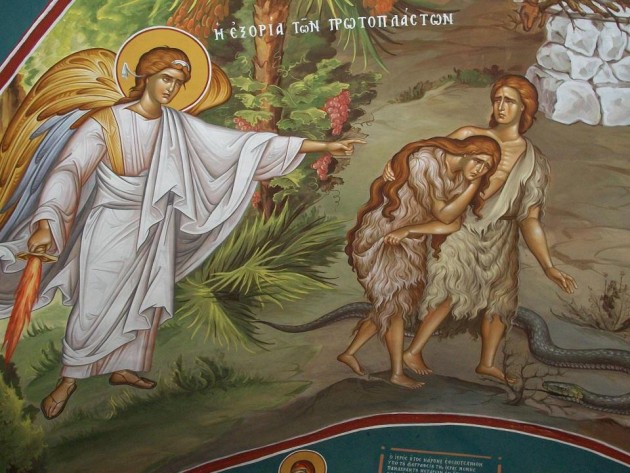 Looking toward Holy Pascha
Tomorrow is Septuagesima Sunday. In three weeks our heads will be marked with the ashes of penitence. A special time of preparation for Lent emerged in the liturgy of the 6th and 7th centuries. The three Sundays preceding Ash Wednesday were called Septuagesima, Sexagesima, and Quinquagesima, meaning respectively, the seventieth, sixtieth, and fiftieth days before Pascha. The First Sunday of Lent is, of course, Quadragesima, the beginning of the Lenten fast of forty days.

Evil Limited by Divine Mercy
The seventy-day period that begins with Septuagesima recalls the seventy-year exile of the children of Israel in Babylon. Seventy is the perfect number, signifying that God has fixed for us a delay of mercy to pass from the anguish of sinful Babylon to the beatitude of Jerusalem. “How shall we sing the Lord’s song in a foreign land?” (Ps 136:4). We do well to recall Pope Saint John Paul II’s assertion that, “the power that imposes a limit on evil is Divine Mercy.” The seventy days before Pascha signify this, and so become a season of hope for all who sit and weep by the waters of Babylon (cf. Ps 136:1).

Seven: A Mystical Number
At the same time, the history of the world is divided into seven ages. The first is from the creation of the world to the flood; the second, from the renewal after the flood to the call of Abraham; the third from the covenant with Abraham to the call of Moses; the fourth from Moses to King David; the fifth from the reign of David to the Babylonian exile; and the sixth from return from captivity to the birth of Christ. With the birth of Our Lord comes the seventh age: the appearance of the Sun of Justice who rises over the world “with healing in his wings” (Mal 4:2). This seventh age of “these last days” (Heb 1:2) stretches until Christ’s second coming as Judge of the living and the dead. The seven weeks before Pascha are a review of salvation history.

The Pastoral Wisdom of Septuagesima
The traditional Roman Rite marks Septuagesima Sunday by putting away the Alleluia; the Gloria is omitted and, already, the priest dons violet vestments in preparation for Lent. Sound psychology and practical pastoral wisdom indicate the need for a kind of countdown before Ash Wednesday, lest Lent come upon us all of a sudden, finding us flustered and ill prepared.