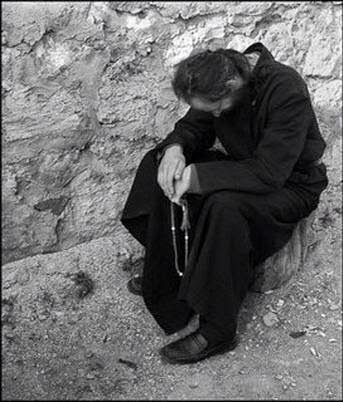 CHAPTER XXV. Of Graver Faults
2 Mar. 2 July. 1 Nov.
Let that brother who is found guilty of a more grievous offence be excluded both from the table and from the Oratory, and let none of the brethren consort with him or speak to him. Let him be alone at the work enjoined him, and continue in penance and sorrow, remembering that dreadful sentence of the Apostle, “That such a one is delivered over to Satan for the destruction of the flesh, that his spirit may be saved in the day of the Lord.” Let him take his portion of food alone, in the measure and at the time that the Abbot shall think best for him. Let none of those who pass by bless him, nor the food that is given him.

The brother who commits a more grievous offence—this would be a public sin involving grave matter and a hardening of the heart against the grace of repentance—obliges the abbot to pronounce a sentence of excommunication against him. Cassian speaks of this kind of excommunication in Book II, Chapter 16 of The Institutes. The brother who falls under this sentence is segregated from the community united at both the common table and the altar. Saint Benedict speaks of such a brother’s exclusion both from the table and from the Oratory. The common table points to the communion of the altar. The monastic refectory has a sacral quality about it; the very arrangement of the furnishings and the liturgical prayers that precede and follow the meal impart a eucharistic character to the common meal. In the excommunication for more grievous faults, Saint Benedict links the common table to the altar, because such a fault is a breach of holy communion and a wound inflicted on the Body of Christ.

The passage from First Corinthians that Saint Benedict quotes is, one must admit, frightening. Saint Paul says:

Here, Satan is presented as the instrument by which God inflicts salutary sufferings on the sinner as a means to bringing him round to repentence. Paradoxically, Satan, who inflicts his torments on the sinner, can be his own undoing. A man must sometimes, before returning to God, descend into the depths of degradation, and suffering, and despondency. People in Alcoholics Anonymous sometimes speak of loving an addict enough to allow him to “hit bottom”. This is sometimes referred to as “tough love”. It is a terrible thing when, having tried everything else, one is obliged to cut off a loved one, and even risking losing him, in the hope of saving him.