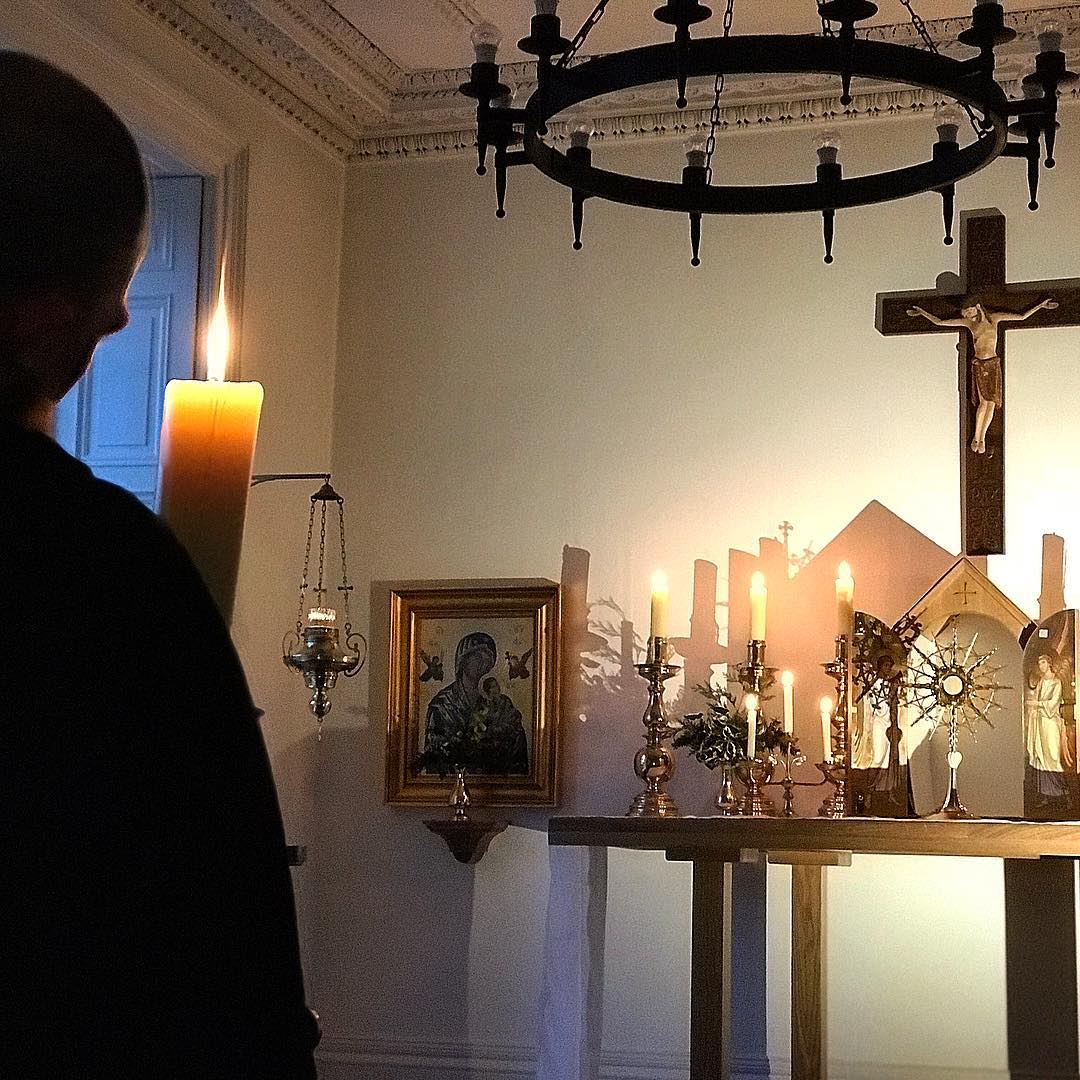 Anger
The movement to anger is damaging both to the brother in whose heart it arises and to those around him. Anger, be it of the expressed sort — harsh words and gestures — or of the repressed sort — moodiness, withdrawal, stony silence — is always toxic. The brother who allows himself to grow angry compounds his sin when he begins to justify his anger or when he begins to make excuses for it. “I would not feel the way I do if Brother Wilburt had not done this thing or said that.” “If I am angry it is because Father Serapion made me so.” “I am right to be angry because what Brother Yvo said or did is so wrong.” A brother begins to open his heart to grace when he says, “If I am angry it is because I am proud and because I cannot bear to be contradicted, corrected, humiliated, or overlooked.”

Revenge
Revenge is a very old sin; it is so old that it is found even in small children on the playground. “I will get you for that!” “You just wait!” “I’ll make you pay for that!” Small children grow up, and some of these enter a monastery, bringing inside them the vindictive little child of the playground. “You wronged me, so I shall punish you.” “You offended me and I shall not let you forget it.” “I shall never forget what Father Humbert said to me 1946!” There are people who nurse and nurture old offenses. Over time, the original offense is magnified until, in one’s memory it becomes a terrible outrage.

Never hold onto an offense. Place it on the head of the scapegoat and send the scapegoat into the desert never to return. What do I mean by this? Refuse to cohabitate with the memory of old offenses. Above all, never sleep with the memory of old offenses. If you take them to bed with you, you will wake up with them in the morning. Every evening, review the day and if, in the course of the day, you suffered any offense, injury, slight, or injustice, make an act of forgiveness towards the brother who offended you, verbalizing your forgiveness aloud, if necessary. Then give the memory of the offense, injury, slight, or injustice to the Lamb of God who takes away the sins of the world. Memorize the words of the prophet Micheas:

Who is a God like to thee, who takest away iniquity, and passest by the sin of the remnant of thy inheritance? he will send his fury in no more, because he delighteth in mercy. He will turn again, and have mercy on us: he will put away our iniquities: and he will cast all our sins into the bottom of the sea. (Micheas 7:18–19)

Guile
Guile in the heart is duplicity. The man full of guile makes a feigned peace. Guile is, more often than not, a away of manipulating others and of getting one’s own way. It is to hold to one thing inwardly and to show another thing outwardly in order to produce the desired outcome. The man who is guileless does not dissimulate. Our Lord admired this virtue in Nathanael: “Jesus saw Nathanael coming to him: and he saith of him: Behold an Israelite indeed, in whom there is no guile” (John 1:47). The man without guile shows himself to God and to his brethren as he is. At the same time, guilelessness must not be used to justify being harsh or unfriendly. “This is how I feel; you have to deal with it.” The antidote for the poisons of guile and vindictiveness is the contemplation of the Infant Christ, of the Suffering Christ, and of the Sacred Host.

He was offered because it was his own will, and he opened not his mouth: he shall be led as a sheep to the slaughter, and shall be dumb as a lamb before his shearer, and he shall not open his mouth. (Isaias 53:7)

Not to Forsake Charity
Saint Benedict enjoins his monk not to forsake charity. To forsake charity means to give up on another. One forsakes charity when one says, “I am done with him.” One sees this in families. Aunt Myrtle said something disparaging about Aunt Rhoda’s asparagus quiche to Aunt Nellie. Rhoda hears about it from Nellie and resolves never to bring another asparagus quiche to a family gathering again. In fact, as she ruminates over the offense, she resolves never to be in the same room as Myrtle again. Ruminating still more, she rings up Nellie and says, “I am through with Myrtle. She has insulted me for the last time. I will not put up with it. If she is going to be at the next family gathering, count me out.” This is to forsake charity.

Monks are sometimes tempted to forsake charity: to say or, at least, to think, “He will never change. I am done with him. I will not work with him or, if I must work with him, I will make it clear that I want nothing to do with him.” This is a very grave sin. What is the remedy for temptations to forsake charity? It is to recall our own infidelities, betrayals, and sins, and then to recall that Our Lord has never stopped loving us, never withdrawn from us, never washed His hands of us. A brother tempted to forsake charity ought to read the Improperia of Good Friday on his knees.

I scourged the first-born of Egypt for your sake:
yet you scourged me and handed me over.

O my people, what have I done to you?
How have I offended you? Answer me!

I plunged Pharaoh into the Red Sea and plucked you out of Egypt’s hand:
yet you handed me over to the high priests.

I parted the sea before you:
yet you parted my side with a lance.

I led you as a pillar of cloud:
yet you led me into Pilate’s palace.

I gave you saving water from the rock to drink:
yet for drink you gave me gall and vinegar.

I struck down for you the kings of the Canaanites:
yet you struck the head of your King with a reed.

In your hands I placed a royal scepter:
yet upon my head you placed a crown of thorns.

I raised you up in great power:
yet you raised me up on a cross.

O my people, what have I done to you?
How have I offended you? Answer me!

Humility, Silence, and Love
The 22nd to the 33rd Instrument of Goods Works invite us to return again and again to the mysteries of the Infant Christ, the Suffering Christ, and, above all, to the silence of the Host. The heart’s most treacherous movements are quieted and stilled when one goes to Our Lord in the Sacrament of His Humility, of His Silence, and of His Love, and remains there at His feet, laying everything before Him. “Thou hast set our iniquities before thy eyes: our life in the light of thy countenance.” (Psalm 89:8). To do this, it is not necessary to use words, nor to make complicated explanations, nor to sort things out. It is enough to go before Our Lord and to abide, humbly and quietly in His presence, donec transeat iniquitas.

Have mercy on me, O God, have mercy on me: for my soul trusteth in thee. And in the shadow of thy wings will I hope, until iniquity pass away. (Psalm 56:2)