Saint Bruno at the Cinema 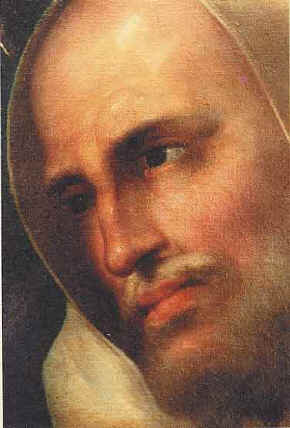 Curiously, Saint Bruno, the father of those who love solitude, found himself very much in the media in recent years. And where? In the literary and film worlds! A film on the Carthusian life, shaped by Saint Bruno fourteen centuries ago, drew crowds of movie-goers. The film, produced in 2005 by German cinematographer, Philip Groening, is a three-hour documentary with no spoken words. Appropriately enough, the film is called Die Grosse Stille, The Great Silence. The only sound in the film is that of daily life in the Charterhouse and of the Latin Gregorian Chant of the monks. The astonishing success of the film says, I think, more about the world’s thirst for silence and people’s readiness to accept a radical witness to the primacy of God, than it does about life in the Charterhouse.

Saint Bruno at the Bookstore
An engaging book on Carthusian life appeared in the secular press in 2006. Written by Nancy Klein Maguire, a woman married to a former Carthusian, the book is called An Infinity of Little Hours: Five Young Men and Their Trial of Faith in the Western World’s Most Austere Monastic Order. The book became hugely popular. Again, this suggests that at very deep level, and not always consciously, people thirst for what is not of this world. “Not as the world gives do I give to you” (Jn 14:27). 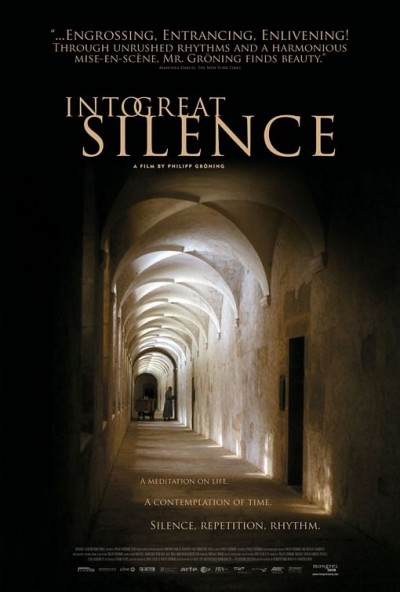 Stat Crux Dum Volvitur Orbis
The Order founded by Saint Bruno has never been reformed because it was never deformed. Carthusian observances and customs remain largely unchanged. The motto of the Order is, Stat crux dum volvitur orbis, “The Cross stands still while the world spins.” Precisely because the world is weary of change, it is attracted by what is changeless, timeless, and radically faithful to tradition.

Hidden in the Heart of the Church
The Carthusian vocation is extremely rare. Countless men and women have tried life in a Charterhouse and found themselves, after a few months or, even after several years, like Jonah cast from the belly of the whale, once again on the shore of the world. And yet, from one generation to the next, the Order remains: a living organism, hidden in the heart of the Church, pulsating with the eternal rhythm of a deathless love.

Solitudes
Today’s feast of Saint Bruno obliges us to look more closely at the place of solitude in our own lives. There are different kinds of solitude. There is the elected aloneness of the consecrated solitary: a person’s free and conscious choice to live his life alone with God and for God alone. Sometimes this is lived within the canonical framework of an established Order such as the Carthusians. At other times it is lived outside that framework in obedience to an approved personal rule. Of those who aspire to this choice, a great number fall short of fulfilling it.

The Wounded Heart
The solitary life demands a maturity that comes only from suffering. Sometimes suffering causes one to shut down and close in upon oneself. In such a case, solitude is a particularly dangerous form of self-indulgence. Paradoxically, when suffering breaks one’s heart and opens it to God, it is the best preparation for the solitary life. One who goes into solitude without having had his heart broken, or wounded, or pierced through, cannot remain there, because the transformation of solitude into communion with God passes necessarily, and always, through a heart that has been opened by suffering, through a heart that remains open because it is wounded by love. Perhaps this is why true solitaries find themselves drawn to the mystery of the Heart of Jesus wounded by our sins. The Heart of Christ, once opened by the soldier’s lance, remains eternally open.

Our Lady of Solitude
There is the solitude of the widow. After years of a shared life, this solitude can be a terrible thing. It can also become a tremendous grace. The heart wounded by the loss of a beloved spouse can become a heart wounded by desire for communion with God and open to the sorrows of others. In the solitude of the widow the Virgin Mary holds a special place. Spanish-speaking Catholics have the devotion to Nuestra Señora de la Soledad, Our Lady of Solitude. The widow who acknowledges Mary and welcomes Mary into her aloneness, especially through the prayer of the Rosary, discovers in her company a hidden spring of ceaseless prayer, a source of courage and of hope.

The Aloneness That Poisons
All of these forms of aloneness, especially when they are suffered passively, can cause one to become bitter and cynical. They can lead to a permanent state of anger, manifesting itself in aggressiveness or in depression. They can lead to self-destructive addictions and destructive behaviour.

Solitude Sanctified
When does a solitude marked by absence become a solitude filled with presence? When, instead of suffering it passively, one accepts it consciously and generously and, after having said “Yes” to it, offers it to God as a chalice ready to be filled. Every emptiness, every loneliness, every void has a certain “Eucharistic potential.” There is no void, no emptiness, no absence that God cannot fill with His presence.

Thou Searchest Out My Path
Psalm 138 is the perfect prayer for one experiencing the pain of aloneness. “O Lord, thou hast searched me and known me! Thou knowest when I sit down and when I rise up; thou discernest my thoughts from afar. Thou searchest out my path and my lying down, and art acquainted with all my ways” (Ps 138:1-3). God does not spurn the prayer of one who, with a broken heart, asks Him to reveal Himself as the One who is more present to us than we are to ourselves. It is immensely consoling to know that in the light of the Face of Christ one has nothing to hide.

Marian Solitude
It is not by chance that Saint Bruno’s Carthusians and the other Orders of the Church most marked by solitude are the very ones marked by a strong and tender devotion to the Blessed Virgin Mary. In a sense, Mary holds the key to every solitude inhabited by God. Mary holds the key to every solitude of adoration. A solitude consecrated to Mary becomes an experience not of absence, but of presence; not of emptiness, but of fullness; not of isolation, but of communion.

Our Lord has entrusted to His Mother the transformation of every loneliness into communion. “When Jesus saw His mother and the disciple whom He loved standing near, he said to His mother, ‘Woman, behold your son!’ Then He said to the disciple, ‘Behold, your mother!’ And from that hour the disciple took her to his own home” (Jn 19:26-27). Mary will not come into your solitude uninvited, but if you ask her, especially by praying her Rosary, she will be there, filling it with life, sweetness, and hope.