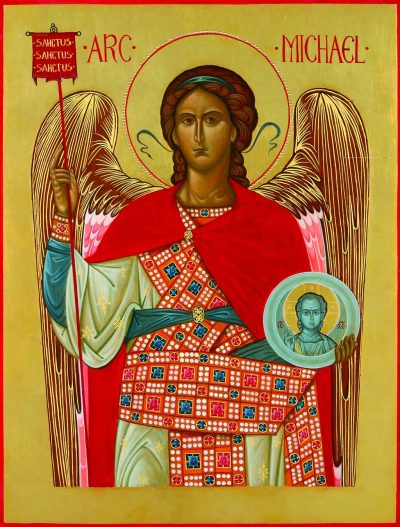 Let us be on our guard, then, against evil desires, since death hath its seat close to the entrance of delight; wherefore the Scripture commandeth us, saying: “Go not after thy concupiscences.” Since, therefore, “The eyes of the Lord behold the good and the evil,” and “The Lord is ever looking down from heaven upon the children of men, to see who hath understanding or is seeking God, and since the works of our hands are reported to Him day and night by the angels appointed to watch over us; we must be always on the watch, brethren, lest, as the prophet saith in the psalm, God should see us at any time declining to evil and become unprofitable; and lest, though He spare us now, because He is merciful and expecteth our conversion, He should say to us hereafter: “These things thou didst and I held my peace.”

The man who remembers God begins to desire God; the man who forgets God loses the desire for God. What happens at the level of the individual also happens at the level of society, of a nation, and of entire civilisations. It is the duty of each generation to pass on the remembrance of God to the next. When this does not happen, or when nations allow themselves to be seduced into the idolatries of materialism, pleasure, and power, the desire for God is extinguished and hearts grow cold. This happens almost imperceptibly. Within two generations, things once remembered can become things forgotten, and things once cherished can become things despised. Psalm 77, prayed week after week at Matins, is a salutary summons to the remembrance of God:

How great things have we heard and known, and our fathers have told us. They have not been hidden from their children, in another generation. Declaring the praises of the Lord, and his powers, and his wonders which he hath done. And he set up a testimony in Jacob: and made a law in Israel. How great things he commanded our fathers, that they should make the same known to their children: that another generation might know them. The children that should be born and should rise up, and declare them to their children. That they may put their hope in God and may not forget the works of God: and may seek his commandments. That they may not become like their fathers, a perverse and exasperating generation. A generation that set not their heart aright: and whose spirit was not faithful to God. (Psalm 77:3–8)

Saint Paul describes what happens when the desire for God is extinguished in men:

And as they scorned to keep God in their view, so God has abandoned them to a frame of mind worthy of all scorn, that prompts them to disgraceful acts. They are versed in every kind of injustice, knavery, impurity, avarice, and ill-will; spiteful, murderous, contentious, deceitful, depraved, backbiters, slanderers, God’s enemies; insolent, haughty, vainglorious; inventive in wickedness, disobedient to their parents; without prudence, without honour, without love, without loyalty, without pity. (Romans 1:28–31)

Saint Benedict quotes the Acts of the Passion of Saint Sebastian, Martyr, saying that “death hath its its seat close to the entrance of delight”. He knows that a fleeting moment of gratification can open the soul to a downward spiral into habitual sin, that is vice. Today it is popular to speak of vice in terms of addiction. The struggle with addictions has generated a veritable industry of self–help publications and programs. Saint Benedict understood that there is something addictive about anything that gratifies the impulse to possess, to produce sexual pleasure, or to dominate. These three impulses are bound up with the eight thoughts or principal vices of Evagrius: lust of the belly, lust of fornication, love of money, sadness, anger, listlessness, vainglory, and pride.
The first pair of thoughts, lust of the belly and lust of fornication are linked to the impulse to addictions to sexual pleasure or to the vice of impurity. Temperance and the love of chastity are the prescribed antidotes. A man addicted to the vice of impurity will lie, cheat, steal, and put himself at risk in order to feed the fires of lust that consume him. The oration in honour of Saint Laurence that priests are invited to say each day after Holy Mass states the case:

Quench in us, we beseech Thee, O Lord, the flame of vice, as Thou didst grant to blessed Laurence to over-come the fire of his torments. Through Christ our Lord.

The next three thoughts, love of money, sadness, anger, are linked to the impulse to possess. A man in the grip of money falls sad when he does not have it, and becomes angry when he loses it or cannot acquire it. Men have been known to kill for a field. The classic example is the story of Achab who fell into mortal depression because he could not have the vineyard that beonged to Naboth:

And Achab came into his house angry and fretting, because of the word that Naboth the Jezrahelite had spoken to him, saying: I will not give thee the inheritance of my fathers. And casting himself upon his bed, he turned away his face to the wall, and would eat no bread. (III Kings 21:4)

The last three thoughts, listlessness, vainglory, and pride, are linked to the impulse to want to control everything. The man who feels that he cannot control persons, things, and even time, will often lapse into lethargy. He knows of only two ways of being: either he is completely in control, or he drops out. If a man succeeds in dominating everything and everyone around him, he becomes puffed up. This vainglory leads, in turn, to an attitude of arrogance and self–sufficiency.

The remedies for these impulses, and the antidotes to these vices are given in the Beatitudes. The man who, struggling with his thoughts, opens his soul to the splendour of the Beatitudes, has already begun to walk in the path of conversion. The angels, of whom Saint Benedict again speaks in today’s passage from Chapter VII, will be close to him. His experience will be that of the psalmist, who says:

There shall no evil come to thee: nor shall the scourge come near thy dwelling. For he hath given his angels charge over thee; to keep thee in all thy ways. In their hands they shall bear thee up: lest thou dash thy foot against a stone. Thou shalt walk upon the asp and the basilisk: and thou shalt trample under foot the lion and the dragon. (Psalm 90:10–13)