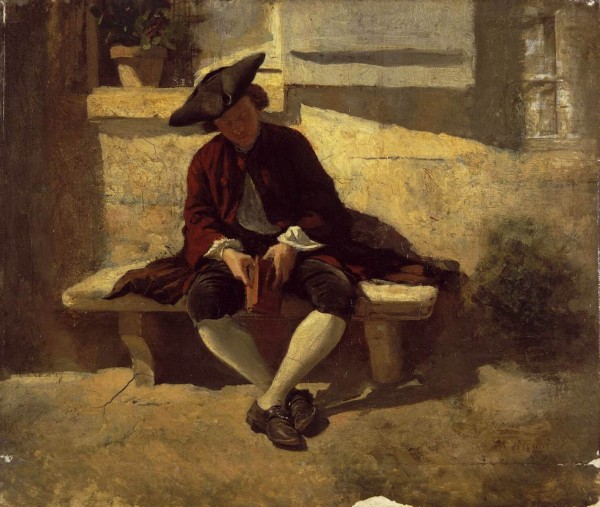 A few of you asked for further clarifications with regard to the “what” of lectio divina. I am delighted to have another opportunity to address this question with you. You will recall that, in my last letter to you, I wrote:

What should one read in lectio divina? In my long personal experience, it is best to focus on the very texts that will be chanted or read, and heard on a given day, in Holy Mass and in the Divine Office: the Introit, the Epistle or Lesson, the Gradual and Alleluia or Tract, the Gospel, the Offertory Antiphon, and the Communion Antiphon, which, very often, repeats a fragment of the Gospel of the day. It is profitable also, to linger over the antiphons, psalms, lessons, responsories, and versicles of the Divine Office. These are the things that constitute the object (or the matter) of one’s lectio divina.

There are also moments in life, notably during a retreat or on the occasion of a special anniversary, when one may want to read a particular book of the Bible continuously from start to finish. This too must be done with a window opening onto the sacred liturgy and in reference to the Church’s prayer on a particular day or in a particular season.

The Limitations of Time

Nearly all our Oblates are married people, the fathers and mothers of families, engaged in a full–time trade or profession, and further committed to a number of good works outside the home. For most of you it would be impossible to set aside the daily hour of lectio divina that, within the cloister, would be the norm. (Dom Lambert Beauduin [1873–1960], founder of the abbey of Chevetogne, wanted to bind his monks to the daily hour under pain of sin!) Most of you are hard–pressed to carve out even thirty minutes of lectio divina daily.  You are obliged, then, willy–nilly, to make a judicious choice concerning the “what” of your lectio divina. This is why I proposed in my last post that the texts given in the liturgy of the day are to be given pride of place.

In proposing this, I follow what Saint Benedict indicates in Chapter VIII, On the Divine Office at Night: “And let the time that remains after the Night-Office be spent in study by those brethren who have still some part of the Psalter and lessons to learn.” It would seem that, for Saint Benedict, the meditative preparation of the sacred liturgy holds priority.

This priority is, furthermore, perfectly aligned with what we read in the Second Vatican Council’s Constitution on the Sacred Liturgy, Sacrosanctum Concilium, article 10:

The liturgy is the summit toward which the activity of the Church is directed; at the same time it is the font from which all her power flows.

I like to apply this same principle to lectio divina by hearing in the Conciliar text: “The liturgy is the summit toward which my lectio divina is directed; at the same time it is the font from which all its power flows.” When hard–pressed, as most of you are, by the demands of work and family life, the best choice of “what” in your lectio divina is, it seems to me, the very texts appointed for use in the sacred liturgy on a given day.

This, of course, is not hard and binding rule. The Benedictine way is characterised by great breadth, by freedom, and by common sense. I can think of two or perhaps three of you who, exceptionally, dispose of more time for lectio divina, and who are eager to take on a more extensive and continuous reading of the Bible. Bravo! I think it a brilliant aspiration.  Does not Saint Benedict say in Chapter LXIV of the Holy Rule, “Let him [the abbot] so temper all things, that the strong may have something to strive after, and the weak nothing at which to take alarm”? 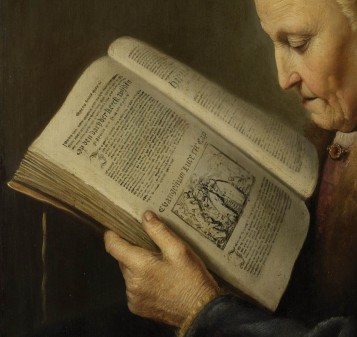 Plans for a Continuous Reading of the Bible

There are several more systematic approaches to a lectio continua of the Bible. Early in in my monastic life I was exposed to the plan of reading devised by the famous French Dominican exegete and translator Soeur Jeanne d’Arc. Dom Benedict informed me some time ago that Soeur Jeanne d’Arc’s original plan has been somewhat adapted by a monk of Saint–Wandrille. You can read about two versions of his adaptation here.

In working with young men newly come to monastic life, I find that very few have ever read through even one of the four Gospels. Should one desire to undertake a lectio continua early on in the Benedictine experience, I would suggest reading through the four Gospels, at the rhythm of one chapter a day. Not terribly long ago in certain French monasteries postulants and novices were allowed to read nothing else. I don’t know if that practice has been maintained; as attractive as it may seem, it is rather limiting and, even in divine things, one cannot hold to the idea that one size fits all.

Into the Gospel of Silence

The one thing that I would want you to keep in mind, dearest Oblates, is that all lectio divina has a Eucharistic finality. Blessed Vladimir Ghika, in one of the pithy luminous sayings that characterised him, said: La Sainte Hostie nous apporte, après l’Évangile de la Parole, l’Évangile du Silence — “The Sacred Host brings us, after the Gospel of the Word, the Gospel of Silence.” In a conference that I gave in Rome in 2011, I said:

Eucharistic adoration is enkindled then, not only when the Sacred Host is withdrawn from the tabernacle and exposed to our gaze, but even before that, when the Word of God is proclaimed, repeated, prayed, and treasured in the heart.  The seeds planted in the corporate lectio divina of the Sacred Liturgy — Holy Mass and the Divine Office — and in the solitary lectio divina that the Sacred Liturgy shapes and inspires come to fruition in silent adoration before the Most Blessed Sacrament.[1]  Eucharistic adoration presupposes a long familiarity with the Word of God received and sung in the liturgical assembly, repeated and prayed in lectio divina, pondered and held in the heart.

This is why the Church recommends the reading of the Word of God as a source of Christian prayer, and at the same time exhorts all to discover the deep meaning of Sacred Scripture through prayer “so that a dialogue takes place between God and man.  For, “we speak to Him when we pray; we listen to Him when we read the divine oracles.”[2]

If you are limited in the time you can consecrate to lectio divina, I propose, again, that you take your nourishment at the sacred liturgy’s menu du jour; if you consistently dispose of more time, do look into the possibility of following one of the above–mentioned plans for a fruitful lectio continua.
With my blessing,
Father Prior

[1] The Mass and Liturgy of the Hours are the primary locus and daily expression of the Church’s corporate lectio divina.  It is in the Mass and in the choral celebration of the Divine Office that the Church proclaims the Word of God (lectio), listens to it and repeats it (meditatio), prays it (oratio), and abides in it (contemplatio).  The lectio divina of the individual Christian is an appropriation and imitation of what the Church does corporately in her liturgy.