Skip to content
HomeRule of Saint BenedictPrepare thy soul for temptation 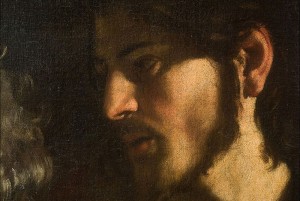 Chapter LVIII.  Of the Discipline of Receiving Brethren into Religion

To him that newly cometh to change his life, let not an easy entrance be granted, but, as the Apostle saith, “Try the spirits if they be of God.” If, therefore, he that cometh persevere in knocking, and after four or five days seem patiently to endure the wrongs done to him and the difficulty made about his coming in, and to persist in his petition, let entrance be granted him, and let him be in the guest-house for a few days.

Saint Benedict’s “postulancy” is divided into two parts: in the first, the man seeking admission to the monastery is kept waiting outside to test his patience and his perseverance; in the second, although he is received in the guesthouse, he is again kept waiting for a few days.  Today’s postulant is not treated all that differently.  He is welcomed with sympathy, but not with enthusiasm.  This attitude protects both the man seeking admission and the community.  Postulants come and go, but mostly they go.  Premature investment in a postulant — because he appears to possess the requisite qualities, or special talents, or a winning personality, or spiritual depth— is a dangerous speculation.  Those who, at first, appear eminently suitable may, after a few weeks, prove to be unsuitable; and those who, at first, appear altogether unsuitable may, after a few weeks, prove to be good, promising vocations.  It is wise to recall the words of the Lord to Samuel when he visited Jesse and his sons:

[Samuel said,] I am come to offer sacrifice to the Lord, be ye sanctified, and come with me to the sacrifice. And he sanctified Jesse and his sons, and called them to the sacrifice. And when they were come in, he saw Eliab, and said: Is the Lord’ s anointed before him? And the Lord said to Samuel: Look not on his countenance, nor on the height of his stature: because I have rejected him, nor do I judge according to the look of man: for man seeth those things that appear, but the Lord beholdeth the heart. (1 Samuel 16:5–7)

Given the current dearth of vocations in many places, it is easy to succumb to the temptation of softening the demands made on would–be monks.  Postulants must read, and read again, the lucid instruction of Ecclesiasticus :

Son, when thou comest to the service of God, stand in justice and in fear, and prepare thy soul for temptation.  Humble thy heart, and endure: incline thy ear, and receive the words of understanding: and make not haste in the time of clouds.  Wait on God with patience: join thyself to God, and endure, that thy life may be increased in the latter end. Take all that shall be brought upon thee: and in thy sorrow endure, and in thy humiliation keep patience.  For gold and silver are tried in the fire, but acceptable men in the furnace of humiliation.  Believe God, and he will recover thee: and direct thy way, and trust in him. Keep his fear, and grow old therein. (Ecclesiasticus 2:1–6)

You Have Come to Die

A postulant must be told that he is coming to the monastery to die to himself.  To say anything else is dishonest.  The man accustomed to doing as he pleases when, and where, and in the manner that pleases him, will find monastic life hard.  Not only must a postulant adjust to an inexorable timetable, to a new diet, and to a different way of relating to others; even his way of relating to God will undergo change as he leaves aside the piety that sustained him in the world, and the practices of devotion that comforted him, and begins to experience the austerity and richness of the Divine Office.

Inevitably the day comes when the postulant realises that he is not playing a part, and that monastic life is deadly serious.  Separation from the world and the monotony of the monastic routine will begin to put to death the false self formerly charmed and elated by romantic notions of the cloister.  As this happens, it becomes easier to see whether or not a man is called to the monastic life.