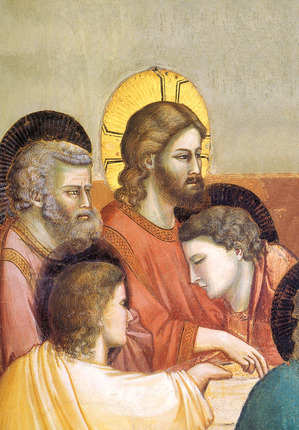 Chapter II. What Kind of Man the Abbot Ought to Be
12 Jan. 13 May. 12 Sept.
Let him make no distinction of persons in the monastery. Let not one be loved more than another, unless he be found to excel in good works or in obedience. Let not one of noble birth be put before him that was formerly a slave, unless some other reasonable cause exist for it. But if upon just consideration it should so seem good to the Abbot, let him arrange as he please concerning the place of any one whomsoever; but, otherwise, let them keep their own places; because, whether bond or free, we are all one in Christ, and bear an equal rank in the service of one Lord, “For with God there is no respecting of persons.” Only for one reason are we preferred in His sight, if we be found to surpass others in good works and in humility. Let the Abbot, then, shew equal love to all, and let the same discipline be imposed upon all according to their deserts.

The Abbot will love his sons with a fatherly love, seeing in each one the natural gifts and weaknesses waiting to be transformed by grace. If he is to have any preference at all, it must be for the least lovable of the community, for the man who alienates others and reacts like a threatened porcupine when approached.

The obsession with rank and privilege that one sometimes encounters in monastic communities is a mark of the man who is afraid of being overlooked, discounted, or diminished. The underlying emotion is the fear of being abandoned. Such monks need constant reassurance because constantly they feel threatened. Even among the Apostles there was rankling over questions of priority and rank.

Who, then, is preferred in the sight of God? The little soul who bears fruit while remaining humble. “So you also, when you shall have done all these things that are commanded you, say: We are unprofitable servants; we have done that which we ought to do” (Luke 17:10).

While the same discipline must be imposed upon all, so too must all be treated with the same mercy, the same kindness in the face of weakness, and the same compassion in the hour of suffering.