Skip to content
HomeSaintsHe Who Embraces Me Embraces Thorns 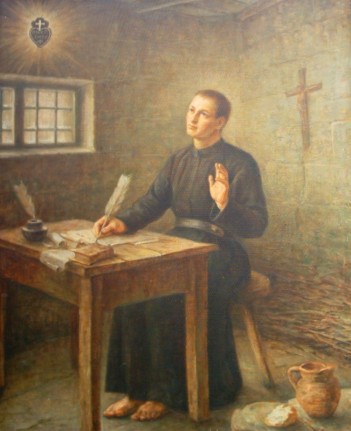 I told you that once, when I had to pass through a heavy storm, I found myself before my sacramental Love and my soul flew in spirit to embrace that Infinite Love exposed on the altar for the adoration of the people. Then I heard my Savior speak this sweet message: “My son, he who embraces me, embraces thorns.” Do you believe, my daughter, that my soul fails to understand that our Jesus is a sea of infinite sweetness? Certainly, I have understood that, but God made me understand something further with the words: “He who embraces me, embraces thorns.” Just as our good Jesus willed that his life on earth should be passed always in the midst of the thorns of pain, sufferings, fatigues, privation, agony, contempt, calumny, sorrow, nails, thorns, and a most bitter death on the cross, so he made me understand that in embracing him, I would have to live my life in the midst of pain. Oh! how my heart exulted and embraced every sort of pain. But I have been unfaithful. (Saint Paul of the Cross, Letter 54, 29 August 1737)

My beloved is to me a little bundle of myrrh.” From the early days of my conversion, conscious of my grave lack of merits, I made sure to gather for myself this little bundle of myrrh. It was culled from all the anxious hours and bitter experiences of my Lord. . . . there were the insults, the spitting, the blows, the mockery, the scorn, the nails, and similar torments, and all for the salvation of our race. Among the little branches of this perfumed myrrh I feel we must not forget the myrrh which He drank upon the cross and was used for His anointing at burial. In the first of these he took upon Himself the bitterness of my sins, in the second He affirmed the future incorruption of my body. As long as I live I shall proclaim the abounding goodness in these events; for all eternity I shall not forget these mercies, for in them I have found life. (Saint Bernard, On the Song of Songs, 43).

Father Rene of Mary Mediatrix of all Graces Luedee, C.P.
Growing up, I had the privilege of knowing a son of Saint Paul of the Cross: Father René Luedee, C.P. (1931–1983). Father René and I were both natives of Saint Francis Parish in New Haven, Connecticut. He was something of a hero to me. People, observing him on his occasional home visits, always remarked on his reverent celebration of Holy Mass. Father René was ordained on May 4, 1962. In 1973 he celebrated Holy Mass in our family home in New Haven on the occasion of my parents’ 25th wedding anniversary. He served as a military chaplain from 1965 until 1982. He saw action in Vietnam with the 26th infantry and was awarded the Silver Star for unquestionable valor. In 1982 he was diagnosed with cancer and died in West Hartford, Connecticut the following year. Requiescat in pace.