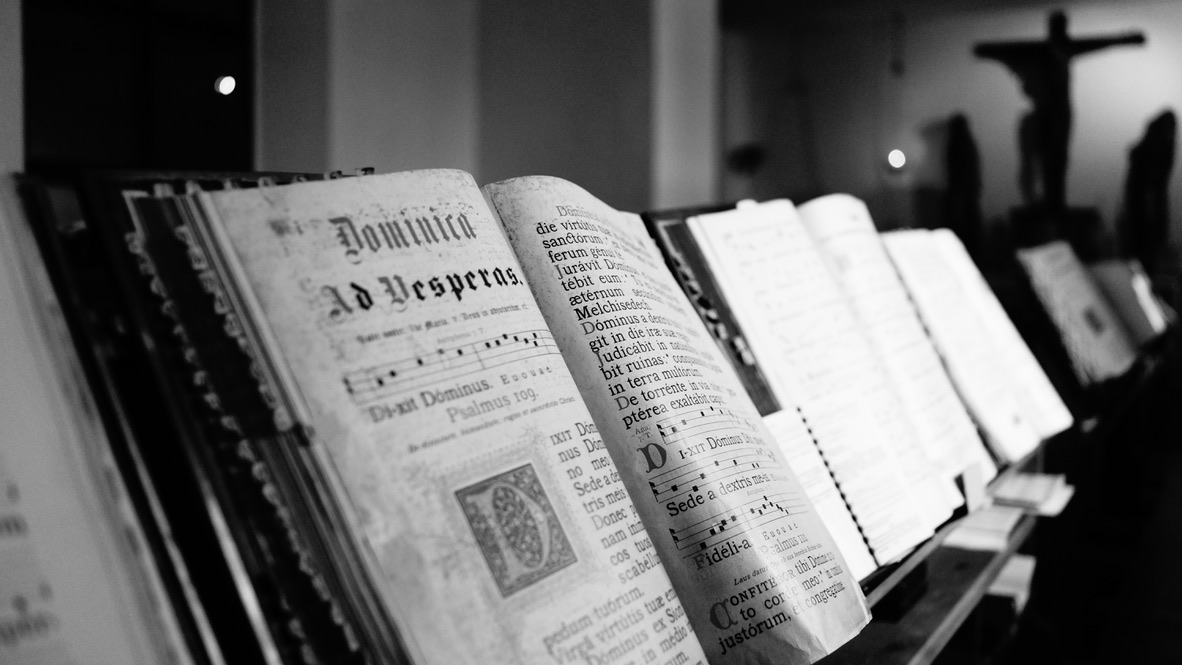 There are in the Holy Rule certain things that are immutable in the sense that any departure from the letter of the text risks compromising the faithful transmission of its inherent theological vision and prudent balance. Among these things are the seven Day Hours of the Divine Office: Lauds, Prime, Tierce, Sext, None, Vespers, and Compline, and the Night Office.

In Chapter XVIII, Saint Benedict himself explicitly authorises an adaptation of the distribution of the psalms with, however, a caveat:

Above all, we recommend that if this arrangement of the Psalms be displeasing to anyone, he should, if he think fit, order it otherwise; taking care in any case that the whole Psalter of a hundred and fifty Psalms be recited every week, and always begun afresh at the Night-Office on Sunday. For those monks would shew themselves very slothful in the divine service who said in the course of a week less than the entire Psalter, with the usual canticles; since we read that our holy fathers resolutely performed in a single day what I pray we tepid monks may achieve in a whole week.

The loi–cadre of the Trappists, promulgated in 1968, provided for a certain adaptations of the Divine Office and a distribution of the Psalter over two weeks. The Thesaurus Liturgiae Horarum Monasticae published for congregations belonging to the Benedictine Confederation in 1977, authorised a variety of possible adaptations of the monastic Divine Office. Few of these adaptations adhered to what Saint Benedict prescribes in Chapters XVI and XVIII. The end result was a breakdown in the transmission of the liturgical provisions of the Holy Rule, and an alienation from the wider traditions of monastic choral prayer in East and West. Some of the confusion was due, it must be admitted, to the erroneous application to the monastic Opus Dei of the principles of reform set forth in Sacrosanctum Concilium, articles 89–97, for the Roman Breviary. These principles of reform had in view, before all else, the private recitation of the Roman Breviary by clerics “who are called to labor in apostolic works” (art. 88).

Before the Second Vatican Council, particularly, but not only, during the post–World War II period, there were approved adaptations of the monastic Divine Office such as the alternative distribution of the Psalter proposed by Maria Laach and by Dom Damasus Winzen of Mount Saviour Monastery in the 1960s. All of these adaptations, however, held fast to the immutable principles of Chapters  XVI and XVIII of the Holy Rule, that is: seven Day Hours (Lauds, Prime, Terce, Sext, None, Vespers, and Compline) and the Night Office; and the recitation of the entire Psalter of 150 Psalms together with the traditional Canticles over one week. A later version of the Mount Saviour Monastery Psalterium Monasticum:ad experimentum novo ordine dispositum bears the note, hora prima suppressa. Someone, apparently, after the first edition of the book thought it necessary to apply to it Sacrosanctum Concilium, article 89d. The reforms of Sacrosanctum Concilium, however, had only the Breviarium Romanum in view.

It is hard to argue that Chapters XVI and XVIII of the Holy Rule admit of local adaptations. These Chapters of the Holy Rule constitute a faithful transmission of elements that affect the skeletal structure of the monastic Divine Office. It is a risky thing to tamper with the skeletal structure of a living organism. In the case of the monastic Divine Office all such experiments lead to imbalance and to a weakening of the body of the Opus Dei in all its parts. While not all the monks of a given monastery need be present in choir at every Hour of the Divine Office, the monastery as a body is responsible for and held in balance by a real fidelity to Chapters XVI and XVIII.