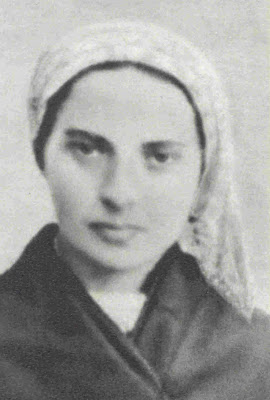 CHAPTER IX. How many Psalms are to be said at the Night Hours
11 Feb. 12 June. 12 Oct.
In winter time, there is first the versicle, “O Lord, Thou wilt open my lips, and my mouth shall declare Thy praise,” to be said three times; then the third Psalm, with a Gloria, after which the ninety-fourth Psalm is to be said or sung, with an antiphon. Next let a hymn follow, and then six Psalms with antiphons. These being said, and also a versicle, let the Abbot give the blessing and, all being seated, let three lessons be read by the brethren in turns, from the book on the lectern. Between the lessons let three responsories be sung – two of them without a Gloria, but after the third let the reader say the Gloria: and as soon as he begins it, let all rise from their seats out of honour and reverence to the Holy Trinity. Let the divinely inspired books, both of the Old and New Testaments, be read at the Night-Office, and also the commentaries upon them written by the most renowned, orthodox and Catholic Fathers. After these three lessons with their responsories, let six more Psalms follow, to be sung with an Alleluia. Then let a lesson from the Apostle be said by heart, with a verse and the petition of the Litany, that is, Kyrie eleison. And so let the Night-Office come to an end.

The daily round of the Divine Office begins with an urgent plea asking God to open our lips and to fill our mouth with His praise. Here again is evidence of Saint Benedict’s spirit of interior poverty and of his reliance on grace. The origin of man’s prayer is not in himself; prayer is a gift from above, a gift that only the poor and humble are capable of receiving.

Et nemo potest dicere, Dominus Jesus, nisi in Spiritu Sancto.
And no man can say the Lord Jesus, but by the Holy Ghost. (1 Corinthians 12:3)

We are all of us numbered among those of whom Saint Paul says:

Et Spiritus adjuvat infirmitatem nostram: nam quid oremus, sicut oportet, nescimus: sed ipse Spiritus postulat pro nobis gemitibus inenarrabilibus.
The Spirit also helpeth our infirmity. For we know not what we should pray for as we ought; but the Spirit himself asketh for us with unspeakable groanings. (Romans 8:26)

The man who appears before God conscious that he is poor, beset by infirmities, and utterly dependent on grace, is better disposed to receive the gift of prayer than the man who goes before God thinking that he is something, that he has something to say, and that he is fairly certain of being able to say it well.

Deposuit potentes de sede, et exaltavit humiles. Esurientes implevit bonis: et divites dimisit inanes.
He hath put down the mighty from their seat, and hath exalted the humble.
He hath filled the hungry with good things; and the rich he hath sent empty away. (Luke 1:52–53)

This is the great law of all prayer. It pleases the Father to hide the mysteries of the kingdom (the secrets of prayer) from the wise and the prudent, and to reveal them to little ones (Luke 10:21). So many of the great souls of prayer raised up by God to sustain the Church were poor, ignorant, and simple folk, often knowing neither how to read nor write, but they knew how to do what the littlest beggar child does. They knew how to ask, presenting empty hands.

I think today of Saint Bernadette, but I am also reminded of the beggar saint of Edessa and Rome, Saint Alexis. Saint Alexis lived in Edessa for seventeen years as a poor beggar at the gate of the Church of the Mother of God. During this time the sacristan of the church had a vision concerning Saint Alexis: the sacristan saw an icon of the Holy Mother of God, who said to him: “Lead into My church the man of God who is worthy of the Heavenly Kingdom; his prayer rises up to God like incense, and the Holy Spirit rests upon him like a crown upon a king’s head.” After this vision the sacristan began to search everywhere for such a man. He searched among the clergy, among the monks, and among the chanters, but found no one who corresponded to the description given him by the Mother of God. The sacristan appealed to the Holy Mother of God, saying, “If this man exists, help me to find him.” There came then a voice from the icon of the Holy Mother of God, saying that the man of God is the beggar who sits at the gate of the church. The sacristan, astonished but obedient, led the saint into the church, and there Saint Alexis made his home until, returning to Rome as a poor pilgrim, the same thing happened there.

Men who enter the cloister thinking that they know how to pray, and do it rather well, will have to be brought to nothing before beginning to pray as a monk, that is, with the humbled and contrite heart that God does not spurn.

Et ego ad nihilum redactus sum, et nescivi; ut jumentum factus sum apud te, et ego semper tecum.
And I am brought to nothing, and I knew not. I am become as a beast before thee: and I am always with thee. (Psalm 72)