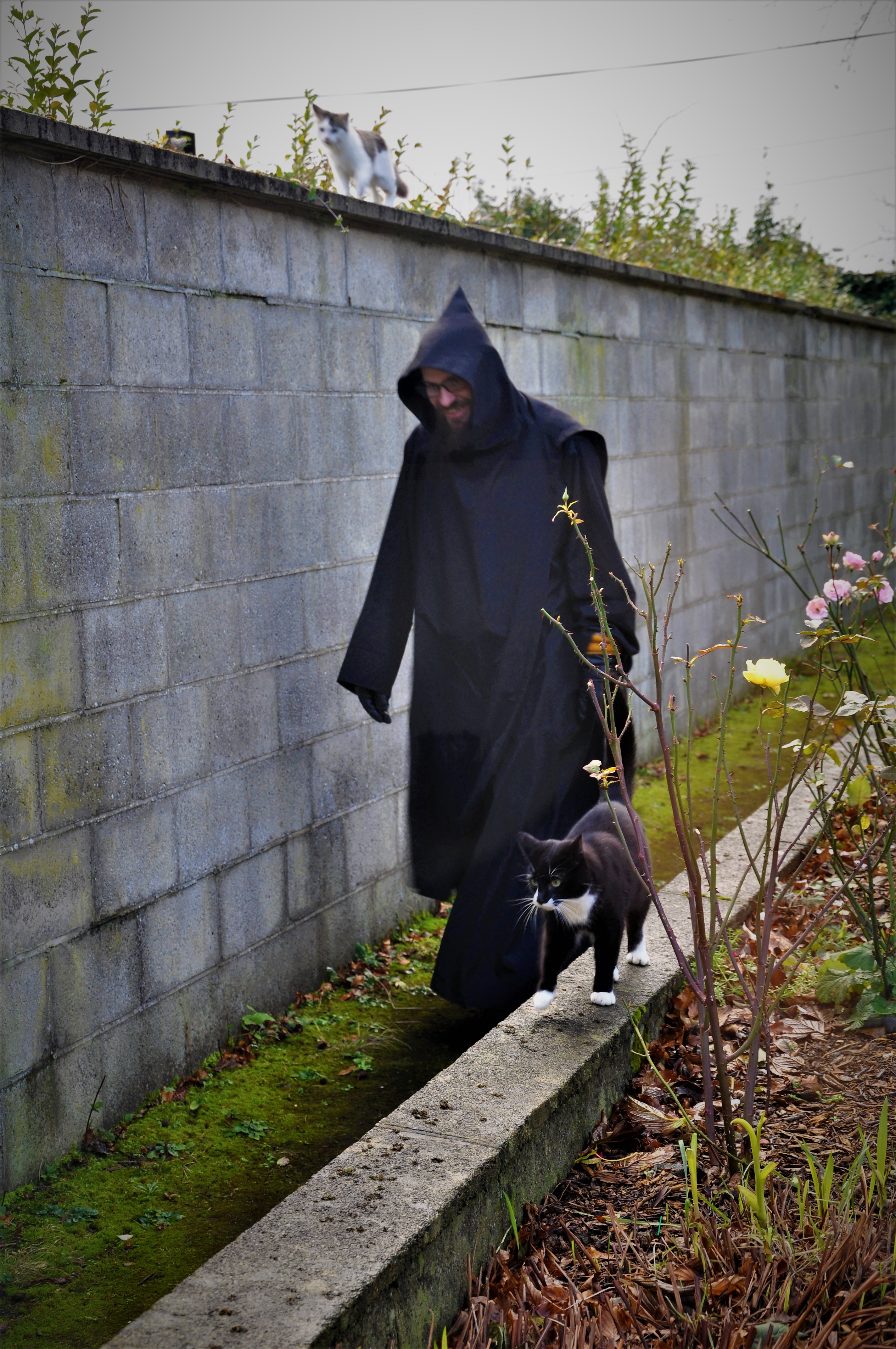 7 Jan. 8 May. 7 Sept.
We have, therefore, to establish a school of the Lord’s service, in the setting forth of which we hope to order nothing that is harsh or rigorous. But if anything be somewhat strictly laid down, according to the dictates of sound reason, for the amendment of vices or the preservation of charity, do not therefore fly in dismay from the way of salvation, whose beginning cannot but be strait and difficult. But as we go forward in our life and in faith, we shall with hearts enlarged and unspeakable sweetness of love run in the way of God’s commandments; so that never departing from His guidance, but persevering in His teaching in the monastery until death, we may by patience share in the sufferings of Christ, that we may deserve to be partakers of His kingdom. Amen.

When we arrive at the end of the Prologue. Saint Benedict tells us that his purpose is to establish a school of the Lord’s service. Servitium generally means slavery or the condition of servanthood. It can also refer to a body of servants. For Saint Benedict, however, the word, without excluding the first meaning, has another meaning as well: servitium, like ministerium and obsequium can denote liturgical worship. The servitium Dominicum is an expression equivalent to opus Dei or to divinum officium. The servitium Dominicum is not an isolated act of worship; it is a permanent state of life ordered to the worship of God or, if you will, to perpetual adoration. You know the elegant phrase of Dante describing the hermitage of Saint Peter Damian at Fonte Avellana: disposto a sola latria, “given over to pure adoration” (Paradiso, Canto XXI, 110).

Ecce nunc benedicite Dominum, omnes servi Domini: qui statis in domo Domini, in atriis domus Dei nostri.
Behold now bless ye the Lord, all ye servants of the Lord: who stand in the house of the Lord, in the courts of the house of our God. (Psalm 133:1–2)

Nonetheless, in the setting forth of the demands of the monastic life, Saint Benedict hopes to order nothing that is harsh or rigorous. Here, already, we see the gentleness and meekness of the Divine Master:

If anythings are laid down that are costly to nature or, at certain hours, hard to bear, Saint Benedict would have us know that these things are laid down only according to the dictates of sound reason for the amendment of vices or the preservation of charity. Propter emendationem vitiorum vel conservationem caritatis is already, in the Prologue, a kind of résumé of Chapter LXXII:

Let monks, therefore, exert this zeal with most fervent love; that is, “in honour preferring one another.” Let them most patiently endure one another’s infirmities, whether of body or of mind. Let them vie with one another in obedience. Let no one follow what he thinketh good for himself, but rather what seemeth good for another. Let them cherish fraternal charity with chaste love, fear God, love their Abbot with sincere and humble affection, and prefer nothing whatever to Christ.

Saint Benedict acknowledges that there may be moments when a monk wants to run away, when the demands of the life seem intolerable and one’s own strength altogether spent. What does he say? “Do not therefore fly in dismay from the way of salvation, whose beginning cannot but be narrow and difficult.” Saint Benedict tells his poor beleaguered monk to stay the course. A monk’s faith will be tested but, by means of testing, it grows strong. Saint James says:

Consider yourselves happy indeed, my brethren, when you encounter trials of every sort, as men who know well enough that the testing of their faith breeds endurance. Endurance must do its work thoroughly, if you are to be men full-grown in every part, nothing lacking in you. (James 1:2–4)

Everything that comes to a monk by way of testing and purification — infirmity, weakness, interior darkness, and losses of all sorts — is a participation by patience in the Passion of Christ, according to the word of the Apostle: “I fill up those things that are wanting of the sufferings of Christ, in my flesh, for his body, which is the Church” (Colossians 1:24). All of these things are given us and permitted by God to prepare us for “things no eye has seen, no ear has heard, no human heart conceived, the welcome God has prepared for those who love him” (1 Corinthians 2:9).

Saint Benedict ends the Prologue with the word Amen, a word taken from the heavenly liturgy. Concerning this word, Mother Mectilde writes:

Let them from their very heart repeat over and over again in union with the church, Amen. This word is full of mystery, it is the soul’s acknowledgement of, and consent to, what God does in his Church and to what the Church does for God. It is fitting to repeat it often with this intention, such being the manifest reason why the Bride of Christ introduces it so frequently into her liturgy. The word Amen takes its origin in the church triumphant. Saint John draws our attention to it when speaking of the four animals and the twenty four elders who prostrate before the throne of the Lamb, answered Amen to all the acts of praise, adoration and blessing rendered to the living God and to Him who alone had power to open the book closed with seven seals, namely Jesus Christ, the Lamb immolated from the beginning of the world. (The True Spirit)