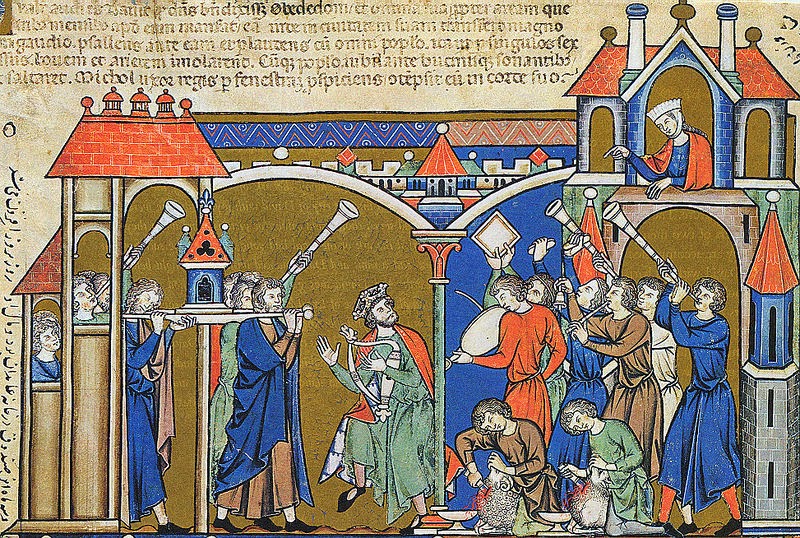 CHAPTER XLI. At what Hours the Brethren are to take their Meals
20 Mar. 20 July. 19 Nov.
From Holy Easter until Pentecost let the brethren dine at the sixth hour, and sup in the evening. But from Pentecost throughout the summer (unless they have to work in the fields, or are harrassed by excessive heat) let them fast on Wednesdays and Fridays until the ninth hour, but on other days dine at the sixth. Should they have field labour, or should the heat of the summer be very great, they must always take their dinner at the sixth hour. Let the Abbot provide for this, and let him so arrange and dispose all things, that souls may be saved, and that the brethren may do what they have to do without just cause for murmuring. From the fourteenth of September until the beginning of Lent let them always dine at the ninth hour; and during Lent, until Easter, in the evening. And let the hour of the evening meal be so ordered that they have no need of a lamp while eating, but let all be over while it is yet daylight. At all times, whether of dinner or supper, let the hour be so arranged that everything be done by daylight.

We find in this very practical chapter one of those grand over–arching principles that reveal the mind of our father Saint Benedict: Et sic omnia temperet atque disponat qualiter et animae salventur et quod faciunt fratres absque iusta murmuratione faciant. “Let the abbot so arrange and dispose all things, that souls may be saved, and that the brethren may do what they have to do without just cause for murmuring.”

Saint Benedict gives the abbot great latitude and freedom to make adjustments in the order of the day provided that souls may be saved or, if you will, that souls may enjoy good health, and that every pretext for murmuring be avoided. Saint Benedict considers murmuring a most toxic vice, a pollutant of the cloister, a grave menace to the charity, unity, and fruitfulness of the monastic family.

At certain times, the abbot will be obliged to dispense from certain points of the observance, lest while the strong march on, the weak be left behind with no one to look after them. At other times, the abbot will be obliged to insist on a stricter observance of certain things, lest the weak grow comfortable and listless in the concessions granted them, and so impede the progress of the whole community. The abbot alone judges of these matters, weighing things prudently. It is not for one brother or another to hold to his private judgment and, like Michol, the daughter of Saul, peering out of her window, to pass judgment on the abbot’s disposition of things, despising him in her heart. Et despexit eum in corde suo.

And when the ark of the Lord was come into the city of David, Michol the daughter of Saul, looking out through a window, saw king David leaping and dancing before the Lord: and she despised him in her heart. (2 Kings 6:16)

King David’s leaping and dancing before the Lord is, among other things, an image of the freedom in the Holy Ghost that ought, at all times, to characterise our Benedictine observance. “For you, brethren, have been called unto liberty: only make not liberty an occasion to the flesh, but by charity of the spirit serve one another” (Galatians 5:13).