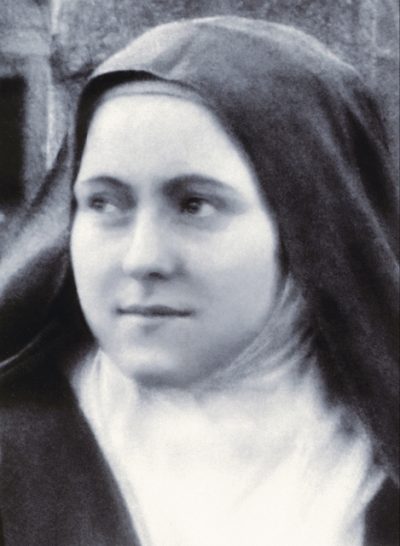 About thirty–five years ago, a certain monk was on a quest to deepen his capacity for living the theological virtue of hope. He was battling persistent temptations to hopelessness bordering on despair. He read everything on hope that he could find. One of the books that marked this monk was L’Espérance by Père Gustave Desbuquois, S.J.  The book also exists in English translation under the title, Hope. Père Desbuquois was one of the first advocates of Saint Thérèse of the Child Jesus and of the Holy Face being declared a Doctor of the Church. In a letter written in 1997, Father Camilo Maccise, O.C.D., and Father Joseph Chalmers, O.Carm., the Priors General of the Discalced Carmelites and of the Ancient Order of Carmel, traced the history of the doctorate of Saint Thérèse:

Already from the time of her canonization, there was no lack of bishops, preachers, theologians, and faithful from different countries who sought to have our sister Thérèse of Lisieux declared a Doctor of the Church. This flow of petitions in favor of the doctorate became official in 1932 on the occasion of the inauguration of the crypt of the Basilica at Lisieux, which was accompanied by a congress at which five cardinals, fifty bishops, and a great number of faithful participated.

On 30 June 1932, in a report delivered to the Theresian Congress held in Lisieux, Père Gustave Desbuquois, S.J. spoke of Thérèse of Lisieux as a Doctor of the Church with clear and precise theological argument. The Jesuit’s proposal had the support of many of the participants, bishops, and theologians. An enthusiastic reaction to the suggestion of Father Desbuquois spread everywhere in the Church. Monseigneur Clouthier, Bishop of Trois Rivières, Canada, wrote to all the bishops of the world in order to prepare a petition to the Holy See. By 1933 Monseigneur Clouthier had already received 342 positive replies from bishops who supported the proposal to have Thérèse of Lisieux declared a Doctor of the Church.

The petition of Father Desbuquois was presented to Pope Pius XI, along with a letter of Mother Agnes of Jesus, sister of Therese and prioress of the Lisieux Carmel. Mother Agnes informed the Pope about the great success of the Theresian Congress. On 31 August 1932, Eugenio Cardinal Pacelli, Secretary of State, replied to Mother Agnes’ letter on behalf of Pope Pius XI. The Pope was very pleased about the positive results of the Theresian Congress, but thought it better not to speak yet of Thérèse’s doctorate. Pope Pius XI attested, nonetheless that, “her doctrine never ceased to be for him a sure light for souls searching to know the spirit of the Gospel.” Saint John Paul II, by the Apostolic Letter Divini Amoris Scientia, declared Saint  Thérèse of the Child Jesus and of the Holy Face a Doctor of the Church on 19 October 1997. Therese: the Doctor of Hope.