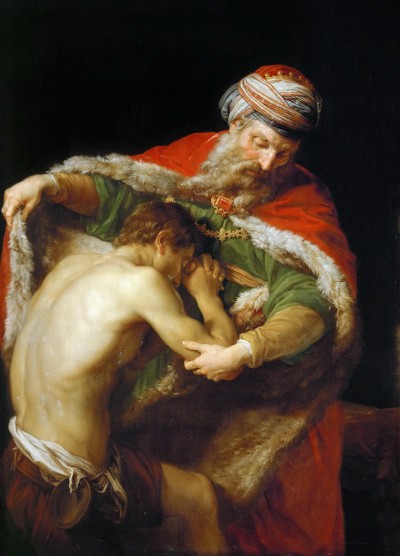 I have yet to meet the monk who has never been assailed by thoughts that push him into restlessness, impurity, vindictiveness, anger, harshness, pride, ambition, covetousness, lust, rebellion, murmuring, and even hatred. There are men who, in the world, thought themselves reasonably virtuous and on their way to holiness. After one, two, or three seasons in the cloister, however, they begin to see cracks in the edifice of their virtue. Sometimes panic ensues: “I am not the man I thought I was. Since entering the monastery I have become worse, not better. Here I am struggling with things that never troubled me in the world. What am I to do?” Such experiences are not unusual. The monastery, like the Egyptian desert of old, is a place of spiritual combat. One does not enter the cloister for a life of pious quietude.

Put you on the armour of God, that you may be able to stand against the deceits of the devil. For our wrestling is not against flesh and blood; but against principalities and powers, against the rulers of the world of this darkness, against the spirits of wickedness in the high places. (Ephesians 6:12)

Our Benedictine peace, the famed pax benedictina is hedged about by thorns. It it is not acquired cheaply. It is a thing more precious and more costly than anything the world can offer. Our Lord says, “From the days of John the Baptist until now, the kingdom of heaven suffereth violence, and the violent bear it away” (Matthew 11:12).  Abba Longinus said, “Give your blood and receive the Spirit”. By this, he meant, that without being wounded and bloodied in spiritual combat, one cannot claim possession of the fruits of the Holy Ghost.

But the fruit of the Spirit is, charity, joy, peace, patience, benignity, goodness, longanimity, mildness, faith, modesty, continency, chastity. Against such there is no law. And they that are Christ’s, have crucified their flesh, with the vices and concupiscences. (Galatians 5:22–24)

The disclosure of one’s thoughts to the spiritual father is an indispensable part of the monastic strategy for spiritual combat. One begins to lose the battle as soon as one hides from his abbot the “evil thoughts that beset one’s heart and the sins committed in secret.” Hidden thoughts, temptations, struggles, resentments, and fears tend to swell and to increase in malignancy in proportion to one’s unwillingness to disclose them. No sooner are such thoughts and hidden sins disclosed to the spiritual father than the swelling goes out of them and the poison they contain begins to drain out of the soul. Saint Ambrose writes:

Saint Fructuosus of Braga says that “the monk ought always to refer all his acts and occasions of sin — thoughts, revelations, illusions, and negligences — to the father” (Reg. monachorum, c. 13). It is a sure sign of pride when a monk keeps his troubling thoughts and temptations to himself. Not only does such a monk run the risk of becoming completely poisoned by this thoughts; he also sinks deeper and deeper into the quicksand of pride.

Certain men, marked by their upbringing, or by the culture in which they were reared, are loathe to open up to another. They prefer to trudge along in solitary misery, not wanting to risk opening up to another. It is remarkable that the same men lose this inhibition after downing a few pints. Then, they begin, and sometimes at great length and with tears, to reveal the thoughts of the heart to whomever happens to be near at hand. The same people who recoil from the confessional will confess innermost secrets, feelings, and fantasies on Facebook and in the other social media. Is this not a manifestation of the need to confide in another, to bare one’s soul? None of these things can offer lasting healing, nor are they channels of divine grace. Quite the opposite!

Blessed Abbot Marmion, whose feast we celebrate today, astutely remarks, that a sure indicator of pride is the tendency to conceal from others, especially from one’s superiors, the things that detract from the image of virtuousness and perfection that, out pride, one seeks to project. Some men invest a good deal of energy in maintaining or enhancing a certain image of holiness; they fear revealing their weaknesses and vices because to uncover such things risks shattering the image they want to cultivate. Long ago, I knew a novice who had been told that a joyful countenance was the sign of a true monastic vocation. The poor brother exhausted himself completely by trying to keep an artificial grin on his face whenever he thought someone was looking at him! In the end, pushed to the limit by forcing himself to smile, he cracked and was obliged to leave the monastery. The problem was that the novice believed that he had to put on and project a certain image if was to win the approval and acceptance of the community. The shattering of the cultivated image can be the beginning of a humble abandonment to God and to the operations of His grace. Blessed Marmion says:

Monastic submission goes so far that we reveal to our superior the state of our soul ; here we have the fifth degree of humility. Pride prompts us to exalt ourselves and seek the esteem of others, and consequently to hide our defects from them. It is therefore an act of humility to reveal voluntarily to another man the true state of our soul; and we do it because we revere God in this man : Revela Domino viam tuam, et spera in eo. Notice the choice that St. Benedict here makes of this text. It is to the Lord, Domino, to the Lord Whom faith causes us to see in our Superior, that we unveil the state of our soul, assured that if we act as children, God will act towards us like a Father full of loving kindness : Et spera in eo. The fruit of this degree of humility is that God will lead us by a sure path, wherein we cannot go astray. (Christ the Ideal of the Monk, p. 232–233)

One of the abbot’s principal tasks, then, is to listen to the temptations, struggles, falls, and even defeats of his sons. If a brother is discouraged, the abbot must comfort him. If he is despondent, the abbot must incite him to hope. If he is despairing, the abbot must show him the inexhaustible mercy of God. If, infected with acedia, a brother is languishing and restless, the abbot must raise him to his feet and help him take the first small steps towards the recovery of what Saint Benedict calls “the good zeal which monks ought to have” (Chapter LXXII). Sometimes, it is enough for the abbot to listen to a brother patiently, pray a decade of the rosary with him, and to send him on his way with a blessing. Often, the abbot will send a brother to spend a quarter of an hour in the presence of the Most Blessed Sacrament, trusting in that word of the Gospel:

And coming down with them, he stood in a plain place, and the company of his disciples, and a very great multitude of people from all Judea and Jerusalem, and the sea coast both of Tyre and Sidon, who were come to hear him, and to be healed of their diseases. And they that were troubled with unclean spirits, were cured. And all the multitude sought to touch him, for virtue went out from him, and healed all. (Luke 6:17–19)

In every instance, the abbot must imitate Saint John the Baptist by sending his sons to the Lamb of God who takes away the sins of the world. The abbot is not Christ; he is the friend of the Bridegroom, sending souls to the Christ, the Divine Physician, the Bridegroom, the Lamb.

The next day, John saw Jesus coming to him, and he saith: Behold the Lamb of God, behold him who taketh away the sin of the world. (John 1:29)

The next day again John stood, and two of his disciples. And beholding Jesus walking, he saith: Behold the Lamb of God. And the two disciples heard him speak, and they followed Jesus. And Jesus turning, and seeing them following him, saith to them: What seek you? Who said to him, Rabbi, (which is to say, being interpreted, Master,) where dwellest thou? He saith to them: Come and see. (John 1:35–39)

The wisdom of Saint Benedict shines forth most clearly in this fifth degree of humility where, quoting the psalm, he says: “Make known thy way unto the Lord, and hope in Him”. At the centre of the fifth degree of humility is an invitation to hope. “My children behold the generations of men: and know ye that no one hath hoped in the Lord, and hath been confounded” (Ecclesiasticus 2:11). Believing this, one will renew often the great cry of one’s profession:

Suscipe me, Domine, secundum eloquium tuum , et vivam; et non confundas me ab expectatione mea. Take Thou me unto Thyself, O Lord, and I shall live. Let me not be confounded in my hope. (Psalm 118:116)