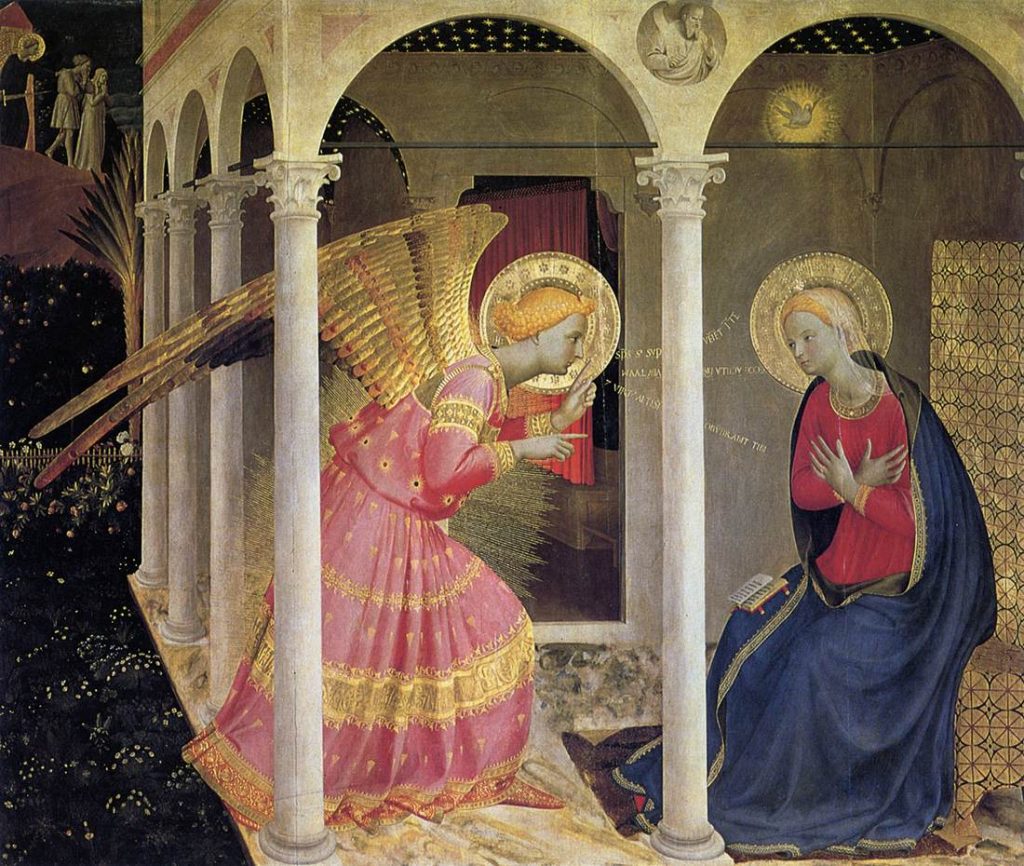 It is always with a certain regret that I arrive at the 12th Degree of Humility in our reading of the Holy Rule. I have the sentiment of having left so much unsaid, of having failed to draw out of Chapter VII all that it contains for our conversion, our healing, and our sanctification. This being said, I know that we shall return again to Chapter VII in October and I pray that the Holy Ghost will give me then a tongue to say what up until now I have left unsaid.

Saint Benedict is no dualist. The monk, he writes, is always to show his humility to all who see him, “not only in his heart, but also in his very exterior”. While it is true that what a man is in his heart will influence and shape his exterior, it is also true that how a man conducts himself outwardly will influence and determine the innermost dispositions of his heart. Those who are suspicious of the outward practices of the monastic observance are, at bottom, suspicious of the whole sacramental economy of the Incarnation, by which God touches man, heals him, and lifts him up by means of sacramental signs. To the brother who says to me, “I do not feel humble”, or “I am not humble”, I reply, “Then act as if you were, until, over time, your outward actions have their effect on the inner man”. This is why in our Benedictine life we hold to certain ritual practices and customs: by these actions and conventions — not invented, but received from the tradition — we extend the great sacramental principle of the Incarnation into all of life, even into our manner of speaking and doing “in the oratory, in the monastery, in the garden, on the road, in the field or wherever one may be”.

We must be on our guard against the creeping Protestantism that has its roots in a kind of Manichæan Dualism. This way of thinking often appeals to people who think themselves intellectually superior and more rational than the poor benighted Catholic and Orthodox riffraff who bow and kneel before sacred images and relics, who walk in processions, get themselves doused with Holy Water and anointed with Holy Oil, tell their beads, and abstain from eating meat. There is a certain diffidence towards the mystery of the Incarnation that one encounters still among rationalists and among the positivist critics of sacramental religion. As for us, ours is the religion of Saint John the Theologian:

Our message concerns that Word, who is life; what he was from the first, what we have heard about him, what our own eyes have seen of him; what it was that met our gaze, and the touch of our hands. Yes, life dawned; and it is as eye-witnesses that we give you news of that life, that eternal life, which ever abode with the Father and has dawned, now, on us. (1 John 1:1–2)

The man who waits to act humbly until he has the inward certainty of being humble will never be humble at all. The divine pedagogy never departs from the principles set in motion by the Incarnation and extended into all of life by the sacraments and sacramentals of the Church.

As I meditate the joyful mysteries of the Rosary, I sense the humility of the Blessed Virgin Mary in all the circumstances of her life. In the Immaculate Virgin there was nothing feigned, nothing forced: her whole being radiated grace. How many saints have learned that one cannot abide for very long in the presence of the Blessed Virgin without being changed by her. Our Lady effects real changes in souls, not by doing violence to them, nor by imposing harsh exigencies, but simply by the communication of grace, sweetly and silently, to those who welcome her into their lives. Rightly do we sing in the Ave Maris Stella:

Show thyself a Mother,
may the Word divine
born for us thine Infant
hear our prayers through thine.

Virgin all excelling,
mildest of the mild,
free from guilt preserve us
meek and undefiled.

Keep our life all spotless,
make our way secure
till we find in Jesus,
joy for evermore.

To the brother to struggles to be humble, to the brother who struggles to keep his heart pure, to the brother who rebels against the rhythm of the observance and the practice of obedience, I say: “Stop struggling. Go to Mary and remain close to her, like a little child content to play quietly at its mother’s feet. Lay aside your worries, set aside your fears, and tell your beads. Over time you will begin to see that so often as you do this you go away a changed man, a man in whom the fruits of the Holy Ghost are beginning to bud, and blossom: “charity, joy, peace, patience, benignity, goodness, longanimity, mildness, faith, modesty, continency, chastity” (Galatians 5:22–23).