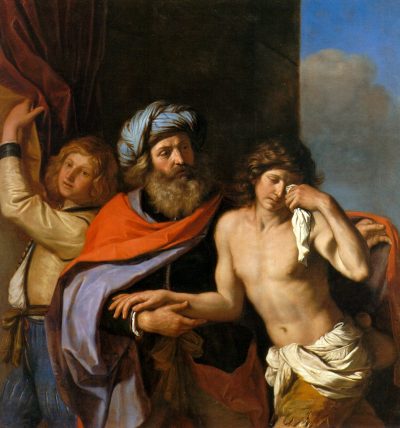 CHAPTER XXIX. Whether the Brethren who Leave the Monastery Are to Be Received Again
6 Mar. 6 July. 5 Nov.
If any brother who through his own fault departeth or is cast out of the Monastery, be willing to return, let him first undertake to amend entirely the fault for which he went away; and then let him be received back into the lowest place, that thus his humility may be tried. Should he again depart, let him be taken back until the third time: knowing that after this all return will be denied to him.

It sometimes happens that monks “run away from home”. It is the old story, often recounted by the Desert Fathers, of the monk who misses his old haunts amidst the lights and glamour and action of The Big City, or of the monk who thinks that the solution to his melancholy and distaste for prayer (class symptoms of acedia) is elsewhere, anywhere, but in his monastery. More often than not, the monk who runs away from the monastery—after coming to his senses in the world —wants to run back to it. Saint Benedict is patient and wise. The monk, humbled and chastened by his rash behaviour and instability, is to be received back into the community, and this up to three times.

Outwardly, there is no killing of the fatted calf, no fine new clothes or shoes for his feet, nor sounds of high merriment; but there will be the gentle mercy of the Abbot manifested with a quiet, manly restraint, and there will be the charity of the brethren who recognize in their wayward brother the runaway in themselves, and are moved to compassion for him. The returning brother is welcomed into the lowest place because grace in abundance always descends to the lowest place, like the water that flows from the mountaintops into the valley. By placing a returning monk in the lowest place, Saint Benedict effectively places him in the one place where he is certain of receiving torrents of divine grace.

After three episodes like this, however, Saint Benedict would have the Abbot help the runaway brother to understand that his comings and goings are not helpful to himself, nor are they good for the community. He will need to make a final choice and if that choice is for life in the world and separation from the monastery, the Abbot will ratify his choice; the necessary canonical procedure will be followed; and a new chapter will begin in the man’s life. There will always be men who love the idea of monastic life but who, for one reason or another, cannot adjust to living it day in and day out. Such men can go on to live holy and fruitful lives in the world but they must keep in mind that the nostalgia for certain aspects of monastic life does not constitute a vocation to it.

A brother asked me once if one could “lose his vocation”. The short answer is “Yes”. One can squander one’s vocation by misusing, or neglecting, or not treating with respect the Instruments of Good Works in chapter IV. Stop doing what a monk does and, over time, you will lose your vocation. You will wake up one morning and discover that you no longer think as a monk thinks, and are no longer what a monk is. It is precisely to prevent such a disaster, that Saint Benedict gives us chapters XXIII—XXX.

A man who runs away from the cloister is sometimes called an apostate. The word apostate means to stand apart from, or outside of, or against that in which one stood. It refers to one who falls away from that to which he had given his loyalty. One does not apostasize overnight. It happens very slowly and by degrees. This is why Saint Benedict says that we are to

44. To fear the Day of Judgment.
45. To be in dread of hell.
46. To desire with a special longing everlasting life.
47. To keep death daily before one’s eyes.
48. To keep guard at all times over the actions of one’s life.
49. To know for certain that God sees one everywhere.
50. To dash down on the (Rock) Christ one’s evil thoughts, the instant that they come into the heart.
51. And to lay them open to one’s spiritual father.