Skip to content
HomeAdoration of the Most Holy Sacrament of the AltarHis face was as it were hidden (VII:1) 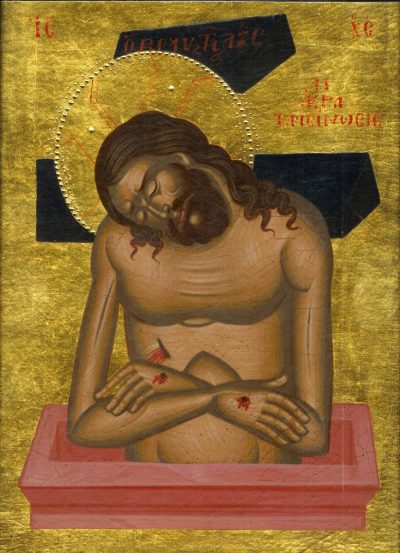 The Holy Scripture crieth out to us, brethren, saying: “Every one that exalteth himself shall be humbled, and he who humbleth himself shall be exalted.” In saying this, it teacheth us that all exaltation is a kind of pride, against which the prophet sheweth himself to be on his guard when he saith: “Lord, my heart is not exalted nor mine eyes lifted up; nor have I walked in great things, nor in wonders above me.” For why? “If I did not think humbly, but exalted my soul: like a child that is weaned from his mother, so wilt Thou requite my soul.” Whence, brethren, if we wish to arrive at the highest point of humility, and speedily to reach that heavenly exaltation to which we can only ascend by the humility of this present life, we must by our ever-ascending actions erect such a ladder as that which Jacob beheld in his dream, by which the angels appeared to him descending and ascending. This descent and ascent signifieth nothing else than that we descend by self-exaltation and ascend by humility. And the ladder thus erected is our life in the world, which, if the heart be humbled, is lifted up by the Lord to heaven. The sides of the same ladder we understand to be our body and soul, in which our divine vocation hath placed various degrees of humility or discipline, which we must ascend.

Having read Chapter V, Of Obedience, and Chapter VI, Of the Practice of Silence, we come today to Chapter VII, Of Humility, the third and most important of these three Chapters,  that, taken together, constitute the ascetical and mystical heart of the Holy Rule. Saint Benedict presents here, at once, with a portrait of the suffering Christ, and with the via crucis of the monk, that is, the path by which a monk “by patience shares in the sufferings of Christ” (Prologue). One must learn, I think, to read Chapter VII of the Holy Rule through the lens of Isaias’s prophecy of the Suffering Servant:

Who hath believed our report? and to whom is the arm of the Lord revealed? And he shall grow up as a tender plant before him, and as a root out of a thirsty ground: there is no beauty in him, nor comeliness: and we have seen him, and there was no sightliness, that we should be desirous of him: Despised, and the most abject of men, a man of sorrows, and acquainted with infirmity: and his face was as it were hidden and despised, whereupon we esteemed him not. Surely he hath borne our infirmities and carried our sorrows: and we have thought him as it were a leper, and as one struck by God and afflicted. But he was wounded for our iniquities, he was bruised for our sins: the chastisement of our peace was upon him, and by his bruises we are healed. All we like sheep have gone astray, every one hath turned aside into his own way: and the Lord hath laid on him the iniquity of us all. He was offered because it was his own will, and he opened not his mouth: he shall be led as a sheep to the slaughter, and shall be dumb as a lamb before his shearer, and he shall not open his mouth. (Isaias 53:1–7)

Humility is attested by these signs: First of all if a man has all his desires mortified; secondly, if he conceals none of his actions or even of his thoughts from his superior; thirdly, if he puts no trust in his own opinion, but all in the judgment of his superior, and listens eagerly and willingly to his directions; fourthly, if he maintains in everything obedience and gentleness and constant patience; fifthly, if he not only hurts nobody else, but also is not annoyed or vexed at wrongs done to himself; sixthly, if he does nothing and ventures on nothing to which he is not urged by the Common Rule or by the example of our elders; seventhly, if he is contented with the lowest possible position, and considers himself as a bad workman and unworthy in the case of everything enjoined to him; eighthly, if he does not only outwardly profess with his lips that he is inferior to all, but really believes it in the inmost thoughts of his heart; ninthly, if he governs his tongue, and is not over talkative; tenthly, if he is not easily moved or too ready to laugh. For by such signs and the like is true humility recognised. And when this has once been genuinely secured, then at once it leads you on by a still higher step to love which knows no fear (1 John 4:18), and through this you begin, without any effort and as it were naturally, to keep up everything that you formerly observed not without fear of punishment; no longer now from regard of punishment or fear of it but from love of goodness itself, and delight in virtue. (Institutes IV, 39)

Saint Benedict invites us to consider the mystic ladder that Jacob beheld in a dream, “a ladder standing upon the earth, and the top thereof touching heaven: the angels also of God ascending and descending by it” (Genesis 28:12). Jacob’s ladder is a type of the Cross of Christ, the seat of His priestly mediation and the altar of His sacrifice. Wheresoever the Holy Sacrifice of the Mass is offered, there is erected the true ladder that stands upon earth and that has its top in heaven.

Wheresoever the Sacred Host is, there the whole mystery of the Cross is present efficaciously. The obedience, silence, and humility of the suffering Christ perdure in the Most Holy Sacrament of the Altar. The monk who contemplates the Host, the monk who is nourished with the Host, will become like the Host: obedient, silent, and humble. This was the great intuition that Mother Mectilde sets forth in her little treatise, The True Spirit: that the perfection of Benedictine life is given us in the Host. The True Spirit is, in effect, a Eucharistic illumination of Chapters V, VI, and VII of the Holy Rule.

The true spirit of our Benedictine life is one of participation in Our Lord’s Eucharistic κένωσις (self–emptying). Mother Mectilde calls it His anéantissement, His exinanition, His being brought to nought.  Compelled by an excess of divine pity, it was not enough for Christ to become for our sake “obedient unto death, even death on a cross” (Philippians 2:7–8); Our Lord chose to perpetuate the κένωσις of His passion, even after His glorious resurrection and ascension in heaven, in the adorable Sacrament of His Body and Blood. Chapter VII of the Holy Rule is, in large part, composed of “things hid from the wise and prudent, and revealed to little ones” (Matthew 11:25). If you would begin to understand these things, remain, obedient (Chapter V) and silent (Chapter VI), in the presence of the Most Blessed Sacrament. The humility of the Host will teach you all that Saint Benedict sets forth in the Chapter that we begin today.