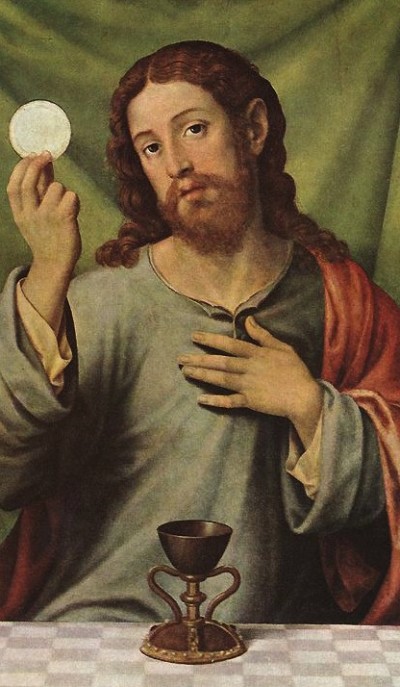 4 Feb. 5 June. 5 Oct.
The seventh degree of humility is, that he should not only call himself with his tongue lower and viler than all, but also believe himself in his inmost heart to be so, humbling himself, and saying with the prophet: “I am a worm and no man, the shame of men and the outcast of the people. I have been exalted, and cast down, and confounded.” And again: “It is good for me that Thou hast humbled me, that I may learn Thy commandments.”

It often happens that a man may profess himself to be, as Saint Benedict says, lower and of less account than others, but as soon as someone or something reminds him of this, he takes offence. There is much to be said for being quite ordinary and unremarkable — just another chap doing his best to say his prayers, avoid sin, and get to heaven without leaving too much wreckage behind him on earth — but things are rarely that simple. We are all complex characters.

It is salutary , on certain days and at certain hours in life, to say to oneself, “You are not all that special, not the exception, not above, or beyond, or outside of the vast mass of the children of Eve”. There is something very dangerous about thinking, “Nobody understands me. Nobody is like me. Nobody thinks, or feels, or sees, or suffers as I do. I am so unique, so special, so different that I am altogether in a class by myself”. For the man who thinks like this, life is an endless tragic drama in which he is the star, and in which he expects everyone around him to play supporting roles.

In the seventh degree of humility Saint Benedict gives us three passages from the psalms. Each one constitutes a progression in the seventh degree. The first is Psalm 21:7, a prophecy of the suffering Christ: “But I am a worm, and no man: the reproach of men, and the outcast of the people”. Saint Benedict is suggesting here that one must look first to Christ, the Suffering Servant and, insofar as possible, see one’s own reality in the light of His.

Despised, and the most abject of men, a man of sorrows, and acquainted with infirmity: and his look was as it were hidden and despised, whereupon we esteemed him not. (Isaias 53:3)

This goes to the heart of the devotion to the Holy Face of Jesus such as Saint Thérèse understood it and practiced it. All of life’s lows and let–downs are an opportunity to meet the suffering Christ, to identify with Him, and to pass over with him into the glory of the Father. This also goes to the heart of Mother Mectilde’s understanding of our contemplation of the Sacred Host: it is an opportunity to relate our hiddenness to the hiddenness of God in the Host; our silence to the silence of God in the Host; our being made little of by men to the Sacred Host of which men make so little; our ordinariness to the ordinariness of the sacred species.

The second verse chosen by Saint Benedict is Psalm 87:16: “I have been lifted up only to be brought low and confounded”. Life can be a roller–coaster. The acclamations of Palm Sunday — Hosanna Filio David! — changed rather quickly into the cruel vociferations of Good Friday — Crucifige, crucifige eum! Again, in the school of Mother Mectilde, we learn to look at the immobility and changelessness of the Host and we find therein the secret of an unshakeable stability in God, akin to what we sing every day in the hymn at None:

O Strength and Stay upholding all creation
Who ever dost Thyself unmoved abide,
yet day by day the light in due gradation
from hour to hour through all its changes guide.

The third verse that Saint Benedict gives us is Psalm 118:71: “It is good for me that Thou hast humbled me, that I may learn thy commandments”. This verse must be understood in the light of Hebrews 5:8, “Whereas indeed he was the Son of God, Christ learned obedience by the things which he suffered”. All of the things that we see as setbacks, injustices, trials, and even failures are, in effect, lessons by which we learn what God said to the prophet Isaias: