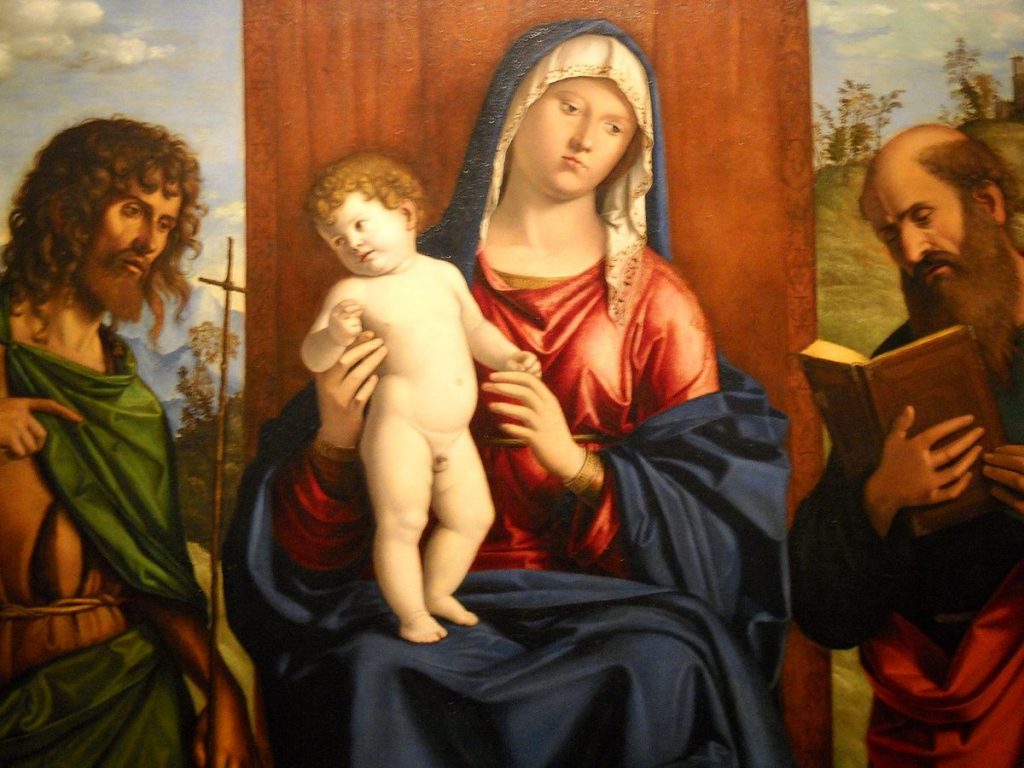 CHAPTER LXVIII. If a Brother be commanded to do Impossibilities
26 Apr. 26 Aug. 26 Dec.
If on any brother there be laid commands that are hard and impossible, let him receive the orders of him who biddeth him with all mildness and obedience. But if he seeth the weight of the burden altogether to exceed his strength, let him seasonably and with patience lay before his Superior the reasons of his incapacity to obey, without shewing pride, resistance, or contradiction. If, however, after this the Superior still persist in his command, let the younger know that it is expedient for him; and let him obey for the love of God, trusting in His assistance.

I return today to Chapter LXVIII. Yesterday, I focused on the virtue of meekness with which Saint Benedict would have a monk receive the hard and impossible commands that may be laid upon him, but there is more. Cum omni mansuetudine et oboedientia. To meekness, Saint Benedict adds obedience. The meek monk has an affable, gracious way about him that indicates a ready good will to do or, at least, to try to do whatever will be asked of him. A superior should never have to take one look at a monk and conclude, “I cannot ask anything of this brother. His mind and heart are closed before I even open my mouth”. A superior ought never be afraid of asking something of a brother. Happy the abbot who is able to say, “I can ask anything of any one of my monks. I know that, no matter what, I will meet with the fundamental attitude of obedience that, at least, makes a man say, ‘Reverend Father, I am certainly willing to try'”. The meek monk is open and approachable; the obedient monk is willing to take the first step.

It may happen that, even with good will and effort, a monk sees that the weight of the burden altogether exceeds his strength. This becomes an occasion to practice humility and simplicity. Saint Benedict says, “let him seasonably and with patience lay before his Superior the reasons of his incapacity to obey”. Seasonably, opportune, means at the right moment. The right moment is not, for example, immediately before the Divine Office or Holy Mass, nor is it at the hour of lectio divina, nor after Compline. Again, if a brother perceives that the abbot, or any other superior, is preoccupied, harried, or pulled in several other directions, it is best for that brother to keep his representations for a more opportune moment. Patienter. The brother is to state his case patiently. One cannot expect the abbot to grasp immediately all the contingencies and circumstances of every difficulty. Much is gained by speaking amiably and calmly. The abbot must be patient with his monks, but the monks must also be patient with their abbot. Having listened to his son, the abbot will say, “You were open to what I asked of you. You didn’t refuse. Thank you for helping me to see that this thing exceeds your strength. I shall look for another solution. Be at peace”.

Saint Benedict indicates three attitudes that are always reprehensible: non superbiendo aut resistendo vel contradicendo, pride, resistance, and contradiction. The prideful brother is convinced that he knows better, that he knows more, that he alone sees rightly.What is stopped up by pride is opened by humility. Saint Thomas says that humility is “a disposition that facilitates the soul’s untrammeled access to spiritual and divine goods” (II:2, Question 161, article 5). The humble brother, even if he be less gifted naturally, can, effectively, do more than the prideful brother, because the humble brother has free access to spiritual and divine goods, while the prideful brother is “sent empty away” (Luke 1:53).

The resistant brother gives the impression of pushing away whatever comes from outside himself; he is interiorly murmuring “no” at every turn. The contradicting brother has a particular affection for the conjunction “but” as in “Yes, but”, “No, but”, “Not now, but”.

The last sentence of Chapter LXVIII is, in some way, a distillation of Saint Benedict’s doctrine: “If, however, after this the Superior still persist in his command, let the younger know that it is expedient for him; and let him obey for the love of God, trusting in His assistance”. Saint Benedict already said in the Prologue: “If anything be somewhat strictly laid down, according to the dictates of sound reason, for the amendment of vices or the preservation of charity, do not therefore fly in dismay from the way of salvation, whose beginning cannot but be strait and difficult”. Here, he adds, et ex caritate, confidens de adiutorio Dei, oboediat. “Let him obey for the love of God”. Nothing opens a soul to grace like the little prayer, “For love of Thee, O Jesus”.

Already in Chapter V, our holy father said, “Obedience without delay becometh those who hold nothing dearer to them than Christ”. The monk who obeys ex caritate, out of love, will do astonishing things, like Saint Maurus running over the waters to rescue the boy Placid. He will discover that even the smallest thing done in response to an actual grace, out of love for Christ, opens him to receive other graces. And, in this way, he begins to “go forward with a dilated heart and to run in the way of God’s commandments  with the unspeakable sweetness of love” (Prologue).

The phrase, confidens de adiutorio Dei, sums up the reliance on divine grace that runs through the Holy Rule from beginning to end. Saint Benedict fosters in his monks an attitude of complete confidence in God, and of utter reliance on divine grace. Omnia possum in eo qui me confortat (Philippians 4:13). Saint Benedict is never far from Saint Paul who says, “I can do all things in him who strengtheneth me”, or as it is given in Monsignor Knox’s translation, “Nothing is beyond my powers, thanks to the strength God gives me”. Chapter LXVIII ends with the word oboediat. Let him obey. Nothing is ever lost by obedience when the act of obedience is driven by love and sustained by divine grace.