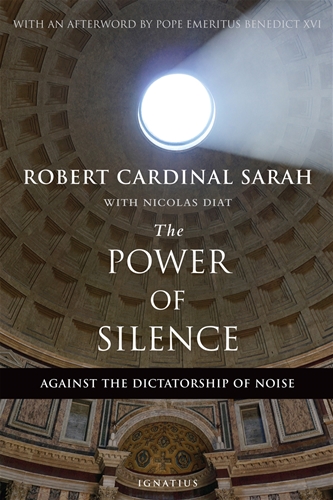 CHAPTER XLII. That no one may speak after Compline
21 Mar. 21 July. 20 Nov.
Monks should love silence at all times, but especially during the hours of the night. Therefore, on all days, whether of fasting or otherwise, let them sit down all together as soon as they have risen from supper (if it be not a fast-day) and let one of them read the Conferences [of Cassian], or the lives of the Fathers, or some thing else which may edify the hearers. Not, however, Heptateuch, nor the Books of Kings for it will not profit those of weak understanding to hear those parts of Scripture at that hour : they may, however, be read at other times. If it be a fast-day, then a short time after Vespers let them assemble for the reading of the Conferences, as we have said; four or five pages being read, or as much as time alloweth, so that during the reading all may gather together, even those who may have been occupied in some work enjoined them. Everyone, then, being assembled, let them say Compline; and when that is finished, let none be allowed to speak to any one. And if any one be found to evade this rule of silence, let him be subjected to severe punishment; unless the presence of guests should make it necessary, or the Abbot should chance to give any command. Yet, even then, let it be done with the utmost gravity and moderation.

One might think that this chapter ought to find its place after Chapter VI, “Of the Practice of Silence”, but Saint Benedict presents it in relation to the preceding chapter that sets forth at what hours the brethren are to take their meals. The great silence of the night is, in effect, related to the hour of supper and to the reading of four or five pages of the Conferences of Cassian or of some other book that follows either Vespers or supper, according to the season of the year. What are the grand principles of this chapter? They are, I think, found, as so often happens, in the first and last sentences:

Monks should love silence at all times, but especially during the hours of the night. . . . And if any one be found to evade this rule of silence, let him be subjected to severe punishment; unless the presence of guests should make it necessary, or the Abbot should chance to give any command. Yet, even then, let it be done with the utmost gravity and moderation.

Saint Benedict’s directives concerning the evening reading come between the first and last sentences of the chapter. Saint Benedict says, Omni tempore silentium debent studere monachi, maxime tamen nocturnis horis. Abbot Hunter–Blair translates this: “Monks should love silence at all times, but especially during the hours of the night.” I rather like the strength of Abbot Hunter–Blair’s translation because I think it attempts to sum up all the many shades of meaning of the verb studeo. Lewis and Short give no less than nine different but related meanings for the word studeo: to be eager or zealous, to take pains about, be diligent in, anxious about, busy one’s self with, strive after, to apply one’s self to or pursue. What emerges clearly from the text is that monks ought to to be eager or zealous for silence; to take pains about silence; be diligent in keeping silence; anxious about silence;  busy themselves with silence; strive after silence; apply themselves to silence, and pursue silence.

This being said, there are also times when a monk ought to speak. Not all silence corresponds to the silence of the Rule. There are unhealthy silences of withdrawal, self–marginalisation, self–pity, internalised rage, preoccupation with daydreaming, and depression or melancholy. There is the silence of the monk who is really saying, “I have no time for you; I can’t be bothered with you; conversation with you is a massive bore”. There are brethren who, by reason of their obediences, are bound to speak: first of all, the guestmaster; then the porter, and the brothers charged with relating to the people employed in the kitchen, in bookkeeping, in construction, or elsewhere. There are times in the day when it is fitting to speak: principally at recreation. Conversation at recreation is an exercise of fraternal charity; it also provides ample occasion for the practice of humility, mutual encouragement, and of the virtue of playfulness or mirth called εὐτραπελία (eutrapelia). Saint Thomas says:

In human affairs whatever is against reason is a sin. Now it is against reason for a man to be burdensome to others, by offering no pleasure to others, and by hindering their enjoyment. Wherefore Seneca [Martin of Braga, Formula Vitae Honestae: cap. De Continentia] says (De Quat. Virt., cap. De Continentia): “Let your conduct be guided by wisdom so that no one will think you rude, or despise you as a cad.” Now a man who is without mirth, not only is lacking in playful speech, but is also burdensome to others, since he is deaf to the moderate mirth of others. Consequently they are vicious, and are said to be boorish or rude, as the Philosopher states (Ethic. iv, 8). (Second Part of the Second Part, Q. 168, art. 4).

There are, I think, three kinds of silence in the life of a monk: the first is ascetical; the second is useful; and third is contemplative. By the first, a monk seeks to avoid sins of the tongue and the occasions of such sin. By the second, a monk practices silence as the means to a worthy end; as when, for example, one is silent in order to stay focused on one’s work, to study with application, or to prepare oneself for lectio divina and for prayer. By the third, one is silent because the presence of God reduces one to silence, that is, to the silence that is the soul’s expression of adoration, of yearning for God, and of repose in His love. The third kind of silence is best learned in the school of the Host.

It is the silence of the Host that opens a soul to dialogue with the Word. Even then, the words by which it may please the Word to reveal something of Himself are as nothing compared to the vastness of the silence in which He communicates His love. The words that may be exchanged in adoration are, on the part of God, divinely simple and efficacious — sed tantum dic verbo, “but only say the word” (Matthew 8:8). On the part of the soul they are mere stammerings; Et dixi: A, a, a, Domine Deus, ecce nescio loqui, quia puer ego sum. “And I said: Ah, ah, ah, Lord God: behold, I cannot speak, for I am a child” (Jeremias 1:6)

All of these other things which Jesus did, and continues to do, are found in the silence of the Host. In a sense, the silence of adoration of the Most Blessed Sacrament begins precisely where the Gospel of Saint John ends.