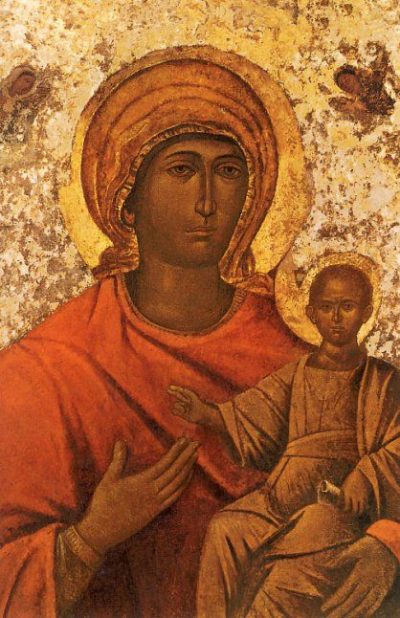 Difficult pastoral situations are nothing new. They are, in fact, as old as Mother Church herself. It has never not been hard to follow Our Lord Jesus Christ.

If any man will come after me, let him deny himself, and take up his cross daily, and follow me. For whosoever will save his life, shall lose it; for he that shall lose his life for my sake, shall save it. For what is a man advantaged, if he gain the whole world, and lose himself, and cast away himself? (Luke 9:23–25)

For those who fall along the way, there is the Sacrament of Penance. And for those who cannot straightaway extricate themselves from an objectively sinful situation and, in spite of this, still desire to follow Christ, albeit from a distance (cf. Matthew 26:58), there is another solution. This other solution has, time and time again, been shown to resolve the most difficult pastoral situations and to make possible things that nearly everyone, and from all sides, judged impracticable, if not impossible. “Because no word shall be impossible with God” (Luke 1:37). I learned of this other solution more than forty years ago while making a life–changing retreat in France. I shall call it The Marian Solution.

The preacher of the retreat was an elderly priest, well known for his unswerving fidelity to the traditional doctrine of the Church, his great learning, his wisdom, and his holiness of life. He was also the spiritual father of a privileged soul recently proclaimed a Venerable Servant of God. Father F. spoke, at one point, of the drama of people living in adultery or in other kinds of irregular unions, or locked into patterns of vice, who, in spite of a sincere and often sorrowful desire to return to the Sacraments, found it impossible to break the ties of the sinful relationship or to renounce the near occasion of sin.

I still recall the story that Father F. recounted: it had to do with a Catholic man and a Catholic woman, both still married to their respective spouses, who had, for many years, been living together in an objective state of sin, all the while looking for a way to return to the Sacraments. Father F. told them that so long as they remained together, living as man and wife, they could not approach the Sacraments. Sensing their grief and not wanting to leave them altogether without hope, Father F. proposed another solution. He asked the couple if they would follow what he proposed. The couple, being sincere and of a generous disposition, promised that they would do whatever was asked of them, short of leaving one another.

At the end of the Mass, Father F. asked the couple to promise him three things: 1) to attend Holy Mass faithfully on every Sunday and Holy Day of Obligation without, of course, receiving Holy Communion; 2) to consecrate themselves to the Blessed Virgin Mary and, as a token of their consecration, to wear the Miraculous Medal; 3) to recite the rosary together every evening. The couple promised to do all three things. Within a year’s time all the obstacles to their return to the sacraments were resolved in ways that struck the couple and all who knew them as nothing short of miraculous. They were able to begin afresh. The Blessed Virgin Mary, Mediatrix of All Graces, obtained for them all the graces needed to go forward in repentance and in perfect conformity to the teachings of her Son and the laws of the Church. The story reads like something out of pages of The Glories of Mary by Saint Alphonsus except for the fact that the events recounted happened about fifty years ago.

Father F. said that there were many other instances of similar miracles of grace happening in difficult pastoral situations simply because he had proposed The Marian Solution and the terms of the proposal were accepted. The Marian Solution is but one way of putting into practice what Saint Alphonsus teaches in his marvelous little book, Prayer: The Great Means of Salvation and of Perfection.

When, therefore, God shows us that of ourselves we are unable to observe all his commands it is simply to admonish us to do the easier things by means of the ordinary grace which he bestows on us, and then to do the more difficult things by means of the greater help which we can obtain by prayer. ‘By the very fact that it is absurd to suppose that God could have commanded us to do impossible things, we are admonished what to do in easy matters, and what to ask for in difficulties.’ But why, it will be asked, has God commanded us to do things impossible to our natural strength? Precisely for this, says St. Augustine, that we may be incited to pray for help to do that which of ourselves we cannot do. ‘He commands some things which we cannot do, that we may know what we ought to ask of him.’ And in another place: ‘The law was given, that grace might be sought for; grace was given that the law might be fulfilled.’ The law cannot be kept without grace, and God has given the law with this object, that we may always ask him for grace to observe it. In another place he says: ‘The law is good, if it be used lawfully; what, then, is the lawful use of the law?’ He answers: ‘When by the law we perceive our own weakness, and ask of God the grace to heal us.’ St. Augustine then says: We ought to use the law; but for what purpose? To learn by means of the law, which we find to be above our strength, our own inability to observe it, in order that we may then obtain by prayer the divine aid to cure our weakness.

St. Bernard exhorts us to have continual recourse to the Mother of God, because her prayers are certain to be heard by her Son: ‘Go to Mary, I say, without hesitation; the Son will hear the Mother.’ And then he says: ‘My children, she is the ladder of sinners, she is my chief confidence, she is the whole ground of my hope.’ He calls her ‘ladder,’ because, as you cannot mount: the third step except you first put your foot on the second, nor can you arrive at the second except by the first, so you cannot come to God except by means of Jesus Christ, nor can you come to Christ except by means of his Mother. Then he calls her his greatest security, and the whole ground of his hope; because, as he affirms, God wills that all the graces which he gives us should pass through the hands of Mary. And he concludes by saying, that we ought to ask all the graces which we desire through Mary; because she obtains whatever she seeks, and her prayers cannot be resisted.

In all the discussions surrounding the controversy stirred up by Amoris Laetitia, I am struck by how little one speaks of grace, and of Our Lady, and of prayer. There is but one solution to difficult pastoral situations, and that one solution is grace. Grace is obtained by prayer, and prayer is within the reach of every soul. There are souls who choke on the words of the Act of Contrition but who can murmur a Hail Mary. Let such souls do this much.  Our Lady, the Mediatrix of All Graces, will not refuse the grace of contrition to one who, incapable of anything more, simply calls upon her name. It is, I think, a great pity that the magnificent text of Saint Bernard, Respice Stellam, Voca Mariam, is not more often cited by those ministering to souls in difficult pastoral situations. At the end of the day, The Marian Solution may be not only the best solution, but the only solution.

Whosoever you are who know yourself to be tossed among the storms and tempests of this troubled world rather than to be walking peacefully upon the shore, turn not your eyes away from the shining of this star, if you would not be overwhelmed with the tempest. If the winds of temptations arise, if you are driving upon the rocks of tribulation, look to the star, invoke Mary! If you are tossed upon the waves of pride, ambition, envy, rivalry, look to the star, invoke Mary! If wrath, avarice, temptations of the flesh assail the frail skiff of your mind, look to Mary! If you are troubled by the greatness of your crimes, confused by the foulness of your conscience and, desperate with horror of judgement, you feel yourself drawn into the abyss of despair; in dangers, in difficulties, in perplexities: invoke and think of Mary! Let not the name depart from heart and from lips; and that you may obtain a part in the petitions of her prayer, do not desert the example of her life. If you think of and follow her, you will not go wrong, nor despair if you beg of her. With her help you will not fall or be fatigued; with her protection you will not fear; if she favorable, you will be sure to arrive; and thus you will learn by your own experience how right it is said: And the Virgin’s Name was Mary! (Saint Bernard, In Praise of the Virgin Mother, Sermon 2:17)