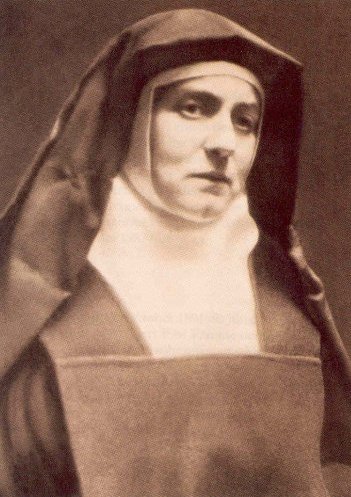 An Extraordinary Woman
Seventy–four years ago today, on August 9, 1942, the Carmelite Teresa Benedicta of the Cross, known in the world as Dr. Edith Stein, met death in the infernal concentration camp of Auschwitz. Edith Stein was a Jew, born into an Orthodox family on October 12, 1891. It was the Day of Atonement or Yom Kippur. For a time, suffering from depression, and determined nonetheless to seek her own truth, she abandoned all outward religious practice. Edith asked for Baptism after reading the autobiography of Saint Teresa of Avila. “This,” she said, “is the truth.”

Thou hast delivered me, according to the multitude of the mercy of thy name, from them that did roar, prepared to devour. Out of the hands of them that sought my life, and from the gates of afflictions, which compassed me about: From the oppression of the flame which surrounded me, and in the midst of the fire I was not burnt. From the depth of the belly of hell, and from an unclean tongue, and from lying words, from an unjust king, and from a slanderous tongue: My soul shall praise the Lord even to death. And my life was drawing near to hell beneath. They compassed me on every side, and there was no one that would help me. I looked for the succour of men, and there was none. I remembered thy mercy, O Lord, and thy works, which are from the beginning of the world. How thou deliverest them that wait for thee, O Lord, and savest them out of the hands of the nations. (Ecclesiasticus 51:4–12)

Salvation From the Jews
Saint Teresa Benedicta of the Cross is of the lineage of Miriam, of Sarah, Rebecca, Rachel, Leah, Judith and Esther, of the same people as the Blessed Virgin, Miriam of Nazareth, of whom was born Yeshouah who is called the Christ. Saint Paul reminds us that, “the gifts and the call of God are irrevocable” (Rom 11:29). God’s choice of Israel remains; His love for Israel stands firm forever. How could God not cherish with a love of predilection the race that gave His only begotten Son flesh and blood? Gentile Christians are the wild olive shoot, grafted in place to share the richness of the olive tree. Lest we be tempted to boast, Saint Paul says: “Remember, it is not you that supports the root, but the root that supports you” (Romans 11:18).

Through the Eyes of a Bridal Love
Through the gift of the Law and the message of the prophets, God Himself undertook Israel’s education and preparation for a universal mission, for an abiding vocation. The Law and the prophets admonish Israel to fear the Lord God, to follow all His ways, to love Him, to serve the Lord God with heart and soul, to keep His commandments and laws. All of this is a response to merciful love. The vocation of Israel is to discover the holiness of God revealed in the Torah, to contemplate Him through the eyes of a bridal love. The God to Whom belong the heavens and the earth set his heart on Israel; God chose a people to be uniquely His own in view of a covenant by which Israel would become the beloved, the bride of the Eternal One.

Praise and Blessing
Where love is, there is praise. Praise colours all the dealings of Israel with the Lord; the chosen people are called to bless the Lord at all times, his praise is ever on their lips (Psalm 33:1). The Jewish people are the original Benedictines, that is, those who bless God always. Benedicam Dominum in omni tempore; semper laus ejus in ore meo. (Brief Responsory at Ferial Vespers, Psalm 33:2)  The religion of Israel is to surpass the dictates of the Law, to respond to the exigencies of love, to overflow in praise, to fill the world with blessing. 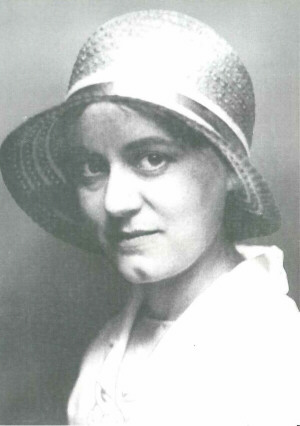 Leaning Upon Her Beloved
In entering the Church, Dr Edith Stein did not abandon her Jewish heritage; she embraced its fulfillment. In her own body, mind and heart, she experienced what it means to enter into covenant with the God of faithful love, to make His desires, His thoughts, His projects and His will her own. In the solitude of Carmel Teresa Benedicta of the Cross learned, like Israel in the desert, to lean upon the Beloved and upon no other. “Who is that coming up from the wilderness, leaning upon her beloved?” (Canticle of Canticles 8:5).

Dr Stein’s experience of the liturgy at the Benedictine Archabbey of Beuron opened her soul to the universal, objective prayer of the Church, balancing her personal attraction to long hours of solitary prayer before the tabernacle. The Archabbot of Beuron, Dom Raphael Walzer, encouraged Edith to deepen her knowledge of the liturgy and to enter deeply into its mystical reality. Later, called with her Sisters in Carmel to chant the psalms of David in the Divine Office, she recognized in them the very prayer of Christ our High Priest to the Father.

Auschwitz
In 1942, after the Catholic bishops of Holland protested against the Nazi persecution of the Jews, Teresa Benedicta, together with her sister Rosa, was deported from the Carmel of Echt to Auschwitz. There she penetrated into the mystery of the Suffering Servant, offering her life for the people whom God Himself calls “the apple of his eye.” In her last Testament, she wrote:

I joyfully accept in advance the death God has appointed for me, in perfect submission to His most holy Will. May the Lord accept my life and death for the honour and glory of His Name, for the needs of His holy Church — especially for the preservation, sanctification, and final perfecting of our holy Order, and in particular for the Carmels of Cologne and Echt — for the Jewish people, that the Lord may be received by His own and His kingdom come in glory, for the deliverance of Germany and peace throughout the world, and finally, for all my relatives living and dead, and all whom God has given me; may none of them be lost.