Skip to content
HomeFlorilegium PatristicumSaint Basil the Great on the Psalms 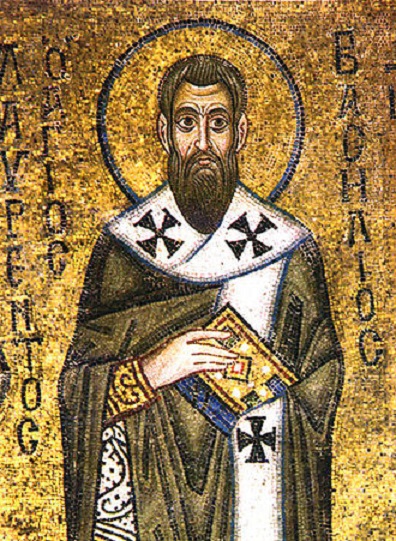 The Delight of Psalmody
When, indeed, the Holy Spirit saw that the human race was guided only with difficulty toward virtue, and that, because of our inclination toward pleasure, we were neglectful of an upright life, what did He do? The delight of melody He mingled with the doctrines so that by the pleasantness and softness of the sound heard we might receive without perceiving it the benefit of the words, just as wise physicians who, when giving the fastidious rather bitter drugs to drink, frequently smear the cup with honey.

Soothed by the Psalm
Therefore, He devised for us these harmonious melodies of the psalms, that they who are children in age, or even those who are youthful in disposition, might to all appearances chant, but in reality, become trained in soul. For, never has any one of the many indifferent persons gone away easily holding in mind either an apostolic or prophetic message, but they do chant the words of the psalms, even in the home, and they spread them around in the market place, and, if perchance, someone becomes exceedingly wrathful, when he begins to be soothed by the psalm, he departs with the wrath immediately lulled to sleep by means of the melody.

Producing Unity in Love
A psalm implies serenity of Soul; it is the author of peace, which calms bewildering and seething thoughts. For, it softens the wrath of the soul, and what is unbridled it chastens. A psalm forms friendships, unites those separated, conciliates those at enmity. Who, indeed, can still consider as an enemy him with whom he has uttered the same prayer to God? So that psalmody, bringing about choral singing, a bond, as it were, toward unity, and joining people into a harmonious union of one choir, produces also the greatest of blessings, love.

The Voice of the Church
A psalm is a city of refuge from the demons; a means of inducing help from the angels, a weapon in fears by night, a rest from the toils of the day, a safeguard for infants, an adornment for those at the height of their vigour, a consolation for the elders, a most fitting ornament for women. It peoples the solitudes; it rids the market places of excesses; it is the elementary exposition of beginners, the improvement of those advancing, the solid support of the perfect, the voice of the Church. It brightens feast days; it creates a sorrow which is in accordance with God. For, a psalm calls forth a tear even from a heart of stone. A psalm is the work of angels, a heavenly institution, the spiritual incense.