O God, Who didst constitute Thine only-begotten Son the Savior of Mankind, and didst bid Him to be called Jesus: mercifully grant, that we who venerate His holy Name on earth, may fully enjoy also the vision of His countenance in heaven. Through the same Jesus Christ, Thy Son, who liveth and reigneth with Thee in the unity of the Holy Ghost, God, forever and ever.

Seek His Face; Call upon His Name
There are two things that make it easy for souls to adore Our Lord in the Sacrament of His Love: they can seek His Human Face, though it be veiled by the appearance of the Sacred Host; and they can call upon Him by His Human Name.

These are the two things that people crave in a relationship: knowledge of a face and of a name. From these, one experiences the heart of the other, and so a relationship becomes a communion, an exchange in which one finds fulfillment, that is, joy and a response to one’s love in the other.

Shew me thy face, let thy voice sound in my ears: for thy voice is sweet, and thy face comely. (Canticle 2:14)

Something Not Difficult, Even for the Simplest Souls
By giving the world His Name and His Face (in the Sacred Scriptures and in Sacred Images) Our Lord has given us the way to His Sacred Heart, really and substantially present in the Most Holy Sacrament of the Altar. Thus has He made friendship with Him something that is not difficult, even for the simplest souls. 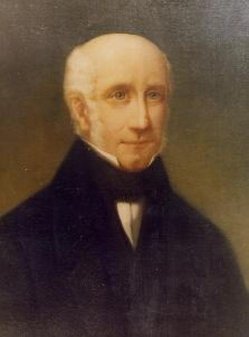 It is enough to seek His Face where It is to be found — in the Most Holy Sacrament of the Altar — and to call upon Him by Name — invoking the Name of Jesus. In doing these things, a soul makes reparation for those who blaspheme His Divine Person in His images and in His Holy Name. This is what the Venerable Servant of God Léon Dupont, the Holy Man of Tours (1797-1876), understood so well. In the Face of Jesus and in the Name of Jesus we have what is most precious to us for our journey through this valley of tears.

And it shall come to pass, that whosoever shall call upon the name of the Lord, shall be saved. (Acts 2:21)

For what other nation is there upon earth like thy people Israel, whom God went to deliver, and make a people for himself. (1 Chronicles 17:21)

Through Word and Sacrament in His Holy Catholic Church
Come close to Him, then, who has made Himself so close to us. Let nothing keep you from knowing Him. To know Jesus Christ and to believe in Him is salvation, and it is eternal life. Now this is eternal life: That they may know thee, the only true God, and Jesus Christ, whom thou hast sent. (John 17:3) This knowledge of Him — of His Name and of His Face — comes through Word and Sacrament in His Holy Catholic Church. Only there can souls come to experience Him as the Risen One with whom they can enter into a relationship so real that it is consummated in a Holy Communion, in partaking of His Body and Blood, and in becoming one with Him, even as He is one with His Father.

For Our Ears, Our Lips, and Our Eyes
For our ears and for our lips, Jesus gives us His Name. And for our eyes — for the eyes of the soul — He gives us His Sacred Face. His Divine Person, thus named, and thus beheld in the Sacred Host, becomes closer to us than ever a god was thought to be close to those who worship him. Christ Jesus is God, and there is no other. He alone is God with the Father and the Holy Spirit, and the soul who calls upon His Name and seeks His Face, has already entered into the mystery of the Divine Life that circulates ineffably and eternally among the Three.

This is, in essence, what Our Lord revealed to His Apostles on the night before He suffered. Leaving them to go to His Father, He was not leaving them orphans, for the Holy Ghost would open their lips to pronounce His Name and to preach it; and would open their eyes to recognize His Human Face hidden under the humble species of bread, and this until the consummation of the world.

And it came to pass, whilst he was at table with them, he took bread, and blessed, and brake, and gave to them. And their eyes were opened, and they knew him: and he vanished out of their sight. (Luke 24:30-31)

Fire and Light in this World
The Sacred Name and Sacred Face of Jesus are fire and light in this world that is becoming colder and darker by the day. In the end, the darkness will be forever vanquished by the fire of His Name and by the light of His Face, and then there shall be peace in His Kingdom fully revealed, and in the company of His saints who will sing praise to His Name and adore His Face, shining more brightly than a thousand suns, and this unto the ages of ages.