Skip to content
HomeHomiliesAnd the Virgin’s Name Was Mary 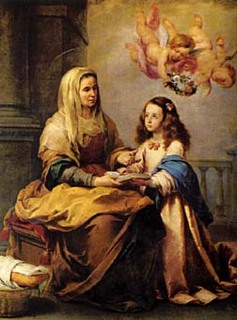 The Most Holy Name of Mary
In 1683 Pope Innocent XI extended the existing Feast of the Most Holy Name of Mary to the universal Church to thank Our Lady for the victory of John Sobieski, king of Poland, over the forces of militant Islam. On September 11th, 1683, Muslim Turks attacked Vienna, threatening the Christian West. The next day, Sobieski, invoking the Blessed Virgin Mary and placing his forces under her protection, emerged victorious.
The Holy Mother of God is no stranger to the struggles of her children in this valley of tears. She is attentive to every situation that threatens this world of ours, to every assault against the Church and, when we invoke her holy name, she is quick to intervene.
The Power of the Name
When it comes to calling upon the name of Mary, there is no struggle too global and too enormous, and no struggle too personal or too little. In the Bible, the name wields a mysterious power. Names are not to be pronounced casually or lightly. Names are not to be taken in vain. The invocation of the name renders present the one who is named. So often as you pronounce the sweet name of Mary with devotion and confidence, Mary is present to you, ready to help. So often as you pronounce the sweet name of Mary, you have her full and undivided attention.
As Oil Poured Out
The saints, drawing on a verse from the Song of Songs, compare the name of Mary to a healing oil. “Thy name is as oil poured out” (Ct 1:2). Oil heals the sick; it gives off a sweet fragrance, and it nourishes the flame of the sanctuary lamp. In the same way the name of Mary is like a balm on the wounds of the soul; there is no disease of the soul, however malignant, that does not yield to the power of the name of Mary. The sound of Mary’s name causes joy to spring up in the midst of tears; the repetition of Mary’s name warms the chilled heart.
A Pledge of Consecration
It is customary in some monasteries for every monk to bear the sweet name of Mary as a sign of mystical identification with her, a pledge of consecration to her, and a seal and safeguard of the monastic vocation. To bear the name of Mary signifies that one belongs to her household. The sophisticated and clever of the world, high and dry in their rationalism, smile condescendingly at such practices, but the saints understand the power of the name of Mary. For the saints there can never be too much of Mary. De Maria numquam satis. Of Mary, never enough!
Saint Bernard
No one has better treated of the Holy Name of Mary than Saint Bernard. His words will plant the gift of an abiding devotion to Mary’s sweet name deep within the heart of one who receives them:
Let us say a few words about this name
which means Star of the Sea,
and is so appropriate to the Virgin Mother.
She — I tell you — is that splendid and wondrous star
suspended as if by necessity over this great wide sea,
radiant with merit and brilliant in example.
O you, whoever you are,
who feel that in the tidal wave of this world
you are nearer to being tossed about among the squalls and gales
than treading on dry land:
if you do not want to founder in the tempest,
do not avert your eyes from the brightness of this star.
When the wind of temptation blows up within you,
when you strike upon the rock of tribulation,
gaze up at this star,
call out to Mary.
Whether you are being tossed about
by the waves of pride or ambition,
or slander or jealousy,
gaze up at this star,
call out to Mary.
When rage or greed or fleshly desires
are battering the skiff of your soul,
gaze up at Mary.
When the immensity of your sins weighs you down
and you are bewildered by the loathsomeness of your conscience,
when the terrifying thought of judgment appalls you
and you begin to founder in the gulf of sadness and despair,
think of Mary.
In dangers, in hardships, in every doubt,
think of Mary, call out to Mary.
Keep her in your mouth,
keep her in your heart.
Follow the example of her life,
and you will obtain the favour of her prayer.
Following her, you will never go astray.
Asking her help, you will never despair.
Keeping her in your thoughts, you will never wander away.
With your hand in hers, you will never stumble.
With her protecting you, you will not be afraid.
With her leading you, you will never tire.
Her kindness will see you through to the end.
Then you will know by your own experience
how true it is that the Virgin’s name was Mary.