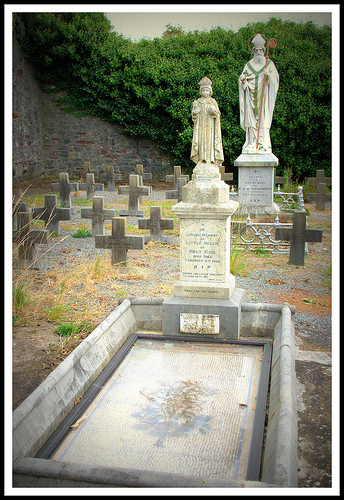 When one compares Ireland to other countries with strong Catholic heritage – Italy, Spain, Portugal, Poland, France, even parts of Germany, we perform very poorly when it comes to canonisations. Of course, it’s not a contest and the numbers themselves don’t really matter. Yet, at another level, the numbers are a kind of barometer that tell us something about the spiritual climate of a country. After all, a vibrant Catholic culture will foster holiness. This holiness will be recognised by others, who will then be motivated to promote these examples of holiness in an effective and professional manner. Other people will join in this process by praying for miracles. All of this needs institutional support from the religious orders, dioceses and parishes. Thus, a healthy, properly functioning Catholic culture will steadily produce canonised saints. The dearth of Irish saints since the Council of Trent points to something amiss about Irish Catholicism, especially when we consider the increased frequencies of beatifications and canonisations within the Church over the past 3 decades.

Why are saints so difficult to recognise,
In these days, not like in olden times,|
When we had a resident saint in each oak-grove,
A holy well in each townland, miracles galore?
By the law of averages, if, as philosophers maintain,
And common sense agrees, human nature doesn’t change,
And we are the mixture as before, there must be
Saints somewhere, if only we had eyes to see.

The Glory of Holiness Among Us
It is, I think, a curious trait of Catholic peoples with a history of Protestant oppression, to become their own accusers, quick to point out sin among their own and, at the same time, reluctant to recognise the glory of holiness. There was a strange fear of calling too much attention to the good, the true, and the beautiful among one’s own for fear of attracting the unwanted attention of the oppressor. Something of this mentality has perdured. It would seem as if every minority and cause can claim a right to “Pride” except the Catholic minority and the cause of sainthood.

Good News
Morale is low in Catholic Ireland, particularly among the clergy. There has been, to the delight of the secular media, so much Catholic self–accusation and so much breast–beating that the memory of the heroic virtue and astonishing deeds of the saints has receded into the darkest archives of the corporate memory. In place of the memory of the saints and of their deeds — a source of joy — there is the numbing and amplified repetition of the same failures, betrayals, and sins — a cause for mourning and weeping.  One has the impression that someone has a vested interest in keeping the bad news of sin in the public eye lest the good new of holiness somehow and leak out and begin to raise inconvenient questions. Whence comes this goodness? Whence this truth? Whence this beauty? Whence this heroism? Whence these miracles, these conversions, these inbreakings of joy?

An Initiative
In an age when the fashion in the Church has turned to organising national task–forces for all sorts of causes — peace,  justice, environment, communications, and a myriad of other things — would it not be suitable to constitute a task–force for the public recognition of Irish holiness? Could not a central office for the Causes of Saints be set up, suitably funded, and directed by an articulate and zealous layman of the calibre of Pat Kenny? This initiative alone would go a long way in teaching Ireland to say once again: “And I will go in to the altar of God: to God who giveth joy to my youth” (Psalm 42:4).