Skip to content
HomeFlorilegiumThe quiet harbour of the port 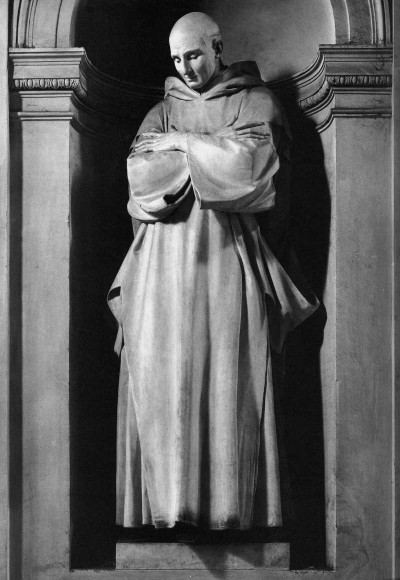 I am living in the wilderness of Calabria far removed from habitation. There are some brethren with me, some of whom are very well educated and they are keeping assiduous watch for their Lord, so as to open to him at once when he knocks. I could never even begin to tell you how charming and pleasant it is. The temperatures are mild, the air is healthful; a broad plain, delightful to behold, stretches between the mountains along their entire length, bursting with fragrant meadows and flowery fields. One could hardly describe the impression made by the gently rolling hills on all sides, with their cool and shady glens tucked away, and such an abundance of refreshing springs, brooks and streams. Besides all this, there are verdant gardens and all sorts of fruit-bearing trees.

Yet why dwell on such things as these? The man of true insight has other delights, far more useful and attractive, because divine. It is true, though that our rather feeble nature is renewed and finds new life in such perspectives, wearied by its spiritual pursuits and austere mode of life. It is like a bow, which soon wears out and runs the risk of becoming useless, if it is kept continually taut.

In any case, what benefits and divine exaltation the silence and solitude of the desert hold in store for those who love it, only those who have experienced it can know.

For here men of strong will can enter into themselves and remain there as much as they like, diligently cultivating the seeds of virtue and eating the fruits of paradise with joy.

Here they can acquire the eye that wounds the Bridegroom with love, by the limpidity of its gaze, and whose purity allows them to see God himself.

Here they can observe a busy leisure and rest in quiet activity.

Here also God crowns his athletes for their stern struggle with the hoped-for reward: a peace unknown to the world and joy in the Holy Spirit.

Such a way of life is exemplified by Rachel, who was preferred by Jacob for her beauty, even though she bore fewer children than Leah, with her less penetrating eyes. Contemplation, to be sure has fewer offspring than does action, and yet Joseph and Benjamin were the favourites of their father. This life is the best part chosen by Mary, never to be taken away from her. It is also that extraordinary beautiful Shunammite, the only one in Israel to take care of David and keep him warm in his old age. I could only wish, brother, that you too, had such an exclusive love for her, so that lost in her embrace, you burned with divine love. If only a love like this would take possession of you! Immediately, all the glory in the world would seem like so much dirt to you, whatever the smooth words and false attractions she offered to deceive you. Wealth and its concomitant anxieties you would cast off without a thought, as a burden to the freedom of the spirit. You would want no more of pleasure either, harmful as it is to both body and soul.

You know very well who it is that says to us: “He who loves the world, and the things of the world, such as the lust of the flesh, the lust of the eyes and ambition, does not have the love of the Father abiding in him”; also “Friendship with the world is enmity with God”. What could be so evil and destructive then, so unfortunate, or so much the mark of a crazed and headstrong spirit, as to put yourself at odds with the one whose power you cannot resist and whose righteous vengeance you could never hope to escape? Surely we are not stronger than he! Surely you do not think he will leave unpunished in the end all the affronts and contempt he receives, merely because his patient solicitude now incites us to repentance! For what could be more perverted, more reckless and contrary to nature and right order, than to love the creature more than the Creator, what passes away more than what lasts forever, or to seek rather the goods of earth than those of heaven ?

So, what do you think ought to be done, dear friend? What else, but to trust in the exhortation of God himself and to believe in the truth which cannot deceive? For he calls out to everyone, saying: “Come to me, all who labour and are heavy laden and I will give you rest”. Is it not, after all, a most ridiculous and fruitless labour to be swollen with lust, continually to be tortured with anxiety and worry, fear and sorrow, for the objects of your passion? Is there any heavier burden than to have one’s spirit thus cast down into the abyss from the sublime peak of its natural dignity – the veritable quintessence of right order gone awry? Flee, my brother, from these unending miseries and disturbances. Leave the raging storms of this world for the secure and quiet harbour of the port.