Skip to content
HomePope Benedict XVIPrayer is not time lost 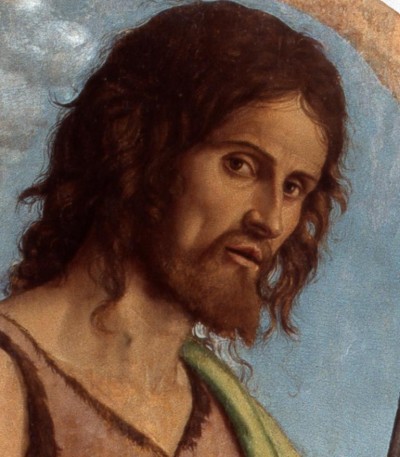 On August 29, 2012, Pope Benedict XVI delivered the following instruction at his weekly general audience. Titles in boldface and comments in italics are my own.

The Death of the Holy Forerunner
Dear brothers and sisters, [today] marks the liturgical memorial of the martyrdom of St. John the Baptist, the forerunner of Jesus. In the Roman calendar, he is the only saint for whom we celebrate both his birth (June 24th) and his death by martyrdom. Today’s memorial dates back to the dedication of a crypt of Sebaste, in Samaria, where by the mid 4th century his head was already being venerated. The cult then spread to Jerusalem, to the Churches of the East and to Rome under the title of the Beheading of St. John the Baptist. In the Roman Martyrology, reference is made to a second-century discovery of this precious relic, which was transported for the occasion to the Church of St. Sylvester in Campo Marzio, Rome.

A Veneration that is Ancient and Deep
These little historical references help us to understand how ancient and deep the veneration of St. John the Baptist truly is. In the Gospels his role in relation to Jesus is quite prominent. In particular, St. Luke recounts his birth, his life in the desert and his preaching, and in today’s Gospel St. Mark speaks to us about his dramatic death. John the Baptist begins his preaching under the emperor Tiberius, in 27-28 A.D., and the clear invitation he addresses to the people who come out to hear him is to prepare the way to welcome the Lord, to make straight the paths of their lives through a radical conversion of heart (cf. Luke 3:4).

Behold the Lamb of God
But the Baptist does not limit himself to preaching repentance and conversion; rather, in recognizing Jesus as “the Lamb of God” who has come to take away the sins of the world (John 1:29), he has the deep humility to point to Jesus as the One truly sent by God, and he steps aside so that Christ might increase, be heard and followed.

Humility, as so many have written, is the distinctive Benedictine virtue. Chapter Seven, on the twelve steps of humility, is the longest chapter in the Holy Rule. It is no mere coincidence that one of the first oratories that Saint Benedict built on Monte Cassino was dedicated to Saint John the Forerunner. Humility begins, not by gazing upon oneself, but by gazing upon and recognizing the Lamb of God. In the light of the Lamb one is content to disappear into a kind of ennothingment. This is where humiliation and adoration become two expressions of the same thing.

Refusal to Keep Silent About the Truth
As a last act, the Baptist bears witness with his blood to his fidelity to God’s commandments, without giving up or turning back, thus fulfilling his mission to the end. St. Bede, a 9th century monk, in his Homilies says: St. John, for Christ, gave up his life, even though [his persecutor] had not demanded that he should deny Jesus Christ, but only that he should keep silent about the truth (cf. Hom. 23: CCL 122, 354). And he did not keep silent about the truth, and thus he died for Christ who is the Truth. For love of the truth, he did not give in to compromises with those who were powerful, nor was he afraid to address strong words to the one who lost his way to God.

Is this not the single greatest temptation today for people in the public eye, be they churchmen or politicians: to keep silent about the truth? The trend to privatize religion is, in effect, a trend to suppress the truth. Such is the religion of the cowardly, not of the boldhearted in the Holy Ghost.

Prayer, the Guiding Thread of His Life
Now we see this great figure — this force — in his passion, in his resistance against the powerful. We ask: where does this life come from, this interiority, which is so strong, so principled, so consistent, which is spent so totally for God and in preparing the way for Jesus? The answer is simple: from his relationship with God, from prayer, which is the guiding thread of his entire life.

The Benedictus
John is the divine gift long besought by his parents, Zechariah and Elizabeth (cf. Luke 1:13); a great gift, humanly unhoped-for since both of them were advanced in years and Elizabeth was barren (cf. Luke 1:7); but nothing is impossible for God (cf. Luke 1:36). The announcement of this birth occurred precisely in a place of prayer, in the temple of Jerusalem; indeed, it took place when, to Zechariah, there fell the great privilege of entering the temple’s most sacred place, in order to offer incense to the Lord (cf. Luke 1:8-20). Even the Baptist’s birth is marked by prayer: the hymn of joy, praise and thanksgiving that Zechariah raises to the Lord and that we recite each morning in Lauds — the “Benedictus” — extols God’s action in history and prophetically points to the mission of his son John: to go before the Son of God made flesh in order to prepare the way for him (Luke 1:67-79).

Pope Benedict XVI is, of all the popes of modern times, the one most marked by the experience of the sacred liturgy in all its richness. The influence of the liturgy on his piety, his theology, and his world-view comes through in all his teachings, as it does here.

The Only Secure Reference Point: God
The entire life of Jesus’ precursor was nourished by his relationship with God, especially during the time he spent in the wilderness (cf. Luke 1:80); the wilderness, a place of temptation, but also a place where man feels his own poverty, for there he is deprived of all support and material security, and he comes to understand that the only secure reference point is God himself.

What the Holy Father says here of the wilderness can be applied, just as he says it, to the monastery. What is a monastery, if not “a place of temptation, but also a place where man feels his own poverty, for there he is deprived of all support and material security, and he comes to understand that the only secure reference point is God himself”?

John, a Teacher of Prayer
But John the Baptist is not only a man of prayer, of constant contact with God; he is also a guide in this relationship. The Evangelist Luke, in relating the prayer that Jesus taught his disciples — the “Our Father” — notes that the request made by the disciples was formulated with these words: “Lord, teach us to pray, as John taught his disciples” (cf. Luke 11:1).

I have never forgotten what I read so many, many years ago in Jean Cardinal Danielou’s book on the mystery of Advent: that Saint John the Baptist has a permanent and ongoing mission in the Church and in regard to souls, and that there is no “advent” of the Lord, even those secret advents of grace, that is not, in some way, prepared by the Holy Forerunner.

Saint John the Baptist is, moreover, a master of prayer. He teaches one how to pray by fixing one’s gaze upon the Lamb of God and by falling silent in adoration, in humility, and in joy.

The Martyrdom of Daily Fidelity to the Gospel
Dear brothers and sisters, celebrating the martyrdom of St. John the Baptist also reminds us — Christians in our own times — that we cannot give into compromise when it comes to our love for Christ, for his Word, for his Truth. The Truth is the Truth; there is no compromise. The Christian life requires, as it were, the “martyrdom” of daily fidelity to the Gospel; the courage, that is, to allow Christ to increase in us and to direct our thoughts and actions. But this can only occur in our lives if our relationship with God is strong.

Never has the temptation to compromise with the world been stronger than it is today, especially in Europe and North America. Notions such as discretion, tolerance, and liberty are used as excuses for pusillanimity, fear of confrontation, and the watering down of the truth. The gift of fortitude is as necessary in the present hour as it was in the great age of the martyrs.

Prayer: Faithful, Constant, Trusting
Prayer is not time lost, nor does it steal space away from our activities, even those that are apostolic; it is exactly the opposite: only if we are able to have a life of faithful, constant, trusting prayer, will God himself give us the ability and strength to live in happiness and peace, to overcome difficulties and to courageously bear witness to him. May St. John the Baptist intercede for us, that we might always maintain the primacy of God in our lives. Thank you.

How often I have heard people say that perseverance in prolonged prayer is a loss of time that might better be used working, that it steals space away from productivity, and that, while it is alright for those living in the cloister, it is not suitable for ordinary layfolk. I have even heard priests and religious repeat the tired old chestnut, “We are not monks”! With that deadly little phrase they absolve themselves of zeal for the sacred liturgy, of a daily rule of personal prayer, of lectio divina, and of making space in daily life for silence and solitude with God. The Holy Father calls the whole Church to maintain the primacy of God in life: God first, God adored, God confessed, God sought always and everywhere.