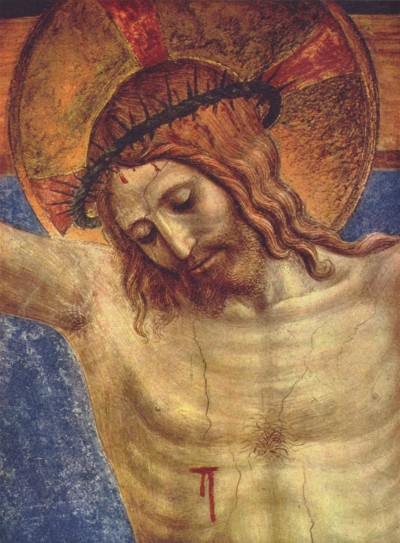 9 Feb. 10 June. 10 Oct.
The twelfth degree of humility is, that the monk, not only in his heart, but also in his very exterior, always shew his humility to all who see him: that is, in the work of God, in the oratory, in the monastery, in the garden, on the road, in the field or wherever he may be, whether sitting, walking or standing, with head always bowed, and eyes fixed on the earth, that he ever think of the guilt of his sins, and imagine himself already present before the terrible judgment-seat of God: always saying in his heart what the publican in the Gospel said with his eyes fixed on the earth: “Lord, I a sinner am not worthy to raise mine eyes to heaven.” And again, with the prophet: “I am bowed down and humbled on every side.”

For Saint Benedict, the summit of humility is configuration to the crucified Jesus, to the Christus passus, to Jesus in the very act of acquiescing with filial abandoment to the will of the Father. Saint Benedict lifts a very telling phrase from Saint John’s account of the death of the Lord to describe the interior transformation of the monk: Et inclinato capite tradidit spiritum, “And bowing his head, he gave up the ghost” (John 19:30). This phrase is the key to understanding all of Chapter VII, and he who understands Chapter VII, has, I think, understood all of the Holy Rule.