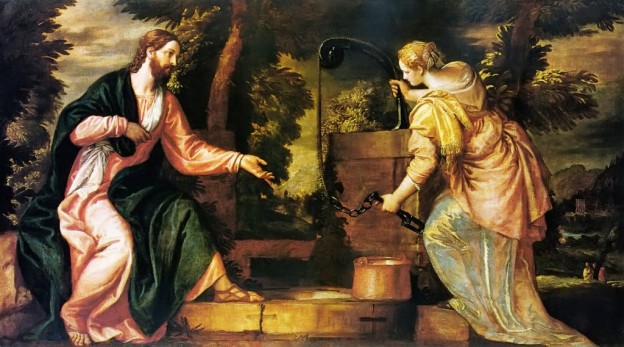 This morning at Matins, we had this magnificent sermon of Saint Augustine from the Treatise on John:

It was for you that Jesus was wearied with His journey. We find Jesus to be strength, and we find Jesus to be weak: we find a strong and a weak Jesus: strong, because “in the beginning was the Word, and the Word was with God, and the Word was God: the same was in the beginning with God.” Would you see how this Son of God is strong? “All things were made by Him, and without Him was nothing made:” and without labor, too, were they made. Then what can be stronger than He, by whom all things were made without labor? Would you know Him weak? “The Word was made flesh, and dwelt among us.” The strength of Christ created you, the weakness of Christ created you anew. The strength of Christ caused that to be which was not: the weakness of Christ caused that what was should not perish. He fashioned us by His strength, He sought us by His weakness.