CHAPTER XXXIII. Whether Monks Ought to Have Anything of Their Own
11 Mar. 11 July. 10 Nov. 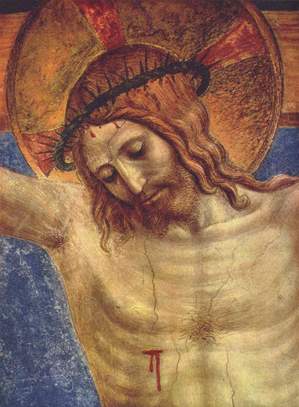 The vice of private ownership is above all to be cut off from the Monastery by the roots. Let none presume to give or receive anything without leave of the Abbot, nor to keep anything as their own, either book or writing-tablet or pen, or anything whatsoever; since they are permitted to have neither body nor will in their own power. But all that is necessary they may hope to receive from the father of the Monastery: nor are they allowed to keep anything which the Abbot has not given, or at least permitted them to have. Let all things be common to all, as it is written: “Neither did anyone say that aught which he possessed was his own.” But if any one shall be found to indulge in this most baneful vice, and after one or two admonitions do not amend, let him be subjected to correction.

The Vice of Proprietorship
The drive to acquire things, to possess and claim them as one’s own is a vice to be cut out of the monastery by the roots. What is a vice? A vice is a sinful disposition reinforced by the repetition of concrete actions to the point of becoming habitual and pervasive. The inclination to stand over something and call it “mine” is incompatible with the monastic way of life.

Radical Disappropriation
To the vice of a proprietary spirit Saint Benedict opposes the virtue of a radical disappropriation: “Let none presume to give or receive anything without leave of the Abbot, nor to keep anything as their own, either book or writing-tablet or pen, or anything whatsoever; since they are permitted to have neither body nor will in their own power.” The monk renounces ownership even over his own body and his own will. This is the profound meaning of the Suscipe (Psalm 118:116) that, with hands raised towards heaven, and standing before the altar, the monk sings on the day of his profession: 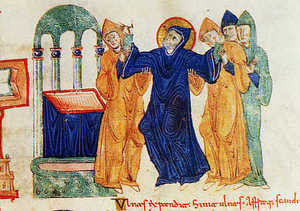 Suscipe me, Domine, secundum eloquium tuum , et vivam;
et non confundas me ab expectatione mea.
Take me up, even unto Thyself, O Lord, according to thy word, and I shall live:
and let me not be ashamed of my hope.

Sacrificial Victimhood
For Saint Benedict, the monk is a man offered, an oblation, a victim made over to God in sacrifice. By monastic profession, a man places himself upon the altar together with the oblations of bread and wine. Doing this, he becomes, according to the teaching of Saint Augustine a sacrificium.

Man himself, consecrated in the name of God, and vowed to God, is a sacrifice in so far as he dies to the world that he may live to God. (The City of God, Book X, Chapter VI)

Configured to the Lamb
The highest expression of Benedictine disappropriation (poverty) is found, then, in that sacrificial victimhood by which a monk is mystically (that is really, but in a hidden way) configured to Christ, the Lamb of God, “the pure victim, the holy victim, the immaculate victim” (Roman Canon).