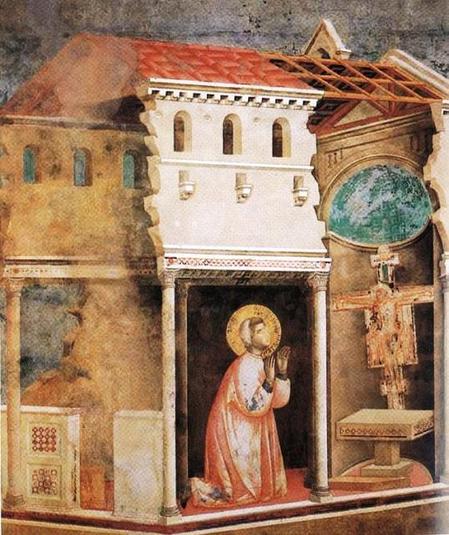 “In the Church of St. Damian where he was accustomed to pray, he heard three times a voice from Heaven saying: “Go Francis, rebuild my house which is falling down.” (St. Bonaventure, Legenda Maior, Chap. II) But Francis, because of that deep humility which made him think himself incapable of accomplishing any great work whatsoever, did not understand the meaning of these mysterious words. Innocent III, however, discovered their import through the miraculous vision in which Francis was shown in the act of supporting on his shoulders the Church of the Lateran which was falling to the ground. The Pope then understood clearly that the mission of St. Francis was a very special one, given to him by a most merciful God.”