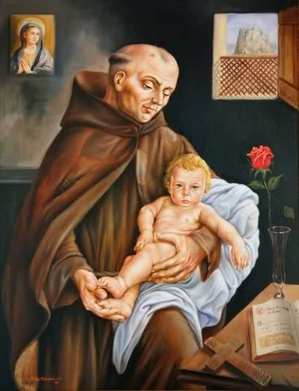 I almost forgot that today is the feast of Saint Giovan Giuseppe della Croce.

A Family Connection
My mother’s grandmother was born and raised in a baroque palazzo nestled in a lazy southern Italian paese called Piedimonte d’Alife. From the windows of the house one can look up and see the hermitage of La Solitudine where a humble Franciscan lived an extraordinary holiness. The grace of Saint Giovan Giuseppe della Croce seems to linger still in the wild nature and austere friary above Piedimonte d’Alife.

I first visited La Solitudine in 1975. The cells, refectory, and hermitages are narrow with extremely low ceilings; this particular form of architectural austerity was characteristic of the Alcantarine Reform to which Saint Giovan Giuseppe belonged.

Our saint died on March 5, 1739. Four years later, in 1743, Bishop Isabella dedicated to Saint Michael the Archangel the family chapel constructed by my Onoratelli ancestors at the foot of the mountain crowned by Saint Giovan Giuseppe’s hermitage.

A Franciscan Father of the Desert

In obedience to the express desire of his superior, our saint submitted to receive the dignity of the priesthood, and was appointed to hear confessions; in which task he displayed a profound theological learning, which he had acquired solely at the foot of the cross. But, carried onward by an ardent love of the cross, whose treasures he more and more discovered as he advanced in the dignity and functions of the sacred ministry, he resolved to establish in the wood adjoining his convent a kind of solitude, where, after the manner of the ancient Fathers of the Desert, he might devote himself entirely to prayer and penitential austerities, and give to the Church an illustrious and profitable example of the sacerdotal spirit exercised in a perfect degree. There was found in the wood a pleasant fountain, whose waters healed the sick; and hard by he erected a little church, and round about it, at intervals, five small hermitages, wherein, with his companions, he renewed the austere and exalted life of the old anchorites, and advanced greatly in spirituality. And in order that no care or worldly thought might ruffle the sublime tranquillity of this contemplative life, the convent had charge of daily supplying the holy solitary with food. (1864 Edition of Butler’s Lives of the Saints)