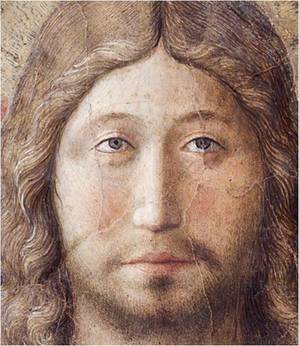 Thursday
Thursday is the weekly rememoration of the mysteries of the Cenacle: Our Lord’s washing the feet of His Apostles; the High Priestly Prayer given in the seventeenth chapter of Saint John’s Gospel; the institution of the priesthood and of the Most Holy Eucharist, sacrament and sacrifice. Every Thursday recalls, in some measure, Maundy Thursday, the mystic portal into the mysteries of Redemption: Our Lord’s bitter Passion, His death, burial, and resurrection. It is then entirely suitable and right that Thursdays should be dedicated in a special way to Eucharistic adoration and to intercession for the sanctification of priests.
Votive Mass of Our Lord Jesus Christ, Eternal High Priest
It is an immense grace to celebrate the Votive Mass of Our Lord Jesus Christ, Eternal High Priest on the Thursdays when the calendar permits it. This Mass formulary was added to the Roman Missal by order of Pope Pius XI in 1935.

91. And before concluding Our letter, to you, Venerable Brethren in the Episcopate, and through you to all Our beloved sons of both clergy, We are happy to add a solemn proof of Our gratitude for the holy cooperation by which, under your guidance and example, this Holy Year of Redemption has been made so fruitful to souls. We wish to perpetuate the memory and the glory of that Priesthood, of which Ours and yours, Venerable Brethren, and that of all priests of Christ, is but a participation and continuation. We have thought it opportune, after consulting the Sacred Congregation of Rites, to prepare a special votive Mass, for Thursdays, according to liturgical rules: De summo et aeterno Iesu Christi Sacerdotio, to honor “Jesus Christ, Supreme and Eternal Priest.” It is Our pleasure and consolation to publish this Mass together with this, Our Encyclical Letter. (Pope Pius XI, Ad Catholici Sacerdotii, 20 December 1935)

I never tire of meditating its Proper texts and, so often as I celebrate this Votive Mass, new insights into the mystery of the Priesthood of Christ come to light, calling me to a more radical configuration to the Priest and Victim who, speaking through me in every Mass, says, “This is my Body,” and “This is the chalice of my Blood.”
Christ is the “I” of the Priest
It astonishes me that Our Lord speaks in the first person singular, saying “I” and “my” through my mouth. It would be wonderful if the priest were set apart only to say, “This is His Body,” and “This is the chalice of His Blood,” but Our Lord’s design goes beyond that. He has His priests say, “This is My Body,” and “This the chalice of My Blood.” Humbling himself in a kenosis (self-emptying) that recalls, and completes, and prolongs the kenosis of the Incarnation and of the Cross, Christ so identifies Himself with the priest, as to act and speak efficaciously through Him, by the power of the Holy Spirit, and this independently of the subjective dispositions of the priest, of his weaknesses, and of his “innumerable sins, offences, and negligences” (Offertory Prayer, Suscipe, Sancte Pater).

It is he [the priest] who says with the power coming to him from Christ in the Upper Room: “This is my body which will be given up for you This is the cup of my blood, poured out for you…”. The priest says these words, or rather he puts his voice at the disposal of the One who spoke these words in the Upper Room and who desires that they should be repeated in every generation by all those who in the Church ministerially share in his priesthood. (Venerable John Paul II, Ecclesia de Eucharistia, art. 5)

Saint Peter Julian Eymard
It humbles me and astonishes me that, by virtue of my ordination to the priesthood, Our Lord Jesus Christ humbles Himself to the point of becoming my “I”. He condescends to express Himself through me. He invites me so to decrease that He may increase in me until, as the Apostle says, “I live now not I, but Christ liveth in me” (Gal 2:20).

At the end, I made the perpetual vow of my personality to Our Lord Jesus Christ, in the hands of the Most Holy Virgin and of Saint Joseph, under the patronage of Saint Benedict (whose feast it was).

What exactly did Saint Peter Julian Eymard mean by this “new vow,” or this “fourth vow” as he called it? It is, in effect, a resolution to surrender oneself entirely to the sacramental graces of Baptism, Confirmation, Holy Eucharist, and Holy Orders, in such a way as to allow these graces to produce their fullest effects and most perfect fruits. Listen to the Saint himself explain the significance of this particular vow, taking as his point of departure, a Christological argument.

Just as, by the mystery of the Incarnation the holy humanity of Our Lord was submerged into His own Person, in such wise that it no longer sought itself, no longer having any aspiration particular to itself; it no longer acted for self, having substituted in itself another Person, that Person being the Son of God who sought only the interests of His Father, to whom He looked always and everywhere. In the same way, I must be submerged to all desires of my own so as to have only those of Jesus Christ who is in me, so as to live in me for the Father. It is for this that He gives Himself to me in Holy Communion. “As the living Father hath sent me, and I live by the Father; so he that eateth me, the same also shall live by me” (Jn 6:58). It is as if the Saviour were saying, “In sending me forth by the Incarnation, the Father, the Father cut away from me the root of any self-seeking by giving me not a human personhood, by in uniting me to a Divine Personhood, so as to make me live for Him.”

It is, I think, a little difficult to follow Saint Peter Julian’s Christological argument here. He is saying, in effect, that the Incarnate Word is not a human person with a human and divine nature, but a Divine Person with a human and divine nature. The humanity of Our Lord inseparably united to His Divine Personhood, while remaining distinct from it, was by virtue of that union, perfectly ordered in all things to the Father’s will and good pleasure. The Saint then goes on to apply this mystery to himself by allowing Christ to speak:

And so by Communion you will live for me, because I will be living in you. I will fill your soul with my desires and with my life, which will consume and submerge in you all that is yours, so much so that I will live in you and desire in you, in place of yourself — you will be the body of my heart — [in] your soul [will be] the active faculties of my soul; your heart, the receptacle, the movement of my heart. . . “I live now not I, but Christ liveth in me” (Gal 2:20). 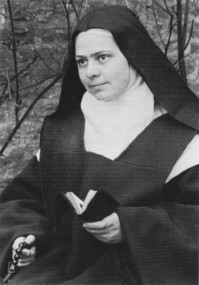 Saint Peter Julian and Blessed Elizabeth of the Trinity
All the saints share the same splendid intuitions, but each one expresses them according to his own genius, with his own vocabulary, and in the light of his own experience. Saint Peter Julian Eymard’s “vow of personality” is the fruit of his reflections on the priesthood in the context of a life spent before Our Lord’s Eucharistic Face, in intimate communion with His Eucharistic Heart. The very fact that Saint Peter Julian has recourse to Saint Paul and Saint John to express his own spiritual experience demonstrates that the substance of his experience is catholic, while the expression he gives to it is personal and particular. Compare, for example, Saint Peter Julian Eymard’s texts with the prayer of Blessed Elizabeth of the Trinity:

O my beloved Christ, crucified for love, I long to be the bride of your heart. I long to cover you with glory, to love you even unto death! Yet I sense my powerlessness and beg you to clothe me with yourself. Identify my soul with all the movements of your soul, submerge me, overwhelm me, substitute yourself for me, so that my life may become a reflection of your life. Come into me as Adorer, as Redeemer and as Saviour.

O Eternal Word, utterance of my God, I want to spend my life listening to you, to become totally teachable so that I might learn all from you. Through all darkness, all emptiness, all powerlessness, I want to keep my eyes fixed on you and to remain under your great light. O my Beloved Star, so fascinate me that I may never be able to leave your radiance.

It seems to me that Saint Peter Julian, the priest-adorer of the Most Blessed Sacrament would heartily subscribe to the prayer of Blessed Elizabeth, the Carmelite, and find in it a perfectly adequate expression of what he called “the vow of personality.”
A Personal Synthesis: The Eucharistic Face of Jesus
For my part, the Carmelite’s prayer becomes my own in a way that I can only pray Saint Peter Julian Eymard would acknowledge and approve as befitting one called to a life of adoration:

O Eucharistic Face of Jesus,
brightness of the glory of my God
and figure of His substance,
I want to spend my life gazing upon you,
to become totally impressionable
so that I might bear Thy likeness
and become an effigy of Thy countenance.
Through all darkness,
all emptiness,
all powerlessness,
I want to keep my eyes fixed on Thee
and to remain under Thy great light.
O my beloved Sun,
so fascinate me
that I may never be able to leave Thy radiance.
Amen.