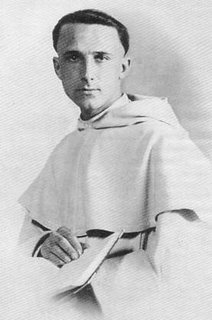 Father Reginald Garrigou-Lagrange’s remarkable teaching on liturgical prayer in The Three Ages of the Interior Life is a suitable complement to yesterday’s post on psalmody. The subtitles in boldface are my own.
The Psalmody of the Divine Office: The Great Prayer of the Church
One of the greatest means of union with God for the religious soul is the psalmody, which in religious orders is the daily accompaniment of the Mass. The Mass is the great prayer of Christ; it will continue until the end of the world, as long as He does not cease to offer Himself by the ministry of His priests; as long as from His sacerdotal and Eucharistic heart there rises always the theandric act of love and oblation, which has infinite value as adoration, reparation, petition, and thanksgiving. The psalmody of the Divine Office is the great prayer of the Church, the spouse of Christ; a day and night prayer, which ought never to cease on the surface of the earth, as the Mass does not.
A School of Contemplation, of Self Oblation, of Holiness.
For those who have the great honor to take part in the chant, the psalmody should be an admirable school of contemplation, of self oblation, of holiness. That it may produce these abundant fruits, the psalmody should keep what is its very essence; it ought to have not only a body which is well organized according to harmonious rules, but also a soul. If it ceases to be the great contemplative prayer, it gradually loses its soul and, instead of being a soaring, a rising toward God, and a repose, it becomes a burden, a source of fatigue, and no longer produces great fruits. Therefore we shall discuss briefly first of all deformed and materialized chant, then true psalmody, which is a deliverance, like the chant of the Church, above all the noises of earth.