Skip to content
HomeLent 2010Yielding to the attraction of the saints 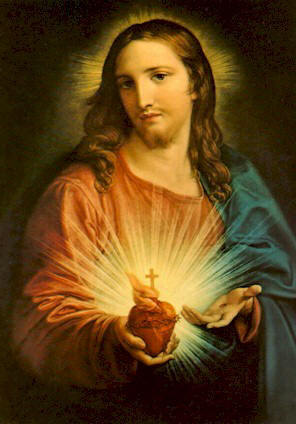 Every Lent I choose — or rather ask Our Lord to choose for me — a saint or saints to be my Lenten companions. From Ash Wednesday until Holy Pascha I journey with them, converse with them, seek their intercession, and marvel at their friendship. Last week, as I prayed over this, I found myself strangely moved to pick up an old book that first came into my hands thirty-eight years ago! Published in 1925 by the Abbey of Maredsous as part of the wonderful old monastic collection Pax, it bears the title: Une mystique bénédictine du XVIIe siècle, La Mère Jeanne Deleloë, Reliquiae. Reading the volume’s lengthy introduction by Dom Bonaventure Sodar, O.S.B. — who also inscribed the book with an elegant Latin verse — I was moved by a particular passage on the saints. I found it so compelling, in fact, that I decided to translate it for the readers of Vultus Christi. In a few places I was obliged to lighten or rework Dom Sodar’s gloriously subtle tournures de phrase. I hope that, in reading it, you will find the text as stimulating as I did in translating it.

The Exigencies of the Divine Majesty
After the sacraments, which introduce us into the circulation of the very life of God, the great blessing that He gives us is contact with the saints. No one can approach the saints without rather quickly feeling a salutary uneasiness: the uncomfortable memory of a past that is lost to us and of a present that is more or less off course. The saints have a way of affirming that the exigencies of the Divine Majesty have a bearing on them; this casts low our prideful pretensions and throws us into a state of amazement. The saints have a certain way of thinking of God, of silencing themselves before Him, and of pronouncing His Name, which compels us to groan with them . . . and to say as they did, trembling all the while, “Where then is our awe?”

For Those Caught in Life’s Wreckage
The saints also have a way of thinking of an other, of listening to an other, of speaking to an other; they stretch forth their hands to those caught in life’s wreckage, they make every poverty their own poverty, they restore dignity to those who have fallen. The saints have a certain way of not thinking of themselves and of emptying their souls of themselves. Doing this, they open within their souls an abyss of detachment capable of holding whatever miseries we care to hurl into it.

Their Sympathy Opens Our Souls
One who has not kept company with the saints passes his time on earth in a cold isolation. One who has not been charmed by them knows nothing of the price of friendship. One who would know oneself, and move beyond the wisdom of the world’s philosophers, must yield to the attraction of the saints. More than analysis and more than study, their sympathy opens our souls. When an unfulfilled heart yearns for the mysterious joys of a noble love with its battles and its triumphs, it need only recall that never has love been sung, or wept over, or lived as by these heroes. The saints stand ready at every moment to intone with accents that are ever new the canticle of eternity: Unus uni. “My Beloved is mine and I am His. Mine eyes have dried up with weeping as I wait for my Beloved.”

The Hand of An Other
Seeing the saints so full of courage, so uncompromisingly given to God alone, who of us would not say, “And I, am I not Christian too?” — and then — Quod isti et quod istae, cur non ego? “If they succeeded, why in my place should I not try ?” A noble ambition, but it is not prudent to set out unaccompanied on a path so perilous and harsh. So as not to slip and fall, one needs the hand of an other. Lest one grow faint and succumb to weariness, one needs the example of their enthusiasm. Lest one lose one’s way, one needs the brightness of their torches. In the chaos and obscurity of this vain and empty world —inanis et vacua — it is their light that makes life’s great avenues places of security and order, even unto salvation.

The Dates That Count
It is the saints who make history’s epochs what they are. More than captains, and academics, more than politicians, and artists, and philosophers, it is the saints who confer distinction on the centuries. The saints determine the dates that count. Should one want to reduce the events of world history to their true proportions, it would be enough to mark the passage of the saints. They alone signal the days and hours of the coming Kingdom, and the unfolding drama of the Divine Warrior, and of His conquest of souls.