I recommend The Mystery of Joseph to every reader of Vultus Christi. Part One of the book reflects on the life of Saint Joseph as revealed in the Gospels: his role in the New Covenant, his espousal of the Virgin Mary, her Motherhood and his trial of faith, the Nativity, Presentation, slaughter of the Innocents, Flight in Egypt, return to Nazareth, and hidden life. It considers the finding of Jesus in the Temple, and Saint Joseph’s death after years of a hidden life at Nazareth. Finally, the author treats of Saint Joseph’s royal priesthood, and presents him as a model for deacons.
Part Two presents Saint Joseph as worker, as spouse of Mary, as a man in the service of authority, a man of prudence, and a just and God-fearing man. The last two chapters of Part Two speak to me in a special way: “Man of Silence, Patriarch of the Monastic Life,” and “Saint Joseph and Saint John.”
An appendix offers the reader an excerpt from Pope Leo XIII’s Encyclical Quampluram pluries, on the place of Saint Joseph in the economy of salvation, as well as the Litany of Saint Joseph and a selection of prayers to him.
Père Marie-Dominique Philippe’s book allies the tenderness of one who has tasted the mysteries of God with a Dominican clarity of thought and theological rigour. I recommend the book to all who desire a clearer understanding of manhood sanctified in various states of life: in marriage, in the diaconate, in priesthood, and in the grace of monastic consecration. At this hour of the Church’s earthly pilgrimage, more, perhaps, than ever before, we are in need of the mystery and the intercession of Saint Joseph.
If you enjoy reading Vultus Christi, you will savour and delight in The Mystery of Joseph. Here is a telling excerpt from this wonderful book: 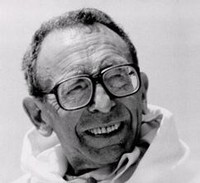 The great grace of the Second Vatican Council was perhaps to make us discover, or rediscover, the unity that exists between the Christian household and the monastic life, and to show us that there is no separation between the two. There is a distinction, obviously, but a distinction for the purpose of a much deeper unity, because we are all tending towards the same holiness, towards the same intimacy with Christ, with Mary, with Joseph. It is very important that the spirituality of the family today not be separated from monastic spirituality. and that there are profound exchanges in the order of fraternal charity (in the order of agape) between Christian households, and monastic households — spiritual and contemplative households which are totally consecrated to God. The latter remain linked to temporal households and to families, and must help them to go further.

For all Christians the fundamental requirement is to live by adoration, “in spirit and in truth” and then, stemming from this adoration, to live by a thirst for contemplation — and to do so in a world in which the utilitarian aspect is so important and where everything is judged according to criteria of efficiency and utility. Faced with this state of affairs, Christians need to affirm, more than ever, the primacy of the gratuity of love. We live by this in adoration, and adoration increases our desire to know God — “And this is eternal life: that they know Thee, the only true God . . .” –and to contemplate Him, that is, to live by His life.