Skip to content
HomeLent 2007The Sin That Voids Every Virtue 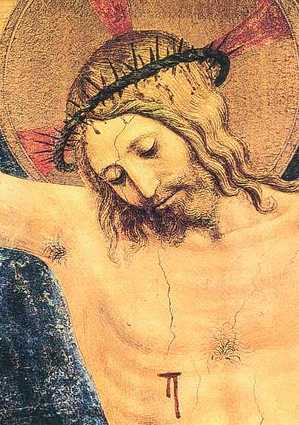 Friday of the First Week of Lent
Ezekiel 18:21-28
Psalm 129:1-2, 3-4, 5-7a, 7bc-8
Matthew 5:20-26
Anger
Today Our Lord addresses the sin of anger. “I say to you that every one who is angry with his brother shall be liable to judgment” (Mt 5:22). The law of the Gospel is more exacting by far than the law of old which said, “Whoever kills shall be liable to judgment” (Mt 5:21). Jesus uncovers the root of the killer’s sin: anger. Anger goes by any number of names: among them are resentment, rage, exasperation, bile, spleen, belligerence, and wrath.
Unidentified and Unconfessed
The sin of anger often goes unidentified and unconfessed because it lies below the surface like a great fault-line or like the seething entrails of a volcano. We delude ourselves into thinking that we have no sin because the sin has not surfaced. “I haven’t thrown a pot, a pan, a book, or a brick. I haven’t kicked, or shoved anyone. I haven’t let go with any hugely inappropriate words or slammed any doors.”
An Invisible Killer
Reasoning thus, we conclude that the sin of anger has no hold over us. Jesus would have us understand, however, that the anger locked up inside us is in every way as poisonous as the anger we let out. One must not think that because one has kept a lid on the boiling cauldron of one’s anger, one is without sin. Hidden anger, or the anger we think we succeed in keeping hidden, is as sinful as the anger that comes out in harsh words and hurtful actions. Hidden anger is an invisible killer. That is why, for Our Lord, the angry man falls under the same judgment as the murderer.
Anger Voids Every Virtue
The sin of anger voids every virtue in the sight of God. It is an ugly splotch spoiling even our good deeds. Abba Agathon says that, “a man who is angry, even if he were to raise the dead, is not acceptable to God.” The struggle against the sin of anger is long and hard. Abba Ammonas said, “I have spent fourteen years in Scetis asking God night and day to grant me the victory over anger.”

Holding On and Letting Go
Our capacity for holding on to anger is astonishing. People in their fifties, sixties, seventies, and eighties sometimes go around still angry over things that happened twenty, thirty, forty, and fifty years ago. Angry over circumstances: “I missed out on so much. I never really had a chance. I was overlooked.” Angry with one’s family: “If only Dad had said this or done that. If only Mom hadn’t been that way. If only, if only. . . . Angry with one’s superiors: “She never really understood me. He never had time for me. She misjudged me. He hurt me when he said that. She ruined my life.”
It Makes One Sick
Holding on to anger is bad for one’s physical, mental, and spiritual health. Anger can literally make one sick. Pent-up anger mutates into depression. Anger sucks the spiritual energy out of the soul, making it difficult or impossible to pray.
Hidden Anger
Some people think that if they keep their anger stored in boxes in the attic or hidden in the closets or basement of their house, life will go on as usual in the kitchen, bedroom, dining room –or refectory, choir, and community room — and elsewhere. They are wrong. Anger stored in the attic or hidden away in the basement poisons the whole house. It is like lead paint or asbestos. It is like an invisible odorless toxic gas causing headaches, stomach aches, and heartaches. Living in a house with anger in the attic, anger in the closets, and anger in the basement, changes one’s face. A mask of resentment distorts one’s features. There is a hardening of the countenance. Anger is hard to hide.
Forgiveness
Our Lord teaches us that one thing alone is victorious over anger and that one thing is forgiveness. Therapy is helpful insofar as it allows one to identify pent-up anger, but only forgiveness can bring healing and lasting change. If anger has become a habit, a pattern of sin, it can be driven out only by another habit, that of forgiveness. If you would be able to forgive in great things, forgive in little things, forgive in every little thing. Forgive, not only after every offense, real or imagined, but forgive in advance, forgive ahead of time. And to be able to forgive, go humbly to the mysteries of Our Lord’s Body and Blood.
The Eucharistic Antidote
He who taught forgiveness from the cross at the hour of His bitter sufferings and death, infuses us with the spirit of forgiveness in every Holy Mass provided, of course, that we approach the altar, having shaken off the anger that clings to us and holding no anger in reserve. He who approaches the Body and Blood of Christ in state of anger makes a mockery of the mystery of the Cross. We may not be able to free ourselves from every trace of the secret anger hidden deep inside; we can, at least, approach the altar, hating anger as we should hate all sin, and begging God to take it from us. “A pure heart create for me, O God” (Ps 50:12).