Skip to content
HomeMost Holy Sacrament of the AltarSacramentum Caritatis: The Friendship of Christ 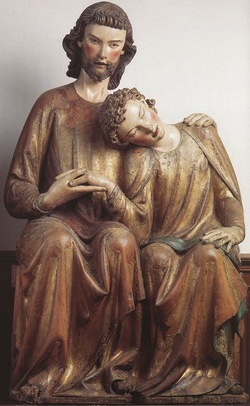 Reflections on Sacramentum Caritatis
With the approach of Maundy Thursday — the solemn commemoration of the institution of the Most Holy Eucharist and of the Priesthood — I feel compelled to return to the Pope Benedict XVI’s Apostolic Exhortation Sacramentum Caritatis in search of whatever may be helpful to me personally, and to other priests desirous of growing in the friendship of Christ.
The Priest, Friend of the Bridegroom
The theme that emerges straightaway is that of the friendship of Christ. Before all else, the priest — every priest — is The Friend of Christ or, as Saint John the Baptist puts it, “the friend of the Bridegroom” (Jn 3:29).
Amazed By the Sacrament of Charity
“1. The sacrament of charity, the Holy Eucharist is the gift that Jesus Christ makes of Himself, thus revealing to us God’s infinite love for every man and woman. This wondrous sacrament makes manifest that “greater” love which led Him to “lay down His life for his friends” (Jn 15:13). Jesus did indeed love them “to the end” (Jn 13:1). In those words the Evangelist introduces Christ’s act of immense humility: before dying for us on the Cross, He tied a towel around himself and washed the feet of His disciples. In the same way, Jesus continues, in the sacrament of the Eucharist, to love us “to the end,” even to offering us his body and his blood. What amazement must the Apostles have felt in witnessing what the Lord did and said during that Supper! What wonder must the eucharistic mystery also awaken in our own hearts!”

The Food of Divine Friendship
The Eucharist, the sacrament of charity, is the mystery of Christ’s abiding and faithful friendship freely offered to all men and, in a particular way, to the priests He has called and chosen for Himself. The Eucharist is the food of friendship with Christ. I recall the conclusion of the Holy Father’s homily in Saint Peter’s Square on April 24, 2005:
“If we let Christ into our lives, we lose nothing, nothing, absolutely nothing of what makes life free, beautiful and great. No! Only in this friendship are the doors of life opened wide. Only in this friendship is the great potential of human existence truly revealed. Only in this friendship do we experience beauty and liberation.”
Monsignor Robert Hugh Benson
When on that April morning two years ago I heard the Holy Father speak of the friendship of Christ, I thought immediately of Robert Hugh Benson’s marvelous little book, The Friendship of Christ. In Sacramentum Caritatis Pope Benedict XVI reconnects with Benson’s presentation of the Eucharist as the sacrament of the friendship of Christ. Read Monsignor Benson: 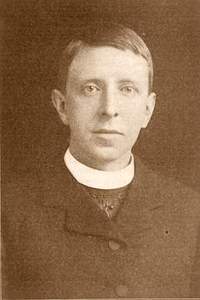