Skip to content
HomeHoly Week 2019The hard and rugged paths by which we walk towards God (LVIII:6) 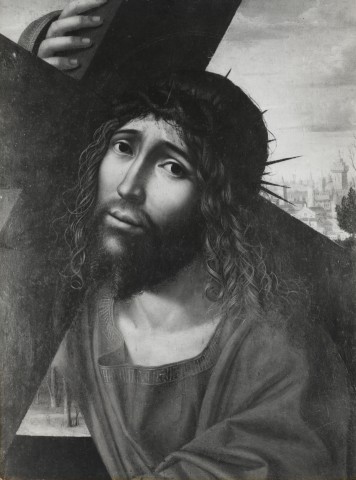 CHAPTER LVIII. Of the Discipline of receiving Brethren into Religion
11 Apr. 11 Aug. 11 Dec.
Let all the hard and rugged paths by which we walk towards God be set before him. And if he promise steadfastly to persevere, after the lapse of two months let this Rule be read through to him, with these words: “Behold the law, under which thou desirest to fight. If thou canst observe it, enter in; if thou canst not, freely depart.” If he still stand firm, let him be taken back to the aforesaid cell of the Novices, and again tried with all patience. And, after a space of six months, let the Rule be again read to him, that he may know unto what he cometh. Should he still persevere, after four months let the same Rule be read to him once more. And if, having well considered within himself, he promise to keep it in all things, and to observe everything that is commanded him, then let him be received into the community, knowing that he is now bound by the law of the Rule, so that from that day forward he cannot depart from the Monastery, nor shake from off his neck the yoke of the Rule, which after such prolonged deliberation he was free either to refuse or to accept.

The hard and rugged paths by which we make our way towards God, omnia dura et aspera per quae itur ad Deum, correspond to the monk’s via crucis, which is, as I have said before, set before us in Chapters V, VI, and VII of the Holy Rule, on obedience, silence, and humility. These Chapters culminate in the 12th degree of humility of Chapter VII. There we find ourselves on Calvary, standing at the foot of the Cross with Mary, the Mother of Jesus; with John, the disciple whom He loved; with Mary Magdalene and with the other holy women. There we behold Jesus bowing his head in the supreme act of His priesthood, in the final act of His immolation as the sacrificial victim: “Jesus therefore, when he had taken the vinegar, said: It is consummated. And bowing his head, yielded up his spirit” (John 19:30).

We, sons of Saint Benedict, find in the Holy Rule the form of our participation in the sacrifice of the Cross. This is why Saint Benedict, who died as he lived — facing God, in the priestly gesture of offering, standing before the altar — so insists on the reading of the Holy Rule three times in the course of man’s noviciate. No one who has heard the reading of the Holy Rule three times during his first twelve months in the monastery can plead ignorance of the dura et aspera, the hard and cutting things, that lie before him.

Saint Benedict says that the novice is to be tried with all patience. Probetur in omni patientia. This means that the probation of the novice is not to be ended and the novice sent away simply because he struggles, or fails, or falls, or suffers temptation. None of these things are sufficient for the dismissal of a novice. Do we not read at the ceremony of vestition the admonition of Sirach?

Son, when thou comest to the service of God, stand in justice and in fear, and prepare thy soul for temptation. Humble thy heart, and endure: incline thy ear, and receive the words of understanding: and make not haste in the time of clouds. Wait on God with patience: join thyself to God, and endure, that thy life may be increased in the latter end. Take all that shall be brought upon thee: and in thy sorrow endure, and in thy humiliation keep patience. For gold and silver are tried in the fire, but acceptable men in the furnace of humiliation. (Sirach 2:1–5)

Saint Benedict would have a novice “know unto what he cometh.” To what does a novice come? He comes to the Cross of Jesus, the Suffering Servant; he comes to Christ obedient unto death, silent, and utterly humbled in the mysteries of His bitter Passion and in the mystery of the Most Holy Eucharist. Nothing of what Christ suffered in His Passion has passed away; all remains actual: present to His Father, and fruitful for us. The Most Holy Eucharist is the sacrament of the Christus Passus. The novice who partakes of the Body of the Lord, the novice who adores the Sacred Host, becomes what he receives and contemplates.

A faithful saying: for if we be dead with him, we shall live also with him. If we suffer, we shall also reign with him. If we deny him, he will also deny us. If we believe not, he continueth faithful, he can not deny himself. (2 Timothy 2:11–13)