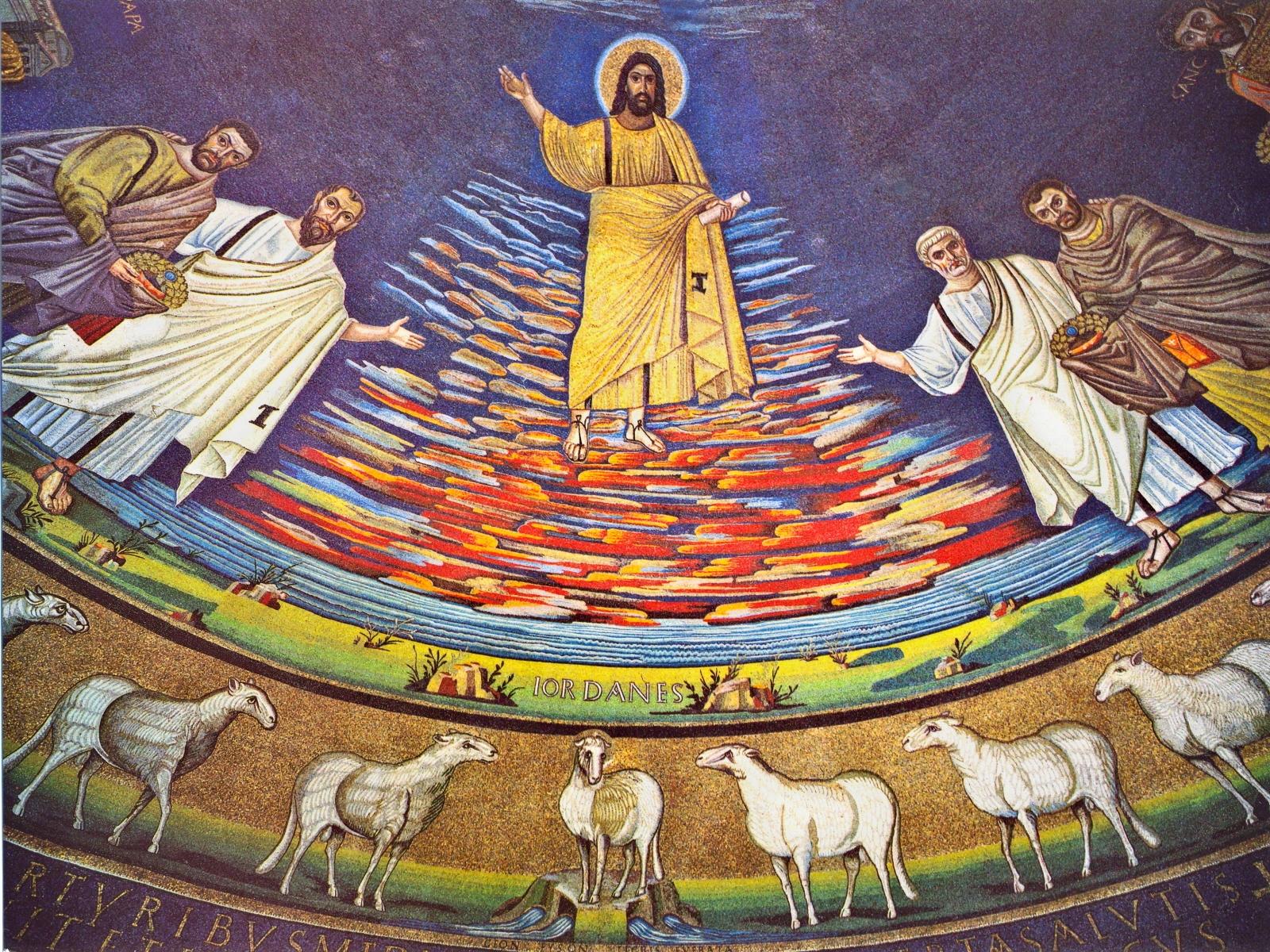 Salus
This, then, is some of the background of today’s Holy Mass. It becomes clear that the Introit was chosen in reference to the healing gifts of the Holy Physicians Cosmas and Damian. The first word of the Introit is salus, that is, health.

I AM
The initial letters of the first four Latin words of today’s Introit—Salus Populi Ego Sum— are an acrostric forming SPES, the Latin word for hope. The Holy Sacrifice opens today on a note of hope. To understand this rightly, however, we must know who is speaking. The antiphon of the Introit is not drawn from any one passage of Sacred Scripture. Blessed Schuster said that it could be found in the Itala (4th century) version of the New Testament, but I have not been able to verify his reference. It is more significant that we understand the text in line with the other great Ego sum sayings of Our Lord:

Christ the Divine Physician
The Introit must be understood in context. Traditionally, it is the great chant that accompanies the crossing of the threshold of the temple and the approach of the altar. Today, it is not we who raise a cry heavenward to the Lord of Glory; it is, rather, the Lord of Glory, the Divine Physician, who greets us on the threshold of the temple of His glorious Physician Martyrs with a resounding message of hope:

The psalm verse chosen to accompany the antiphon also merits close attention. It is taken from Psalm 77, the long account of God’s faithfulness, and of His providence, and of the disobedience and ingratitude of His people.

Christ, the Divine Physician, invites us to incline our ears to the words of His mouth. And what does He say?

Salus Populi Ego Sum. Spes. Hope. Our Lord would have us understand that today no one is sent away hopeless, that there is a remedy for every ill, an antidote for every poison, and grace for every infirmity. In the hands of the Divine Physician, and nourished by the healing remedies of His adorable Body and Blood, who among us can remain without hope?