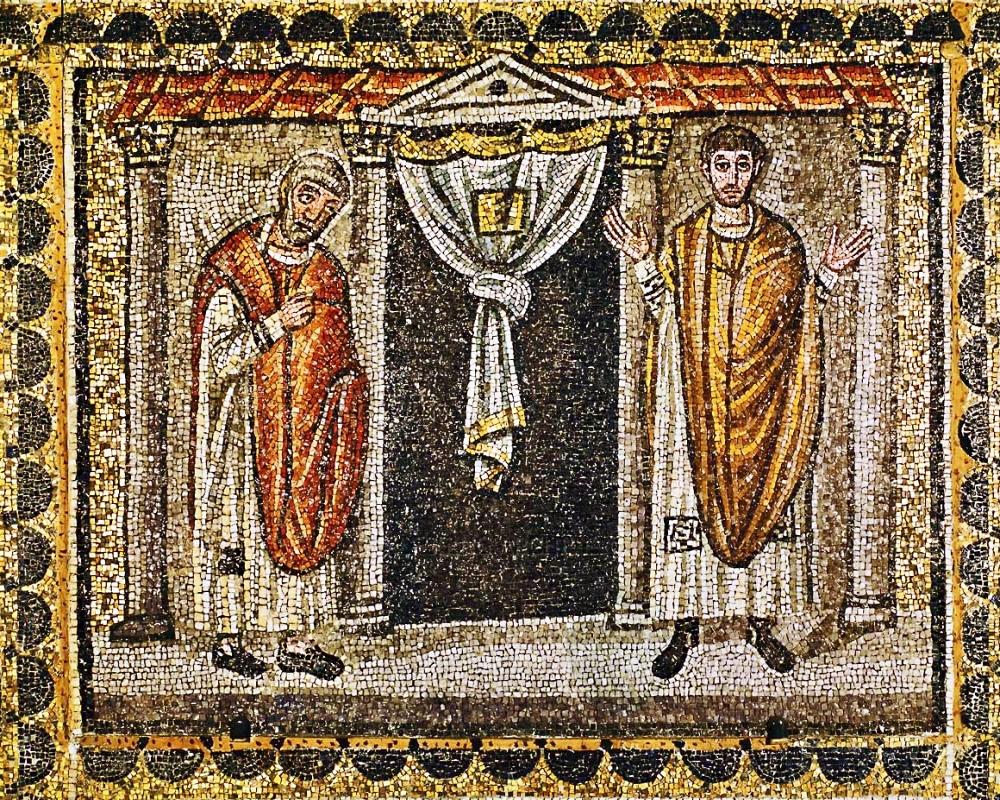 CHAPTER XXXIV. Whether All Ought Alike to Receive What is Needful
12 Mar. 12 July. 11 Nov.
As it is written: “Distribution was made to every man, according as he had need.” Herein we do not say that there should be respecting of persons – God forbid – but consideration for infirmities. Let him, therefore, that hath need of less give thanks to God, and not be grieved; and let him who requireth more be humbled for his infirmity, and not made proud by the kindness shewn to him: and so all the members of the family shall be at peace. Above all, let not the evil of murmuring shew itself by the slightest word or sign on any account whatsoever. If anyone be found guilty herein, let him be subjected to severe punishment.

Just as in a family, no two children are alike, so too in a monastery, no two monks are alike. Saint Benedict would have his monks be treated as individuals. In Benedictine life there is no stultifying regimentation, no attempt to squeeze every man into the same mould, no requirement that all be satisfied with the same things, in the same quantity, at the same time. There is a story from the Sayings of the Desert Fathers that throws light on Saint Benedict’s discretion:

A hunter in the desert saw Abba Anthony enjoying himself with the brethren and he was shocked. Wanting to show him that it was necessary sometimes to meet the needs of the brethren, the old man said to him, ‘Put an arrow in your bow and shoot it.’ So he did. The old man then said, ‘Shoot another,’ and he did so. Then the old man said, ‘Shoot yet again,’ and the hunter replied ‘If I bend my bow so much I will break it.’ Then the old man said to him, ‘It is the same with the work of God. If we stretch the brethren beyond measure they will soon break. Sometimes it is necessary to come down to meet their needs.’ When he heard these words the hunter was pierced by compunction and, greatly edified by the old man, he went away. As for the brethren, they went home strengthened.

Saint Benedict makes consideration for infirmities a grand principle of the Rule. Infirmities constitute a claim on the charity and forbearance of the Abbot and the brethren, and on the all-sufficient grace of Our Lord Jesus Christ. In this, Saint Benedict resonates with what the Apostle writes:

There was given me a sting of my flesh, an angel of Satan, to buffet me. For which thing thrice I besought the Lord, that it might depart from me. And he said to me: My grace is sufficient for thee; for power is made perfect in infirmity. Gladly therefore will I glory in my infirmities, that the power of Christ may dwell in me. For which cause I please myself in my infirmities, in reproaches, in necessities, in persecutions, in distresses, for Christ. For when I am weak, then am I powerful. (2 Corinthians 12:7-10)

There is another story from The Sayings of the Desert Fathers that illustrates the wisdom of Saint Benedict in this chapter:

It was said of Abba Arsenius that once when he was ill at Scetis, the priest came to take him to church and put him on a bed with a small pillow under his head. Now behold an old man who was coming to see him, saw him lying on a bed with a little pillow under his head and he was shocked and said, ‘Is this really Abba Arsenius, this man lying down like this?’ Then the priest took him aside and said to him, ‘In the village where you lived, what was your trade?’ ‘I was a shepherd,’ he replied. ‘And how did you live?’ ‘I had a very hard life.’ Then the priest said, ‘And how do you live in your cell now?’ The other replied, ‘I am more comfortable.’ Then he said to him, ‘Do you see this Abba Arsenius? When he was in the world he was the father of the emperor, surrounded by thousands of slaves with golden girdles, all wearing collars of gold and garments of silk. Beneath him were spread rich coverings. While you were in the world as a shepherd you did not enjoy even the comforts you now have but he no longer enjoys the delicate life he led in the world. So you are comforted while he is afflicted.’ At these words the old man was filled with compunction and prostrated himself saying, ‘Father, forgive me, for I have sinned. Truly the way this man follows is the way of truth, for it leads to humility, while mine leads to comfort.’ So the old man withdrew, edified.

The monk who can get on with less—less food, drink, sleep, comfort, or time to do things—must not become self-sufficient and inflated with pride. Such a monk can easily go before God and pray rather like this:

I thank Thee, O Lord, that I am not like so many other monks who need more rest, little snacks during the day, extra clothes, and many other concessions to human weakness. I am at every choir Office, I fast more than anyone else, I keep a stricter silence, I go without many conveniences, and I show everyone else how this life ought to be lived. Amen.

God will say to him, “Very well, my perfect little monk, you have no need of mercy, no flaws, no chinks in your armour. You need neither physician, nor shepherd, nor teacher. I shall pass you by and go to some little imperfect soul who needs me more than you do”.

The strong monk, the monk for whom the observance comes easily must take care lest God show him a severe mercy by allowing him to fall, or by sending him a debilitating illness, or by reducing him to a state of utter dependence. The strong monk must become twice as humble as his weaker brethren, and never stop thanking the God and Father of Our Lord Jesus Christ who provides him so generously with health, or energy, or physical strength, or intellectual acumen, or with any other gift. The strong are to make themselves very little souls.

The monk who needs more of anything—more food, drink, rest, affection, quiet, conversation, affirmation, work, or time to do things—must, also, be very humble, and recognize that he is the object of a special solicitude on the part of God. Thus, will he be, always and everywhere, grateful. The weak monk will learn to pray:

O God, be merciful to me a sinner. I am a study in infirmity. I have more vices and weaknesses than anyone else in the monastery. I always require more than others. I thank Thee that I cannot get through a day, no not even through an hour, without falling, or failing at something, or otherwise urgently needing Thy assistance. If I can do nothing else, let me at least be an example of what your grace can do in weakness and your mercy in misery. I need Thee more than all the others because I am, of all the community, the weakest, the poorest, the most in need of being carried. For all of this, I thank Thee, because if I were stronger, I would begin to think myself capable of something. I prefer to know, at every moment, that without Thee I can do nothing. Amen.

Humility, then, and gratitude; thus does Saint Benedict say, “and so all the members of the family shall be at peace.” A monastery where the strong are humble and the weak grateful will be the abode of charity. There will be unity among the brethren, reverence for one another, and a great interior freedom of spirit.

The one thing that will trouble a peaceful cloister is murmuring. Murmuring is toxic. It poisons the minds both of those who indulge in it and those who listen to it. Murmuring is not only verbal. One can complain, tear down, diminish, and sow the seeds of discouragement, suspicion, and disobedience not only by words, but also by attitudes and non-verbal inferences. The murmurer is a troubler of the pax benedictina. “God,” says Saint Paul, “is not the God of dissension, but of peace: as also I teach in all the churches of the saints” (1 Corinthians 14:33)