Skip to content
HomeDivine OfficeIn what order the Psalms are to be said (XVIII:1) 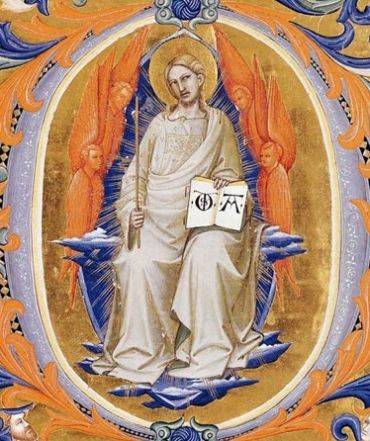 CHAPTER XVIII. In what order the Psalms are to be said
21 Feb. 22 June. 22 Oct.
First of all let this verse be said: “O God, come to my assistance; O Lord, make haste to help me,” and the Gloria, followed by the hymn proper to each Hour. At Prime on Sunday four parts of the hundred and eighteenth Psalm are to be said. At the other Hours, that is, Tierce, Sext and None, let three parts of the same Psalm be said. At Prime on Monday let three Psalms be said, namely, the first, second and sixth and so in the same way every day until Sunday let three Psalms be said at Prime in order, up to the nineteenth; the ninth and seventeenth, however, being divided into two Glorias. It will thus come about that at the Night-Office on Sunday we shall always begin with the twentieth Psalm.

Saint Benedict treats today of the great Psalm 118 with its 176 verses divided into 22 sections of 8 verses each. The privileged place of Psalm 118 in Saint Benedict’s distribution of the psalms merits consideration. You will recall that in the ancient Roman Office, in vigour until the reform of Pope Pius X in 1911, Psalm 118 was recited in full every day. In medieval Rome, Psalm 118 accompanied the solemn Good Friday procession with the wood of the Cross that made its way from the Lateran to the Basilica of the Holy–Cross–in–Jerusalem. This liturgical practice suggests that the very psalm that begins with the words Beati immaculati in via (Blessed are the undefiled in the way) accompanies us along the via crucis (the way of the cross) by which, as Saint Benedict says in the Prologue, we follow the Lord Christ, our true king, ad gloriam (to glory).

With his characteristic discretion, Saint Benedict reserves Psalm 118 (Beati immaculati) to Sunday, the Day of the Lord, the day par excellence of lectio divina, assigning the overflow of verses to Monday. Psalm 118 is a long, rapturous litany in praise of the Law. It was by means of the Law that God made known His Heart—the splendour of His truth, the glory of His beauty, the immensity of His goodness—to Israel. It is as if the psalmist finds himself at a loss for words to describe the munificent self-revelation of God to Israel. With the mystical accents of a lover, the psalmist sings of the word of the Lord, of His precepts, His commandments, His ordinances, His statutes, His laws, His will, His righteousness, His justice, His mercy, and His utterances. Having exhausted all that he can say, he fails even to begin to approach the splendour of what God has revealed to Israel!

The rabbis of old referred to the Torah, the Law, as “the way, the truth, and the life”. When the Our Lord applied these three words to Himself, saying, “I am the way, and the truth, and the life. No man cometh to the Father, but by me” (John 14:6), He was, in effect, revealing Himself as the true Torah, the fulfillment of the Law and of the Prophets. For us, Psalm 118 becomes a litany of love addressed to the Word, a long contemplation of the Face of Christ, a confession of His holiness, His beauty, His goodness, and His mercy. Blessed Paul Giustiniani writes somewhere of the Body of Jesus as the New Torah Scroll written in blood; rolled open and fixed with nails to the wood of the Cross, the five wounds of Jesus are the new pentateuch in which the love of the Father is revealed. “For the law was given by Moses; grace and truth came by Jesus Christ.” (John 1:17). There is a fresh spiritual joy in the weekly return of Psalm 118. It is an integral part of the Day of the Lord, spilling over into the feria secunda, the second day of the week. Of all the psalms, it is the one that I can pray most directly to Christ, offering Him verse after verse in adoration and in love.

Saint Benedict begins the weekly psalter with Psalm 1 on Monday at Prime; he assigns the Gradual Psalms or Psalms of Ascent to the Little Hours of Tuesday through Saturday. Thus do we pass from the psalm that begins, “Blessed are the undefiled in the way, who walk in the law of the Lord” (Psalm 118:1) to walking all the way to the heavenly Jerusalem. “I rejoiced at the things that were said to me: We shall go into the house of the Lord” (Psalm 121:1).