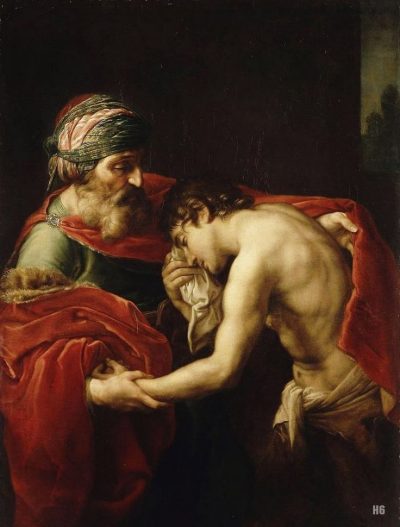 CHAPTER XLVI. Of those who offend in any other matters
26 Mar. 26 July. 25 Nov.
If any one, while at work in the kitchen or the cellar, in serving the brethren, in the bakehouse or the garden, or at any other occupation or in any place whatever, commit any fault, or break or lose anything, or transgress in any other way, and do not come immediately before the Abbot and community, and of himself confess and make satisfaction for his fault; if it is made known by another, he shall be subjected to more severe correction. If, however, the guilt of his offence be hidden in his own soul, let him manifest it to the Abbot only, or to his spiritual seniors, who know how to heal their own wounds, and will not disclose or publish those of others.

I cannot read Chapter XLVI without remembering, at the same time, the first half of Psalm 31, the psalm of confession, repentance, and absolution:

Blessed are they who have their faults forgiven,
their transgressions buried deep;
blessed is the man who is not guilty in the Lord’s reckoning,
the heart that hides no treason.
While I kept my own secret, evermore I went sighing,
so wasted my frame away,
bowed down day and night by thy chastisement;
still my strength ebbed, faint as in mid-summer heat.
At last I made my transgression known to thee,
and hid my sin no longer; |
Fault of mine, said I, I here confess to the Lord;
and with that, thou didst remit the guilt of my sin.
Let every devout soul, then, turn to thee in prayer
when hard times befall;
rise the floods never so high,
they shall have no power to reach it. (Psalm 30:1–6)

Saint Benedict enjoins his monks to confess their faults without delay to the abbot and brethren. This prompt confession of faults is not only an act of humility; it is also essential to the spiritual hygiene of the monastery. The brother who lives alone with the knowledge of his faults becomes stooped under their weight. He grows weary with holding on his secret burden. And, then, over time he becomes disenchanted, cynical, and contemptuous of others. The brother who confesses his faults immediately purifies the atmosphere of the whole community. The effect is that of a cleansing shower followed by the appearance of the sun from behind the clouds: all things appear again in their true colours, as if washed and bathed in light. Our friends in AA tell us that a man is as sick as his secrets. The faults that we seek to dissimulate, out of shame, or pride, or fear begin to decompose and give off a stench that makes the very air of the cloister unhealthy; the faults that we confess open the cloister to a fresh, purifying breeze and fill it with the fragrance of humility.

Brothers may be tempted to find that the time spent each day in confessing faults becomes tedious and unduly prolongs the morning chapter when there are so many other things to be done. While it is true that we must accuse ourselves succinctly, and avoid unnecessary forewords and epilogues to the actual confession, it is also true that each time a brother accuses himself in chapter, or anywhere else, he contributes to the spiritual hygiene of the whole community and, by his humility, draws down graces upon all of us. To see one’s own sins is greater than to see visions of angels:

An elder was asked: “How do some people say: ‘We see visions of angels?'” He replied: “Blessed is he who sees his own sins all the time.”

Saint Benedict recognises that there are secret sins, the guilt of which remains hidden, as it were, in the soul. These sins also must be confessed, but not in the presence of all. “Let him manifest it to the abbot only, or to his spiritual seniors, who know how to heal their own wounds, and will not disclose or publish those of others”. One ought never put off confessing such secret sins, for when one tries to hide them, they spread their infection, leaving a man open to acedia and despair. The confession of such sins is like pulling back the curtains and throwing open a window; the soul is swept clean by the purifying breeze of the Holy Ghost and made fragrant by an infusion of grace. 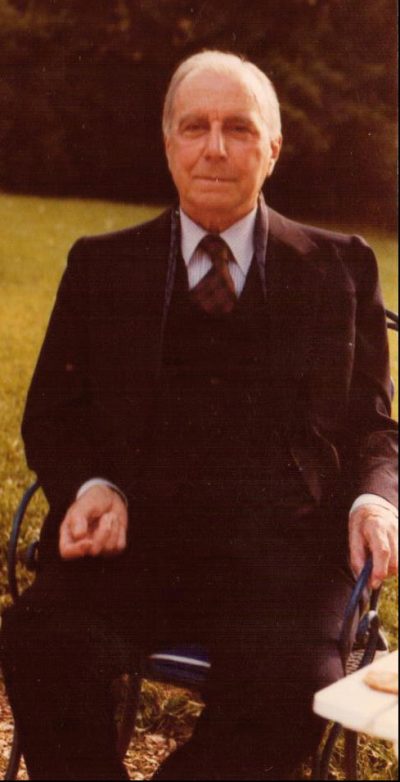 sacramental grace, while leaving the remnants of sin to be purified in the humility of the daily struggle.

God heals the whole man perfectly; but sometimes suddenly, as Peter’s mother-in-law was restored at once to perfect health, so that “rising she ministered to them” (Luke 4:39), and sometimes by degrees, as we said above (III:44:3 ad 2) about the blind man who was restored to sight (Matthew 8). And so too, He sometimes turns the heart of man with such power, that it receives at once perfect spiritual health, not only the guilt being pardoned, but all remnants of sin being removed as was the case with Magdalen (Luke 7); whereas at other times He sometimes first pardons the guilt by operating grace, and afterwards, by co-operating grace, removes the remnants of sin by degrees.(Summa Theologiae, Third Part, Question 86)

It is true that the remnants of sin can so weaken a man that he is exposed to temptation and even to falls. Such falls are most often venial sins; mishaps along the road. Old Père Finet of the Foyers de Charité used to make a distinction between falling while going up the stairs and falling while going down. On April 24, 1939, Julian Green, being thirty–nine years of age, and after living for years in a state of habitual sin, accepted the counsel of Raïssa Maritain, and went to see a Dominican of Polish origin, Father Alex Rzewuski.  After a long conversation, Green opened up to the Dominican and told him everything. Father Rzewuski simply pointed to a prie–dieu and said, “Put yourself there; I am going to give you absolution.” When all was done, the wise Dominican added, “There will undoubtedly be other falls; don’t make a tragedy out of them, but pray.” Julian Green thus received the grace of a second conversion; it was to last to the end of his very long life. He died at the age of ninety–eight on August 13, 1998. God purified Julian Green by degrees, by a very long deployment of co–operating grace.