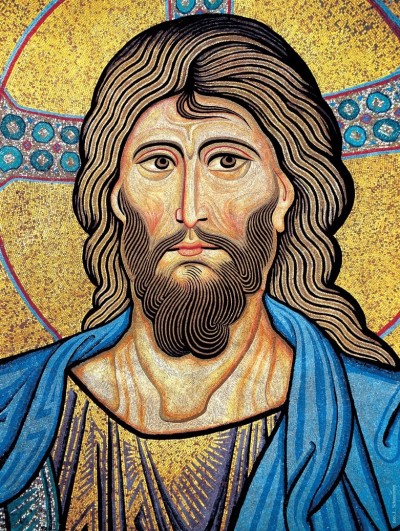 And if we wish to dwell in the tabernacle of His kingdom, we shall by no means reach it unless we run thither by our good deeds. But let us ask the Lord with the Prophet, saying to Him: “Lord, who shall dwell in Thy tabernacle, or who shall rest upon Thy holy hill?” After this question, brethren, let us hear the Lord answering, and shewing to us the way to His tabernacle, and saying: “He that walketh without stain and worketh justice: he that speaketh truth in his heart, that hath not done guile with his tongue: he that hath done no evil to his neighbour, and hath not taken up a reproach against his neighbour”: he that hath brought the malignant evil one to naught, casting him out of his heart with all his suggestions, and hath taken his bad thoughts, while they were yet young, and dashed them down upon the (Rock) Christ. These are they, who fearing the Lord, are not puffed up with their own good works, but knowing that the good which is in them cometh not from themselves but from the Lord, magnify the Lord Who worketh in them, saying with the Prophet: “Not unto us, O Lord, not unto us, but unto Thy Name give the glory.” So the Apostle Paul imputed nothing of his preaching to himself, but said: “By the grace of God I am what I am.” And again he saith:  “He that glorieth, let him glory in the Lord.”

Unless We Run Thither
For Saint Benedict, it is not enough that a monk should walk in the way of holiness; he would have his monks run, drawn on, as he will say in Chapter XLIX, by “the joy of spiritual longing”.

Holy desires ignite holy deeds. A monk’s measures his progress not so much by the frequency and intensity of his desires as by the slow, patient, repetition of what Saint Benedict calls “good deeds”. These “good deeds” are not spectacular feats of ascetical prowess; they are the concrete actions that fit into the homely round of ordinary daily life . “Thy Father who seeth in secret, will repay thee” (Matthew 6:18). Blessed Cardinal Newman writes:

It is easy to have vague ideas what perfection is, which serve well enough to talk about, when we do not intend to aim at it; but as soon as a person really desires and sets about seeking it himself, he is dissatisfied with anything but what is tangible and clear, and constitutes some sort of direction towards the practice of it. (Newman, Meditations and Devotions, p. 285)

“Lord, who shall dwell in Thy tabernacle, or who shall rest upon Thy holy hill?” (Psalm 14:1). After this question, brethren, let us hear the Lord answering, and shewing to us the way to His tabernacle, and saying: “He that walketh without stain and worketh justice: he that speaketh truth in his heart, that hath not done guile with his tongue: he that hath done no evil to his neighbour, and hath not taken up a reproach against his neighbour” (Psalm 14:2–3).

The Royal Tent
The deepest yearning of every soul is to make its abode with God. “Lord, who shall dwell in Thy tabernacle, or who shall rest upon Thy holy hill?” (Psalm 14:1). Tabernacle is but another word for tent. The psalmist is speaking here not of any ordinary tent but of the royal tent into which none but the king’s most intimate friends are admitted. The king opens the intimacy of his tent to those who keep his commandments. Thus, does the meaning of Psalm 14 become clear in the light of Our Lord’s own words:

The man whose heart is set upon entering the tabernacle of the king will suffer the attacks of his enemies. Saint Benedict, (inspired by Psalm 136:9), enjoins his monk to nullify the attacks of the Evil One by identifying bad thoughts before they are fully developed and by dashing them upon the Rock that is Christ.

Both to Will and to Accomplish
Throughout the Holy Rule, Saint Benedict affirms, again and again, that, of ourselves and by ourselves, we are radically incapable of doing any good thing, following the word of Our Lord, “Without me you can do nothing” (John 15:5), and the teaching of the Apostle: “It is God who worketh in you, both to will and to accomplish, according to his good will” (Philippians 2:13). By the same token, Saint Benedict, imbued with the doctrine of Saint Paul, expresses a boundless confidence in the power of the grace of Christ in all the circumstances of life:

I have learned, in whatsoever state I am, to be content therewith. I know both how to be brought low, and I know how to abound: (everywhere, and in all things I am instructed) both to be full, and to be hungry; both to abound, and to suffer need. I can do all these things in him who strengtheneth me. (Philippians 4:11–13)