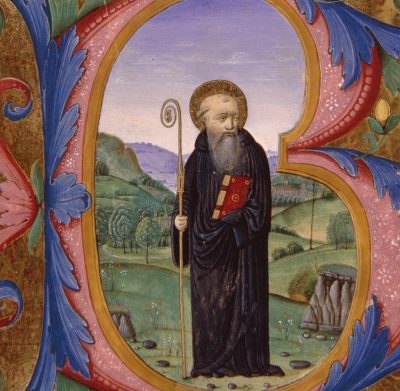 22 Dec.
Let him keep his own frailty ever before his eyes, and remember that the bruised reed must not be broken. And by this we do not mean that he should suffer vices to grow up; but that prudently and with charity he should cut them off, in the way he shall see best for each, as we have already said; and let him study rather to be loved than feared. Let him not be violent nor over anxious, not exacting nor obstinate, not jealous nor prone to suspicion, or else he will never be at rest. In all his commands, whether concerning spiritual or temporal matters, let him be prudent and considerate. In the works which he imposeth, let him be discreet and moderate, bearing in mind the discretion of holy Jacob, when he said “If I cause my flocks to be overdriven, they will all perish in one day.” Taking, then, the testimonies, borne by these and the like words, to discretion, the mother of virtues, let him so temper all things, that the strong may have something to strive after, and the weak nothing at which to take alarm. And, especially, let him observe this present Rule in all things; so that, having faithfully fulfilled his stewardship, he may hear from the Lord what that good servant heard, who gave wheat to his fellow-servants in due season: “Amen, I say unto you, over all his goods shall he place him.”

The abbot, says Saint Benedict, is “to keep his own frailty ever before his eyes — suamque fragilitatem semper suspectus sit — and remember that the bruised reed must not be broken”. Divine Providence furnishes the abbot with enough experiences of frailty and infirmity to keep the abbot, if he is abandoned to the conduct of Divine Providence, little, humble, and poor, and with enough strength and health to shepherd 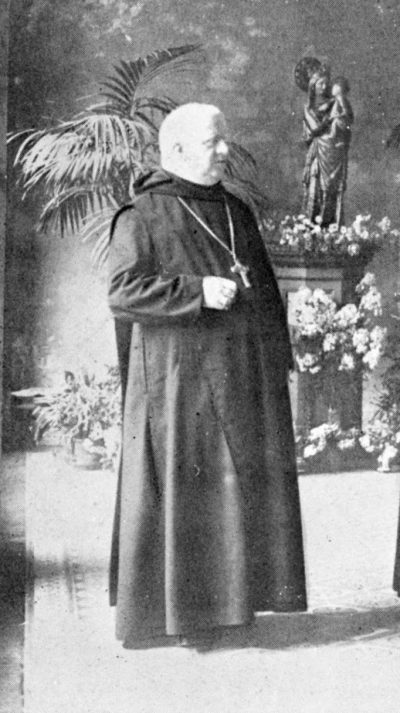 his sons, teach them, and  represent them before the altar. Blessed Abbot Marmion exercised a prodigious care of souls both within and without his abbey; not unlike Saint Bernard, he was involved in many of the movements and issues of his day. He poured himself out in preaching and correspondence. He was, nonetheless, a man tested at every turn by events (most notably by the devastation and trials of the Great War), by his physical limitations, illness, fatigue, bouts of depression, and by certain criticisms coming from within his own community. All of these trials and diminishments allowed him, as Saint Benedict enjoins, “to keep his own frailty ever before his eyes”. There is something autobiographical in what Blessed Columba writes in Chapter XVI, “On the Spirit of Abandonment to God’s Will”, in Christ the Ideal of the Monk.

The soul that leads itself by its own sense of what is fitting, easily thinks that all it does must be right, and is very astonished that others do not think the same. This soul builds up its own plan, but what would happen if all succeeded according to its views and desires? It would grow so full of self that it would become insupportable to God and the neighbour. When God sees a soul, He sees its good will, but also its miseries. He allows this soul to be tempted. What is the result of this Divine treatment? It is that self-love begins to die in the soul in order to give place to the love of God.

We may speak in analogous terms of sufferings or of success in our work. Certainly we must do everything as perfectly as possible, for the glory of God and, for our part, neglect nothing in order to do so; but we must not wish for success for the sake of success: this is often to meet with a stumbling block A soul left to itself wishes to succeed, but God permits that it does not succeed, so that the soul may say to God: “Take me and guide me”. Then God replies: “Very well, now that you know how weak and powerless you are, I will lead you”. And the more this soul gives itself, the more God acts and blesses its works, doubtless not always according to human foresight, but according to the good of this soul and the interests of His glory. The influence of such a soul in the supernatural world is immeasurable, because its action participates in some way in the very infinity of God s action.

God acts towards us as we act towards Him; God, as it were, measures His Providence according to our attitude in relation to Him: and the more we give ourselves to Him, the more we look upon Him as our Father, as the Spouse of our souls, the more His Providence enters into the least details and circumstances of our life.

At the risk of sating you with quotations from the same chapter, I cannot resist another passage, which is, I think, even more patently autobiographical than the preceding one:

We ought to accustom ourselves to tell everything to Our Lord, to entrust to Him all that concerns us. “Commit thy way to the Lord”, that is, reveal to Him thy thoughts, thy cares, thy anguish, and He Himself will guide thee: Revela Domino viam tuam, et spera in eo, et ipse faciet (Ps 36:5). How do most men act ? They talk over their troubles either within themselves, or to others; few go to pour out their souls at the feet of Christ Jesus. And yet that is a prayer so pleasing to God, and so fruitful a practice for the soul! Look at the Psalmist, the singer inspired by the Holy Ghost. He discloses to God all that happens to him; he shows Him all the difficulties that beset him, the afflictions that come to him through men, the anguish that fills his soul. Whether our troubles come from men, from the devil, or arise from our fallen nature or from circumstances, we ought to confide everything to God.

The abbot, more than any other monk, will often find himself in a kind of solitude. While he must make himself available to his sons to listen to the account of their struggles, sympathise with their frailties, reassure them in their anxieties, and console them in their sorrows, the abbot will, more often than not, find himself alone with his own struggles, frailities, anxieties, and sorrows. This can be for him a severe mercy from God, and a salutary loneliness, because it obliges him to bring all his cares and sorrows to Our Lord’s feet and to wait there, in adoration and submission, until Our Lord says, “Arise, 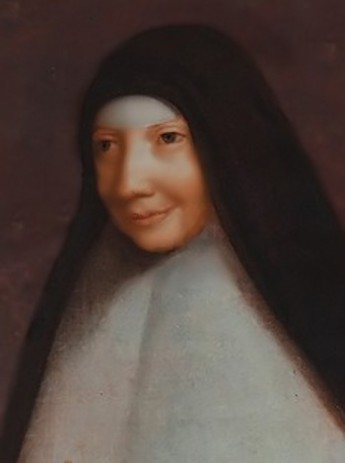 and fear not” (Matthew 17:7). Mother Mectilde’s final words remain the abbot’s ultimate rule: J’adore et me soumets, “I adore and I submit”. There is more spiritual fecundity in one act of adoration and submission than in years of what the eyes of men judge to be successful undertakings.

Saint Benedict concludes this chapter with a series of injunctions that read, very nearly, like the abbatial “Instruments of Good Works” (cf. Chapter IV). Each one of these instruments sets a standard of conduct for the abbot and a pattern of intercessory prayer for any monk who would make intercession for his abbot:

Let him study rather to be loved than feared.
Let him not be violent nor over anxious.
Not exacting nor obstinate.
Not jealous nor prone to suspicion, or else he will never be at rest.
In all his commands, whether concerning spiritual or temporal matters, let him be prudent and considerate.
In the works which he imposeth, let him be discreet and moderate.
Let him so temper all things, that the strong may have something to strive after, and the weak nothing at which to take alarm.
And, especially, let him observe this present Rule in all things.