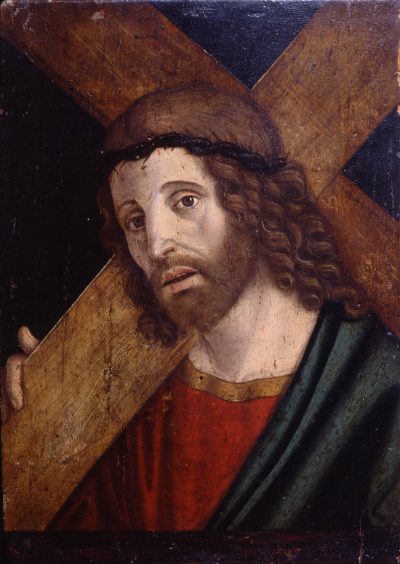 30 Jan. 31 May. 30 Sept.
The second degree of humility is, that a man love not his own will, nor delight in fulfilling his own desires; but carry out in his deeds that saying of the Lord: “I came not to do mine own will, but the will of Him Who sent me.” And again Scripture saith: “Self-will hath punishment, but necessity wins the crown.”

The Second Degree of Humility enshrines this utterance of Our Lord: “I came down from heaven, not to do my own will, but the will of him that sent me” (John 6:38). The insertion here of the very words of Jesus given us by Saint John suggests that the Twelve Degrees of Humility are to be read, and understood, and lived in the light of the Fourth Gospel, which presents the whole life of Jesus, from the Incarnation to the Ascension, as the Son’s passage, through obedience, from this world to the Father.

And whereas indeed he was the Son of God, he learned obedience by the things which he suffered: And being consummated, he became, to all that obey him, the cause of eternal salvation. (Hebrews 5:8–9)

In some way, the Holy Rule is the monk’s companion volume to the Fourth Gospel, for Christ — and specifically the Son eternally turned towards the Father, as depicted by Saint John — is, as Blessed Abbot Marmion taught, the Ideal of the Monk.  I have not always liked the use of the term Ideal. The popular understanding of the word, as it has evolved, even in the field of pastoral theology, tends to suggest that an ideal is a standard of perfection that is unattainable but worthy nonetheless of being kept in view. There is much talk of this at present, and most of it tends to disparage the possibility of attaining the moral ideal and argues in favour of lowering the standard to accommodate the comfort level of the majority.

All of this falls into the pitfall of a disheartening moralisation because it makes abstraction of grace. It is by grace that the humble reality of each man can be raised to the ideal that shines on the face of Christ, and it is by grace that “the light of the knowledge of the glory of God, in the face of Christ Jesus” (2 Corinthians 4:6) penetrates man and transforms him. Omnia possum in eo qui me confortat. “I can do all things in him who strengtheneth me” (Philippians 4:13).

Were Our Lord Jesus Christ no more than a model of excellence, an exemplar of perfection, He would be an ideal according to the meaning widely ascribed to the word today, but the truth of the matter is that He is God from God, Light from Light, Very God from Very God, making possible by His grace all that He commands, and raising by His grace those who, while they fall again and again, and experience their weakness in every possible way, trust nonetheless in His power to configure them to Himself and to bring them, through Himself, to union with the Father. “All that the Father giveth to me shall come to me; and him that cometh to me, I will not cast out” (John 6:37).

The Second Degree of Humility —that a man love not his own will, nor delight in fulfilling his own desires — sends us to the discourse on the Bread of Life in which Our Lord says:

The Most Holy Eucharist not only gives grace — as do all the sacraments — it contains the very source of grace. The resurrection on the last day is not improvised; it is already set in motion by a succession of small daily and hourly resurrections, each of them a triumph of grace. Nothing is impossible to the man who feeds on the Bread of Life, not even the Second Degree of Humility with its disconcerting summons to radical obedience, death to self, and renunciation of one’s own desires. Our Lord Himself said to the Apostle: “My grace is sufficient for thee: for power is made perfect in infirmity”. And the Apostle made a profession of hope in divine grace that finds in an echo in the heart of every man beset with weakness: “Gladly therefore will I glory in my infirmities, that the power of Christ may dwell in me” (2 Corinthians 12:9).