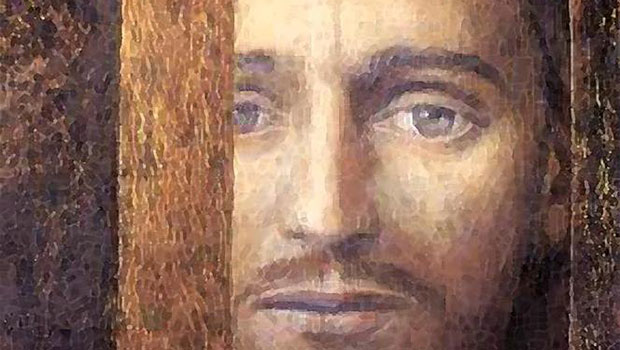 29 Jan. 30 May. 29 Sept.
Let us be on our guard, then, against evil desires, since death hath its seat close to the entrance of delight; wherefore the Scripture commandeth us, saying: ““Go not after thy concupiscences.” Since, therefore, “The eyes of the Lord behold the good and the evil,” and “The Lord is ever looking down from heaven upon the children of men, to see who hath understanding or is seeking God, and since the works of our hands are reported to Him day and night by the angels appointed to watch over us; we must be always on the watch, brethren, lest, as the prophet saith in the psalm, God should see us at any time declining to evil and become unprofitable; and lest, though He spare us now, because He is merciful and expecteth our conversion, He should say to us hereafter: “These things thou didst and I held my peace.”

Not only does the word arise from silence, but it also contains silence and sends us back to the abyss of the mystery of God, beyond all understanding and all words. Silence constitutes the necessary transcendence of the word and its essential reference. (The Compassion of the Father, p. 134)

Saint Benedict makes the connection between the silence of God and His humility. The  humility of God is revealed in that “He is merciful and expecteth our conversion”; that is, He waits for man to turn to Him. Not only is God silent; He also waits for the return of the prodigal son. In the Apocalypse, God in Christ stands at the door and knocks, seeking entrance into every place from which men have excluded Him. The humility of God and His patience in waiting for men is an immense and inscrutable mystery:

Such as I love, I rebuke and chastise. Be zealous therefore, and do penance. Behold, I stand at the gate, and knock. If any man shall hear my voice, and open to me the door, I will come in to him, and will sup with him, and he with me. (Apocalypse 3:19–20)

When Mother Mectilde, in her little book The True Spirit, considers the Sacred Host, she points to the silence and humility of God, the very mysteries that Saint Benedict sets before us today. Mother Mectilde writes:

The soul who renders homage to this state [Jesus silent in the Host] must keep a profound silence with creatures and with herself, not profaning her tongue by the mad things that vanity and self–love produce. Since she has the honour of receiving Jesus in the divine sacrament, she must even, sometimes, keep silent inwardly with regard to God, by means of a humble respect that makes her attentive to the words of life that He utters within her.

Mother Mectilde identifies silence as the particular fruit of one’s encounter with the silence of God in the Host. At the deepest level, the silence of the Host is an appeal for the silence of man. God waits in silence for man to be silent before Him. Vacate, et videte quoniam ego sum Deus. “Be still and see that I am God” (Psalm 45:11). This silence in the presence of the silence of God pertains to the First Degree of Humility. It is, at the same time, the beginning of our conversion to the humility of God.